The recent opening of these bookstores makes a bookshop crawl a remarkably simple and worthy endeavor. 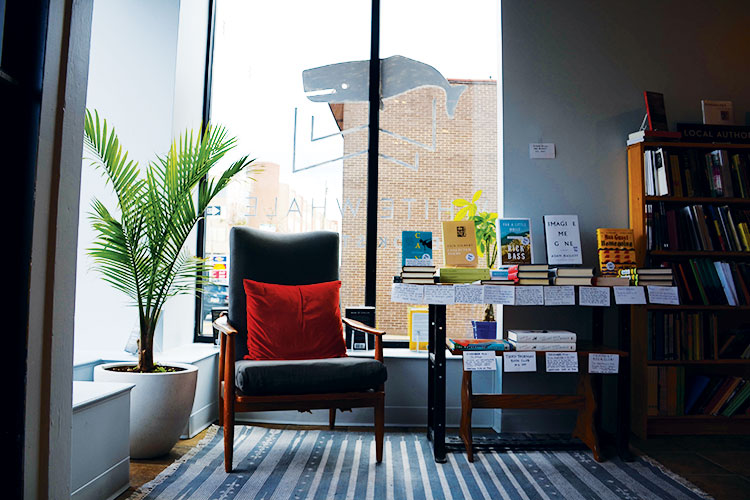 Ah, the pub crawl! What a fine way to spend a holiday afternoon with good friends: Touring our city’s varied neighborhoods and imbibing a tasty beverage or two, taking off a bit of the winter chill. Now that the holiday hubbub (and maybe a hangover or two) is done with, might I suggest a pleasant and family-friendly twist to following The Pittsburgh Ale Trail? How does a bookshop crawl grab you? The opening of several new independent bookstores in recent months makes a crawl a remarkably simple endeavor.

So bundle up and let’s get going. Our first stop is in Bloomfield.

For five years, the East End Book Exchange occupied a Liberty Avenue storefront, hosting literary events and neighborhood meetings and purveying a fine selection of used and new books. In May 2016, the business was bought lock, stock and Facebook page by Jill and Adlai Yeomans. The couple met while working in editorial positions at Hachette Book Group and moved to Pittsburgh in 2012.

“We’d always fantasized about opening our own store,” says Adlai, “but I have to say I didn’t think we’d be doing it at this point in our lives. We feel very fortunate.”

In early October, the Yeomans closed East End Book Exchange and re-opened two weeks later as White Whale Bookstore. The storefront now sports a dazzling blue paint job and an eye-catching “Moby Dick”-inspired logo. Inside, the shop has been opened up quite a bit with the front half given over entirely to new books and the used stock pushed to the rear.

“With our new layout we can fit more people into the store, so we hope to do some bigger events,” says Adlai. Plans are in the works for a fiction reading series as well. 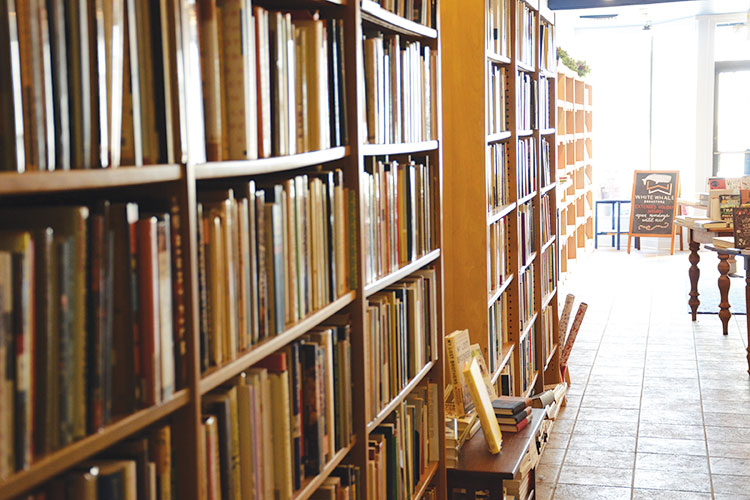 The Yeomans bring their own interests to stocking the shop. “Jill’s passion is children’s books, and mine is independent publishers,” says Adlai. “Expect to see those sections expanding even more.” Displays of staff selections adorned with enthusiastic reviews by the Yeomans greet you as you enter the shop, inviting you into what feels like an extension of the couple’s home. “We aim to be a community hub — a place for engagement, conversation and sharing ideas,” says Adlai with pride.

Down the hill in bustling Lawrenceville, John Shortino and Allison Mosher have opened Nine Stories in the cozy space next to the popular coffeeshop Caffe d’Amore. The married couple says they’re happy to bring a bookshop to the area. “We’ve had so many people stop by and tell us, ‘This is what Lawrenceville needed,’ and we’re so glad to be here,” says Shortino.

A small space such as Nine Stories requires that “everything on the shelves is very carefully curated,” Mosher says. There’s a noticeable concentration on new literature and graphic novels, as well as a display of book-related T-shirts and candles. The shop is conjoined with the neighboring café to allow customers to move freely between the two spaces, which has been a boon to both businesses. Nine Stories hosts a book club open to all on the last Wednesday of each month, and the couple have plans to host a regular children’s story time.

Across the Allegheny River on the North Side, Lesley Rains is busy with her latest undertaking. The former owner of the East End Book Exchange will serve as the manager of the forthcoming City of Asylum Books, a shop inside City of Asylum’s Alphabet City center. City of Asylum has been offering a sanctuary for exiled writers to live and work since 2012. The new bookshop, which aims to open in January of 2017, is an extension of its mission to bring international literature to Pittsburgh, and, according to Rains, “specializes in works in translation and world literature.” It also offers a strong selection of African-American literature, regional and ethnic cookbooks (a favorite of Rains), and a large children’s section that is “especially committed to promoting diversity in authors, audience and characters.

“We want to introduce our community to people and ideas they might not ordinarily encounter in their daily lives,” Rains says.