The 33rd iteration of the PVGP runs through this Sunday. 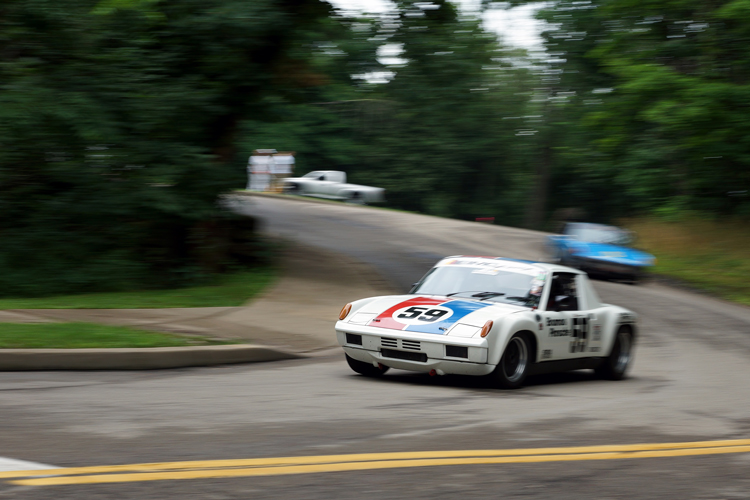 PITTSBURGH'S ONE-OF-A-KIND ROAD RACE TEARS THROUGH SCHENLEY PARK
The serenity of Schenley Park awakens each July to the purrs of spellbinding driving machines. Super-brands sizzle through a twisting 2.3-mile race course. Jaguar. Porsche. Austin-Healey. Triumph. This is the Pittsburgh Vintage Grand Prix, a showcase of automotive artistry and ingenuity. For three decades, Pittsburgh has been at the epicenter of the vintage car universe. No other town in America holds such an event on city streets — an undertaking so immense that it requires upwards of 1,200 volunteers to pull it off. The 33rd iteration of the PVGP runs through this Sunday, culminating with races this weekend. In total, 2,000 cars will be on display; 150 will race. Read more about the race here, and head down early this weekend to claim a spot along the track.
(More info and full weekend schedule here)

DIFFERENT PARTS OF TOWN (AND THE BARS TO VISIT IN THOSE PLACES)
Our annual City Guide issue, on newsstands and online now, has tackled a pretty big task in each of the past two years. The now-annual “Our Communities” feature has taken a look at each and every neighborhood and municipality in Allegheny County (and a few beyond the county line). What’s more, we’ve recommended things to do and praised things we love in all of those places — which always reveals great, heretofore unvisited spots we otherwise might not have noticed. This week, After Dark follows suit and travels to Indiana Township and the lovely Hartwood Restaurant and Whispers Pub. Read more in this week’s edition of After Dark!

CELEBRATE ONE OF OUR CITY'S FAVORITE FOODSTUFFS THIS WEEKEND
Unlike some of the offbeat events to come here (see: giant rubber duck, furry parade), this weekend’s long-awaited Picklesburgh festival has a story behind it — and a local one, too. When H.J. Heinz went to the 1893 Chicago World’s Fair, low attendance prompted him to offer a free pickle pin to everyone who visited the Heinz exhibit. One million pins later, Heinz’s last-minute idea led to what newspapers called “one of the most famous giveaways in merchandising history.”

More than a century later, the Pittsburgh Downtown Partnership is celebrating Heinz’s pickle legacy with a free, two-day festival on the Rachel Carson Bridge. You might’ve heard about some of the fest’s wackier events and offerings — the behemoth pickle balloon, pickle-juice drinking contests, pickle-flavored ice cream and so on. Aside from those attractions, locals will offer pickling demonstrations, where they’ll show you how to make dishes such as pickled jalapenos and kimchi. The BNY Mellon Stage will host live entertainment, with electropop group Balloon Ride Fantasy and rock ‘n’ roll collective Gathering Field headlining Saturday and Sunday, respectively.
(Rachel Carson Bridge, downtown; Friday 3-10 p.m., Saturday 11 a.m.-10 p.m.; click here for more information)

IN THEATERS: The second phase of the Marvel Cinematic Universe — trust us, you either know exactly what those words mean or you don’t need to care — culminates tomorrow, with the release of “Ant-Man,” starring Paul Rudd as the shrinking superhero. Also out: “Trainwreck,” written by and starring Amy Schumer and directed by Judd Apatow, and “Mr. Holmes,” starring Ian McKellan as a much-older Sherlock Holmes.