Spend a Night at the Museum in Pittsburgh

After-hours events aimed at drawing new or young crowds to local cultural institutions are popping up across the region. 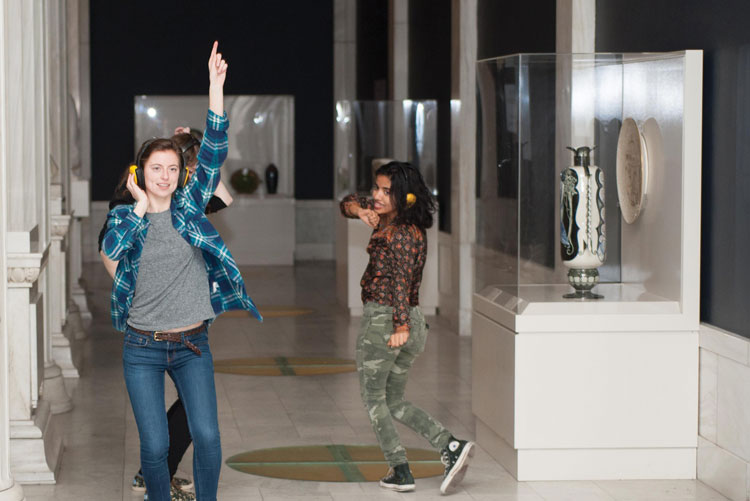 A few years ago, only a handful of area museums, theaters and other cultural venues offered after-hours events filled with food, drink and activities. Now, you can find them multiple times each month.

At the Pittsburgh Public Theater, Downtown, adults 26 years old and younger pay $25.75 to get into Mix@Six, a pre-show event held on one evening per show run; it includes “light bites,” drinks, activities and a play ticket. The Public is a trailblazer for these types of outings; it’s hosted the mingling events since the mid-1990s.

“The goal was to cultivate new and younger audiences,” says Lou Castelli, director of external affairs. “There’s always a game or activity connected, and people really dig that.”
Games are key at the 21+ After Hours Playtime at the Sen. John Heinz History Center. The museum began offering the events in conjunction with its “Toys of the ’50s, ’60s and ’70s” exhibit, which opened in March. Attendees can find giant Jenga, Connect Four and chess games, plus pinball machines, a retro candy bar, a DJ and a cash bar for a $10 ticket, less than the normal museum admission of $16 (although only the first floor is open).

The events originally were scheduled for four Thursdays after the exhibit opened, but two more dates are being added in May because of the response — about 1,000 total people attended the events in March.

“That’s the huge driving force behind this programing — to engage and inspire younger audiences, says Public Programs Manager Caroline Fitzgerald. “There’s this notion out there that millennials aren’t coming to museums, or they’re definitely not coming to history museums.”

Last summer, the Frick Art & Historical Center stayed open late on the first Friday night of the month. The evenings were so popular that organizers decided to expand “Summer Fridays at the Frick” to a weekly series this summer from June 17-Sept. 2.

Entertainment, family-friendly activities, wine bars and dining options — including dinner at The Café at the Frick, food from local food trucks and the opportunity to picnic on the property — all are on the agenda. Admission to the Frick is free, and so are Summer Fridays.

The Carnegie Science Center began its near-monthly 21+ Nights in 2012, turning a venue that generally is filled with kids into a space for a fun night out for adults. Advance tickets are $10 ($15 day-of) and include all four floors of exhibits, live demonstration-theater shows, live music and hands-on activities. Alcohol and snacks are available for purchase.
Past themes have included Pi night, Sci-Fi night and Starry Nights; this month attendees are invited to dance the night away with a Prom theme. Typically 800-1,000 people fill the science center for the events. 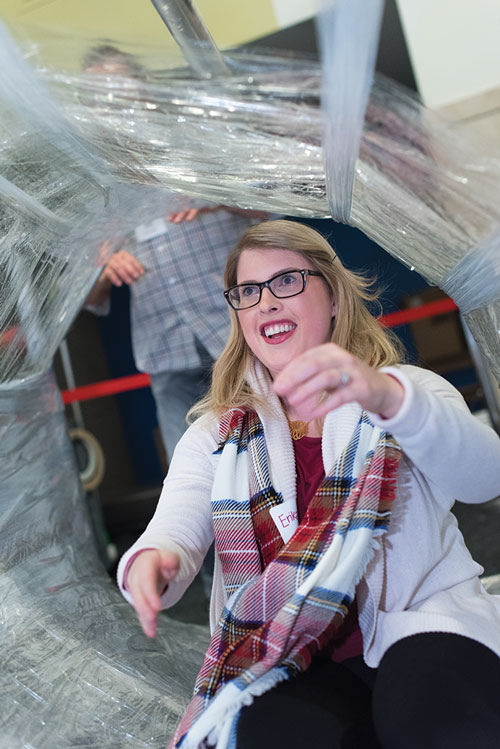 Another place generally filled with youngsters is the Children’s Museum of Pittsburgh, but MAKESHOP Coordinator Katie Koffler says she and her team have as much fun working with grownups at the museum’s quarterly MAKEnights.

​MAKEnight in May will center around the theme, “Let’s Get Physical.” Guests will be transported back to the world of 1990s Nickelodeon shows such as “Double Dare” and “Legends of the Hidden Temple.” Food and drink is included in the price ($25 at the door, $20 in advance and $15 for members).

“We’ll be doing things like making trophies, maybe doing green screens where you can lift light versions of really heavy things … and using shopbots, using motors and batteries to create little bots that can compete in … battles,” Koffler says. “It’s so great to bring adults into our space without kids.”

The same logic applies at Assemble in Garfield, which in April hosted its first 21+ night, “Spring Bling!” modeled after its “Youth Maker Nights.” The events for teens and tweens take place the second Friday of each month; a different “maker” shares expertise and leads groups through activities using the tools at Assemble.

“It’s for the big kid in all of us,” says Assemble founder/director Nina Barbuto.

​Barbuto says she hopes to make the adult-only events into a series as well, with food trucks and a tiered price system ranging from $5-$20 with perks at each tier. 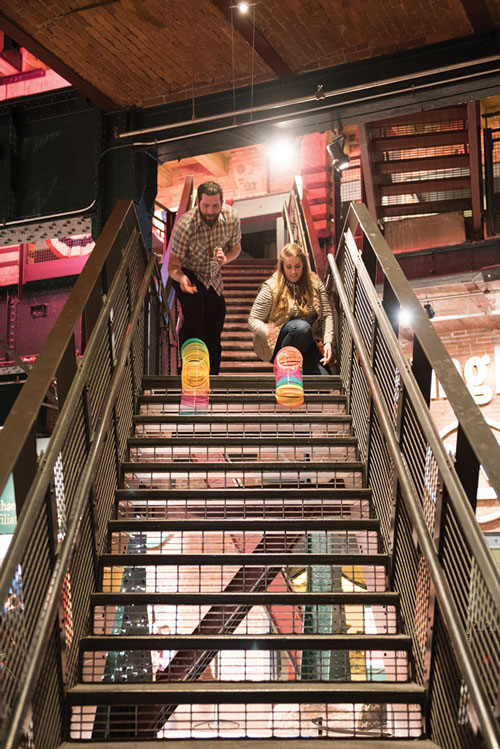 Phipps Conservatory and Botanical Gardens also hosts a variety of after-hours events. One is the periodic Glasshouse Happy Hours — a networking event for young professionals that costs $35 for nonmembers and includes appetizers, two drink tickets and entertainment by group such as Attack Theatre. Party in the Tropics is a dance party on the first Friday in February-May and September-November that’s free with Phipps admission.

The Carnegie Museum of Art began its Third Thursday 18+ events in January. On May 19, three performers are scheduled to give outdoor concerts, and guests are invited to bring a red object to contribute to artist Alison Knowles’ collaborative performance, “Celebration Red.” Admission is $10 ($5 if you bring a red object), and the café offers a late-night menu.

“We wanted to be able to offer a series that cuts across every possible audience,” says Jonathan Gaugler, media relations manager. “Every museum has been talking for years,
‘How do we attract millennials?’ It turns out they like a lot of the same things everyone else likes.”