Local art teacher Chris Galiyas used inspiration from his son’s name, Arrow, and his first home with his wife to create a heartfelt, whimsical baby room. 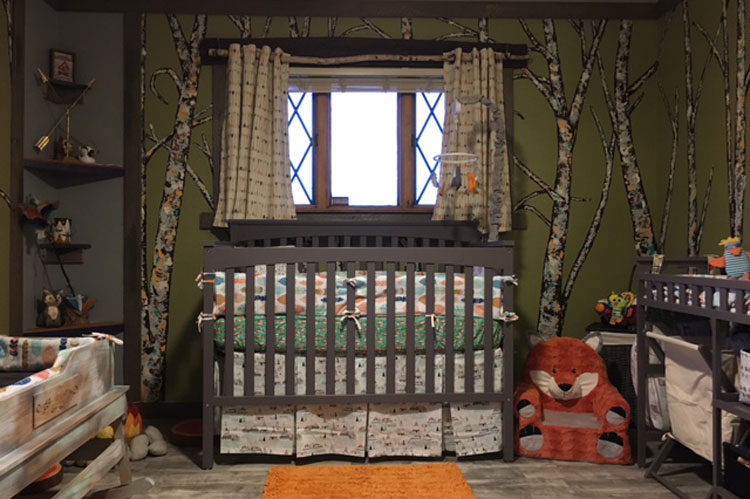 Nurseries have long since broken out of the pastel pink and blue mold, but with a spark of creativity, parents also are moving beyond alternatives such as yellows and greys.

Among them are new parents Chris and Stacy Galiyas, who created a woodlands nursery that contains special meaning as well as honor the name of their new baby boy, Arrow.

The room began with birch trees, recalling Chris and Stacy’s first home together in Brentwood, where they painted a birch tree on the door. It became the signature piece in that house, and they wanted to bring a piece of their past into their present (and future) by placing it in the nursery in their Belle Vernon home. 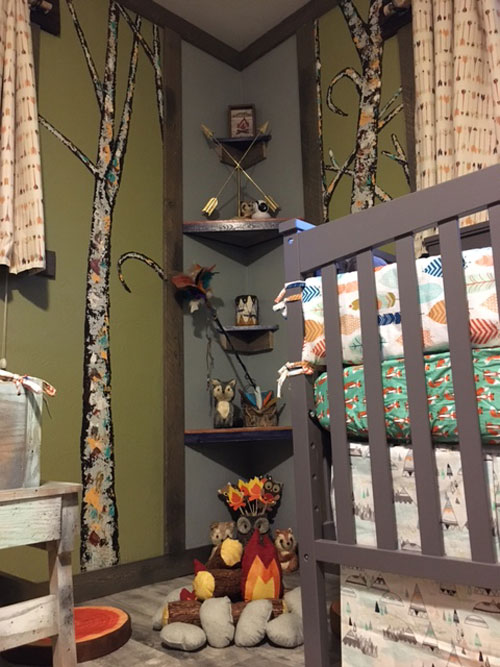 Intertwined in the tree branches are arrows, incorporating their son into the nursery. Several of the decorative arrows hang from the branch of a birch tree, a symbolic addition to the story of the Galiyas family.

After deciding on the birch trees and arrows, the rest of the room unfolded naturally.

“We picked the earthy green background color together, but it was [Stacy’s] initial idea that started the whole room,” Chris says. “I wanted to do a tree house theme, and it was vetoed. However, I added in the hunting, fishing and camping elements along with the totem pole.” 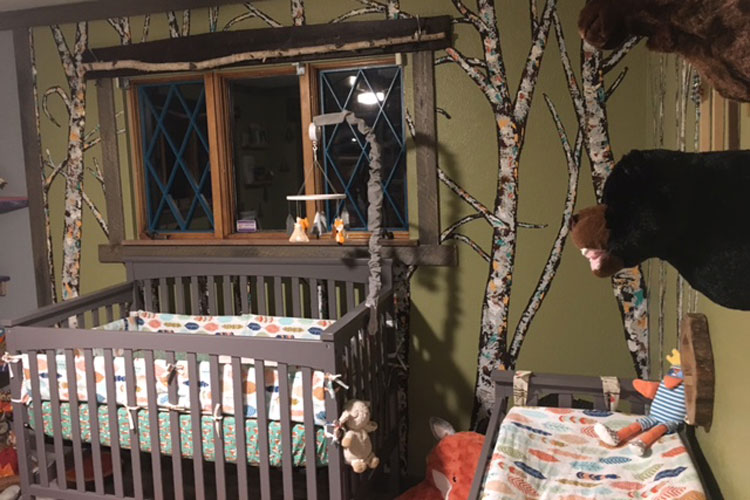 While the couple included plenty of stuffed animals to make the room feel soft and cozy, they didn’t want to make the room too childish. Some of the decorations and furniture can be traded in as Arrow ages, but the color palette and trees give a pleasing, ageless look that Chris hopes will last until Arrow is in fourth grade.

Chris and Stacy knew Arrow was due Jan. 31, but as art and gym teachers respectively in the West Mifflin Area School District, they didn’t have time to start on the room until Thanksgiving break. Many of the animal decorations were gifts from friends and family, but they also made and received homemade pieces.

Chris used his artistic skills to make and paint the totem pole, and his friend, a woodshop teacher, helped create the rocking chair, which Chris gave to Stacy for her baby shower. For the rest, the self-proclaimed “king of typing random words into Google” found many decorations on Amazon, including the stuffed animal trophy heads. 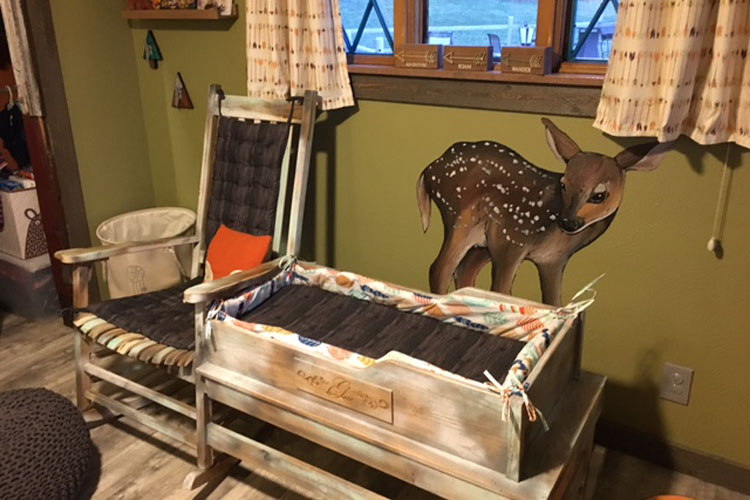 They finished the nursery over winter break, giving them plenty of time to spare before Arrow’s arrival. The artistic project is one of many that Chris has worked on — joining murals for Pittsburgh businesses as well as work for clients in his portfolio — but it has been by far his favorite.

“This was the first time I got to do this for myself,” Chris says. “Other nurseries have been for other people, so I had to part with them. This one I get to come home to every day.”

This article appears in the March 2017 issue of Nest.
Categories: Nest