The Allegheny County Airport Authority has been lobbying for more direct service from Pittsburgh to the West Coast. 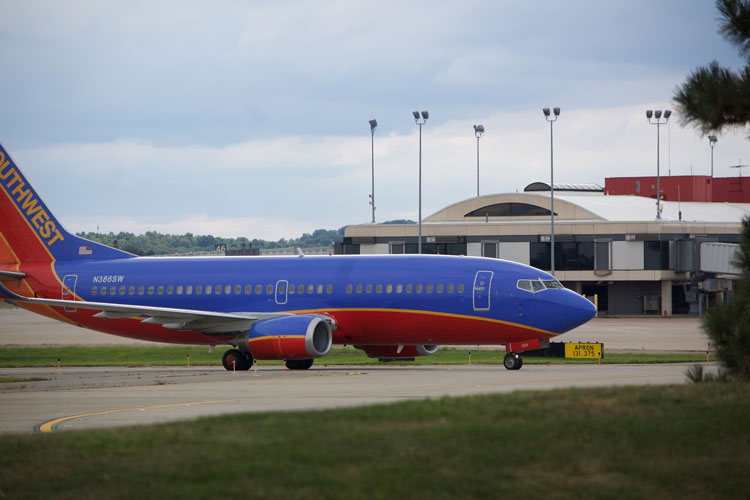 During a visit to Pittsburgh Thursday, Southwest Airlines CEO Gary Kelly said the airline is considering adding as many as six more destinations from Pittsburgh International Airport, although he was unwilling to say where those cities might be or when the service might begin.

Southwest averaged 10 flights a day out of Pittsburgh when the airline began service here in 2005. The average has grown to 25 to 30 flights a day in 2016.

“I love the city. I love the community. I love our people who work here. They do a terrific job,” Kelly told the Pittsburgh Post-Gazette. “It’s been a very nice opportunity and I think we’ve got more to come.”

While no specific cities were mentioned, the Allegheny County Airport Authority has been lobbying for more direct service from Pittsburgh to West Coast cities such as Los Angeles, San Francisco, San Diego and Seattle.

Southwest recently launched a non-stop flight to Los Angeles and Kelly says he will use that as a barometer “for what we might want to do next.”

While Southwest offers the most destinations from Pittsburgh, it’s still competing with US Airways (now part of of American Airlines) for the largest number of flights each month.

“It feels like we’re gaining momentum. Our people are very confident about what they do. I think we’ve won some real fans here in Pittsburgh. We’ll need that to be able to grow from here,” he told the PG.

“Pittsburgh is a real focus city for us. We’re going to keep our eye on things here.”