South Side Park Is a Forgotten Gem and a Future Asset

An ambitious master plan to revitalize the little-traveled South Side Park could set a precedent for green-space redevelopment in the city. 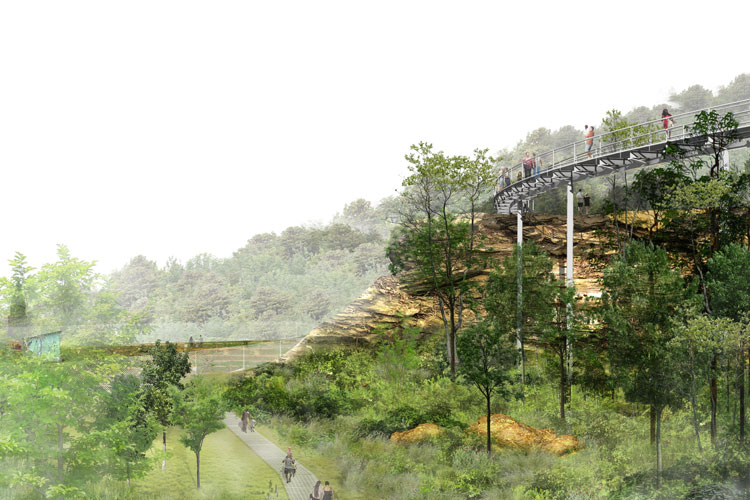 “Sorry,” says a woman as she hurriedly leashes her lab mix. “There’s not usually anyone here.” She smiles as she passes, continuing down a decaying, paved-gravel walkway surrounded by encroaching forest. In the more densely forested parts of South Side Park, you’re almost as likely to stumble across an unsuspecting fox lolling on warm pavement as you are to encounter another person.

At first glance, the 57.5-acre hillside park connecting the South Side Flats to Arlington isn’t much to look at, with one portion so overgrown with invasive vines it has been colloquially referred to as Jurassic Valley. It’s hard to believe the neglected open space is within walking distance of East Carson Street.

“A lot of people don’t even realize the park is there,” says Sarah Ashley Baxendell, director of Green Space Projects for the Hilltop Alliance, a nonprofit that serves as a unifying planning body for several neighborhoods south of Downtown. 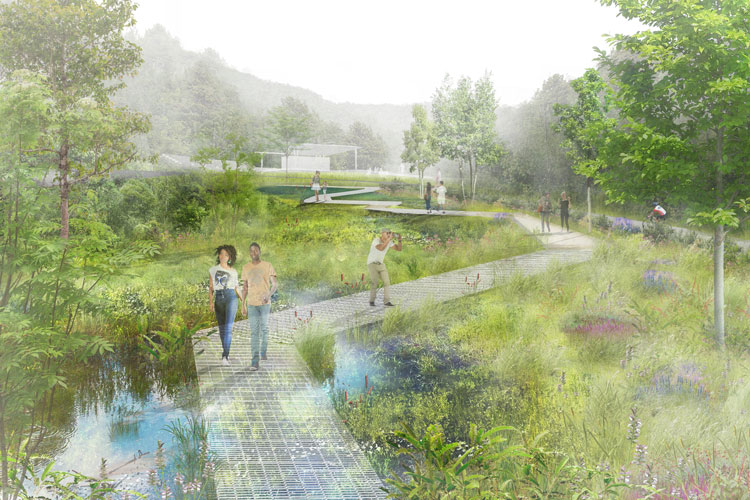 A second look at the green space in the heart of the South Side Slopes indicates a hint of things to come, however. Trail signs were added by the city, and a newer connection was cut into the hillside by the Student Conservation Association and Landforce, a nonprofit that assists disenfranchised or hard-to-employ laborers through trail maintenance programs.

The biggest indicator of reinvestment in the neglected open space is the city’s ambitious, community-driven South Side Park Master Plan. Project managers believe the plan could be a boost to surrounding neighborhoods, transforming the park into an attraction offering new vistas, amenities and further connectivity to Pittsburgh’s growing trail network. The multi-tiered plan includes new trails, invasive species and stormwater management, a community gathering space, an amphitheater, scenic walkways and wetlands.

The effort is in line with the city’s comprehensive OpenSpacePGH management plan and ties in with Mayor Bill Peduto’s call for every child living in the city to have park access within a 10-minute walk from their house.

“I’m happy to see the master plan moving forward and look forward to efforts to showcase the space as part of the city’s overall parks system,” Peduto said in an email. “South Side Park is a key part of our system.” 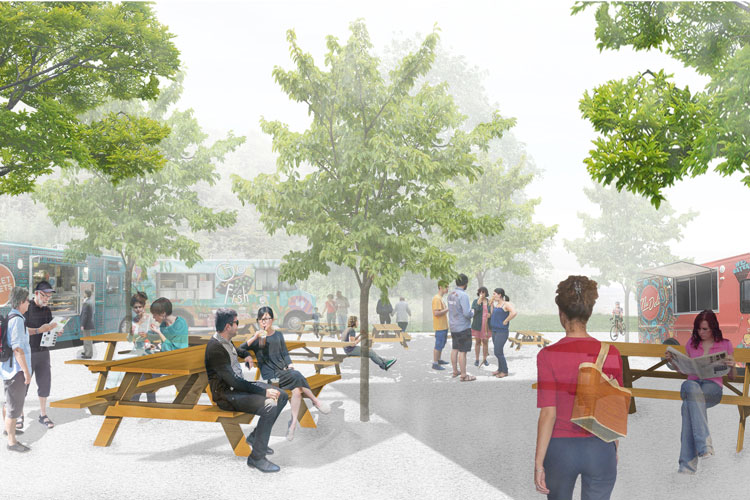 The completed park could potentially tie into the Three Rivers Heritage Trail and Southside Riverfront Park via 21st Street. It could also serve as a bike and pedestrian connection for the Hilltop neighborhoods.
The project is the first master plan for a community park (since the development of the open space plan) where the city has taken the lead in planning, according to Baxendell.

“This is creating a precedent for other master plans,” says Felipe Palomo, a neighborhood planner and project manager for the City of Pittsburgh. A comprehensive plan, he adds, is the key to procuring funding.

Past city parks projects, including the recent fountain restoration at Allegheny Commons on the North Side, have been spearheaded by the Pittsburgh Parks Conservancy and have focused on the city’s larger regional parks: Frick, Schenley, Riverview, Emerald View and Highland Park.

Funding for South Side Park — the need could top $8 million — has yet to be allocated, but Palomo says funding could follow a similar model. “There is state and federal money for this,” he says, describing potential grant opportunities as well as private funding. The city could begin funding the South Side Park renovations as early as 2019. The project could take five to six years to complete, Palomo says, and could be implemented in stages.

The plan could also set an example for future development, including the much larger Hays Woods — almost 600 acres along the Monongahela River between the South Side and Homestead. The city acquired the property in late 2017 and is in the early stages of redevelopment planning.

“We’re light years ahead of where we were 10 years ago,” Baxendell says, describing the process and the city’s recent push to emphasize open spaces.

“There has been momentum in the community,” Palomo says. “We don’t want to lose that momentum.”

This article appears in the September 2018 issue of Pittsburgh Magazine.
Categories: Community Feature, From the Magazine, Hot Reads