Sound of Silence: Century III to be Sold at Sheriff's Sale

The nearly 40-year-old mall encounters foreclosure once again. Will this sale be the end of the line? 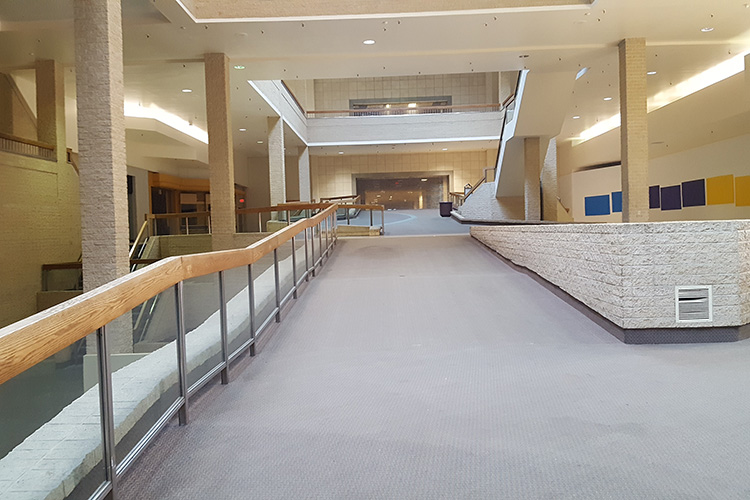 It’s been years since West Mifflin’s Century III Mall was considered a hot shopping destination. These days, the mall is so empty you’re more likely to find people having a nerf-gun war than actually shopping.

It may finally be the end for the once-great shopping mall. After two of its last anchor stores, Sears and Macy’s, closed in 2014 and 2016 respectively, Century III will be sold at a sheriff’s sale — otherwise known as a foreclosure auction — on June 4.

Century III opened in 1979 and was once one of the biggest and best malls in western Pennsylvania. Moonbeam Capital Investments LLC bought the mall for $10.5 million in 2013 after its former owner, Simon Property Group, defaulted on its $79 million property loan. Unless another buyer comes along with a plan to give the space a third chance as a shopping mall, the sheriff’s sale will be the end of an era.

Despite its now-short list of open stores, it seems Century III mall will always hold a special place in many Pittsburghers’ hearts.

As a W. Mifflin native who remembers the glory days of #CenturyIIIMall, this hurts my heart. Its time was probably up regardless … but the last few owners certainly hastened its death with neglect. https://t.co/Wl8d3DBwGM

Century III Mall – The place to be in the 80’s and now its dead. As a child of mallrat culture this saddens me. #deadmalls #1980s

Recent Century 3 Mall visit. Nostalgia kicked in walking this mall. As a kid/teenager I came here a good bit. When it opened in 1979, it was one of the biggest malls in America. Sad to see the shape it is in today. Only roughly 19 stores left out of the 200 at its peak.