Sometimes Your Best Friends in Life Aren't on Facebook

PittGirl wonders if it's still possible to raise kids to be big-hearted people in an age of self-obsession. 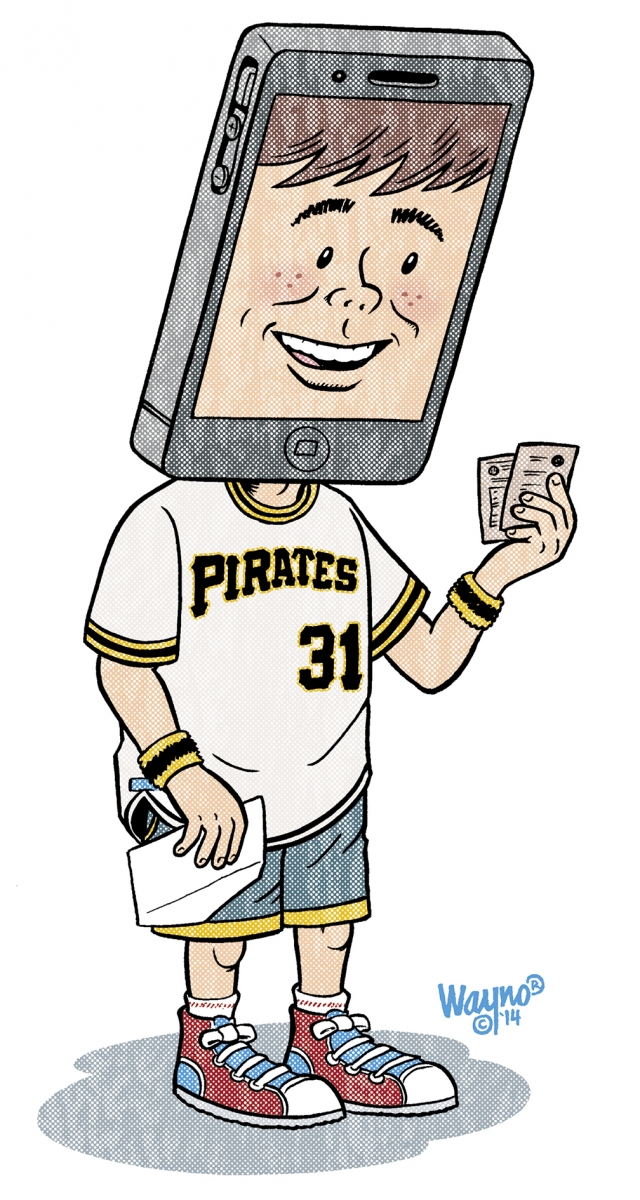 Raising kids nowadays means we have the technology to track their every move. We can check their grades whenever we want. If they try to ditch school, we’ll know by 10 a.m., when the school’s attendance system calls the house to rat them out, and we can punish them simply by changing the Netflix password.

Technology also can make it difficult to raise a respectable member of society. Rules that didn’t exist years ago now are parental mantras: You can’t erase the Internet. Don’t text anything you wouldn’t say to Gram. For the love of God, never use the #blessed hashtag, not even if you win the lottery 10 days in a row.

Our social media-obsessed society has spurred an increasingly inward focus, even in preteens. How many “likes” did my picture get? Why does she have more followers than me? Twelve-year-olds are posting duck-faced selfies to Instagram and asking their followers to rate them. Then they obsess about their appearance.

I’m raising an 11-year-old boy. My hope is simple: When prospective employers Google his name 10 years from now, they won’t find an Internet meme revolving around something dumb he did in college that involves a police cruiser, two traffic cones and a roll of duct tape. It’s a simple goal — for him to keep a clean Internet record. Good grades and manners are just the cherries on top.

Before I let him jump into social media, I want to be sure he’s learned to care more about others than himself. I don’t want him to worry about followers, “likes,” retweets, rankings and whatever the hell they’re doing on Klout.

At times, he’ll whine about coveting the latest trendy shoes or socks. (Side thought: Did you know that Nike has convinced America’s youth that they must spend $24 on a pack of socks? My mom probably bought 50 pairs for $24 at Hills.)

I say, “You’re spoiled. I’m taking you to Haiti, where kids might not get to eat for a whole day. Where it doesn’t matter if your shoes are KDs or Lebrons — because you’re lucky to have shoes. Where some kids don’t want Instagram; they want a house with real walls.”

That lecture has gotten stale. He knows I’m probably not taking him to Haiti to learn lessons about having an outward focus. How can I teach him that what he has or wears isn’t the least bit important? Rather, what he does, especially for others, will impact his self-worth and success. After all, no great empire was built upon the foundation of the perfect duckface. (I’m getting that stitched on a pillow.)

Turns out, a generous ’Burgher can do something quick that will teach what hours of speeches never could.

My son loves baseball. Every day he begs my husband to play catch — on any warm evening, they’ll be in the yard until the daylight (or the 42-year-old shoulder) gives out. He watches or listens to every Pirates game. Has a shoebox full of baseball cards. (That’s a country-music song lyric; I don’t apologize.)

We recently found two envelopes tucked in the mailbox. Inside the first was a scrawled note: “Seen you outside cutting the grass in a Tabata jersey and wanted to toss these your way for you and your son. Had a lot of help recently and wanted to pay it forward. God bless, and go Bucs!”

Out of the second envelope we pulled two Jose Tabata baseball cards, including his rookie card. Both were perfectly preserved, autographed and with certificates of authenticity.

My son quietly turned the cards over and over in his hands. Someone we don’t know gave him a treasure and asked nothing in return. He wasn’t following my son on Twitter. Wasn’t his friend on Facebook. Never clicked “like” on Instagram. Didn’t care about his shoes or Klout score. He gifted something out of selflessness.

That’s a person maintaining an outward focus. That’s the goal — the lesson lived out loud: Be a good person, not a good social-media user. I think my son learned that firsthand. And I didn’t have to get on a plane to Haiti to teach him.

This article appears in the August 2014 issue of Pittsburgh Magazine.
Categories: From the Magazine, Hot Reads, PittGirl