Born in a tiny Westmoreland County town, Jill Corey became a star for Columbia Records in the 1950s. But after a series of hits, a love affair with Frank Sinatra and marriage to famed Pirate third baseman Don Hoak, her life took an unexpected twist. 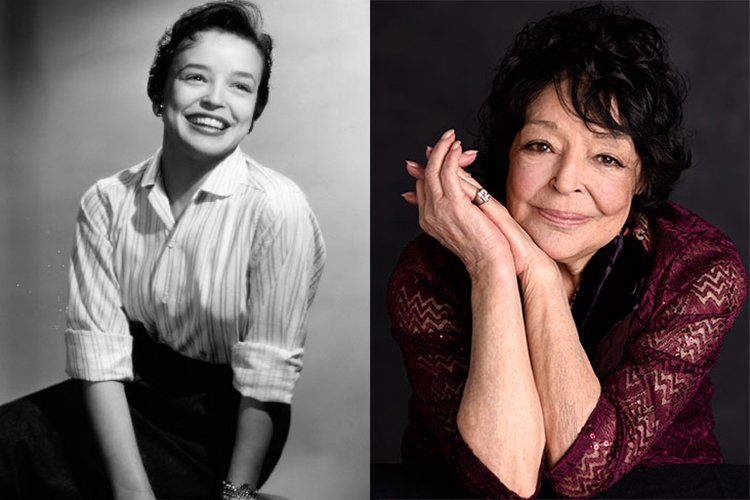 Whether by fate or chance, some singers come to be identified with a song that can serve as a near-perfect title for a book, movie or play about their lives.

On Nov. 9, 1953, when she was just 17, Norma Jean Speranza of Avonmore, Westmoreland County, was featured in a Life Magazine cover story called “Small Town Girl Gets New Name And a New Career.” For the next seven years, Jill Corey recorded hundreds of songs for Columbia Records, such as “Love Me to Pieces,” “I Love My Baby,” “Let It Be Me” (which later became a hit for the Everly Brothers) and, of course, “Sometimes I’m Happy,” the featured single on her career-defining album, “Sometimes I’m Happy, Sometimes I’m Blue.” 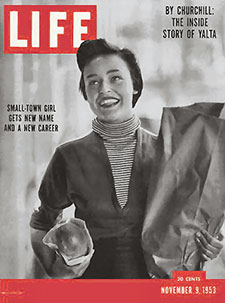 In addition to near-constant recording, she was a regular on NBC’s popular weekly musical revue, “The Garroway Show”; appeared on dozens of other TV programs, including “The Ed Sullivan Show” and “Your Hit Parade”; played the Copacabana, the Blue Angel and most of the other big nightclubs; and had a whirlwind social life that included several famous paramours.

But just 16 years after that extraordinary article in Life, Jill was a widow with a young daughter facing a steep uphill climb to get back into a career she been absent from for almost a decade.

Born to a coal miner and his wife in 1935, Jill was the youngest of five Speranza children. She stood out from the pack because of her natural vocal assets, which became evident early on. She couldn’t help singing, and people couldn’t help noticing. At 13, Norma Jean won first place in a local talent contest; the prize was a year-long singing engagement on a local radio station. That was followed from ages 14 to 17 as vocalist for the Johnny Murphy Orchestra, where she made $5 a night.

At 17, she made a demo tape and sent it to Mitch Miller, one of Columbia Records’ most active and innovative producers (and later a star in his own right). Why did Miller, one of the busiest producers in New York City, decide to pick Norma Jean’s tape out of a massive pile of submissions and listen to it?

“I had a lot of miracles in my life,” Jill modestly and earnestly asserts from her apartment in Downtown Pittsburgh.

Norma Jean crooned seamlessly from soprano sweetness to a sultry contralto — arguably a cross between Debbie Reynolds and Judy Garland — but she put her own affable pureness and dramatic sophistication into every lyric. Almost before she had time to wonder what, if anything, would happen to that demo tape, Miller asked her to fly to New York, where in the span of a single day he signed her to a recording contract, contacted Life, called Dave Garroway, and primed himself to see an Avonmore girl turn into a star. 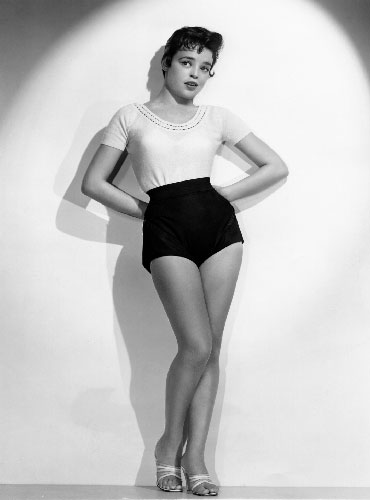 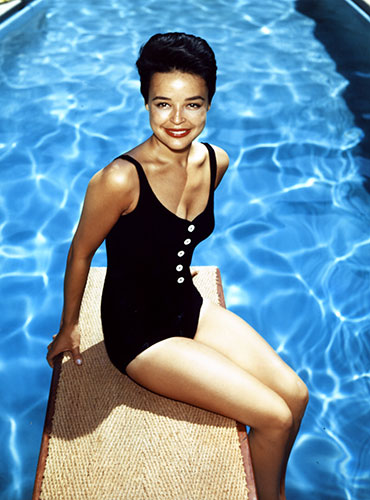 At 5 foot 3, with sparkling brown eyes, brown hair that seemed stylish no matter what the style and a personality of infectious good cheer, Norma Jean seemed ready to take off into the entertainment stratosphere.

But, like many singers at the time, she had to change her name.

“On the Garroway show, there was a Corey coffeemaker in the dressing room, and the head of the publicity department was dating a girl named Jill,” she recalls with an affectionate chuckle. That’s how Norma Jean Speranza became Jill Corey, the singer whose life after Life sounds too sensational to be true. How sensational? Well, for one example, there was her love affair with Frank Sinatra. 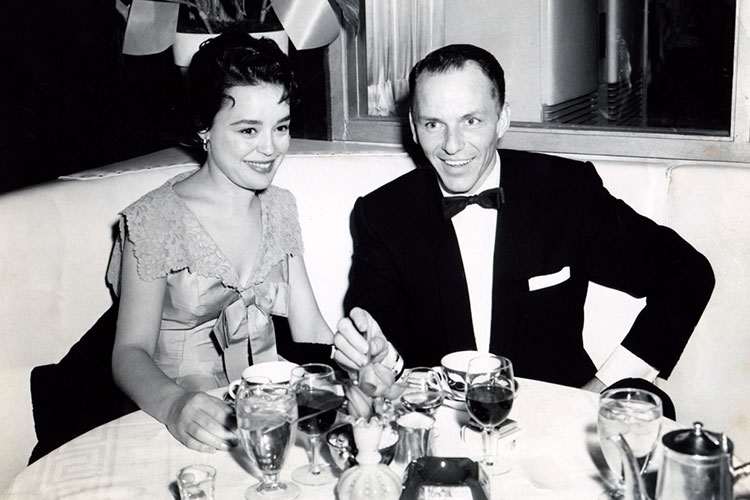 In the summer of 1954, Jill Corey met Frank Sinatra at the Copacabana in New York City.

The two met in 1954, while Sinatra was married to Ava Gardner. A tryst with the superstar could have derailed the former born-again Christian, but she stood by her principles.

“Frank wanted to know if I’d go to Las Vegas with him,” Jill recalls. “I said I’d have to check with my father. I was 18. I called my dad, and he said that Frank and I would have to have chaperones. So Milton Berle and his wife and Peter Lawford and Ethel Kennedy were our chaperones.”

Her relationship with Sinatra lasted a year. She keeps the details to herself. “He did ask me to marry him,” she allows, going no further. She does recall how, when she met Sinatra again years later, he said to her, “Jill, can you tell me why we never got married?” “I don’t know,” Jill remembers saying to him. “I don’t know.”

But in Jill’s view, whatever happened was supposed to happen. After all, had she married Sinatra, she may never have met the true love of her life. Don Hoak, third baseman for the Pittsburgh Pirates, came into her life five years after she stopped dating Sinatra. Hoak was smitten and pursued her like a man obsessed. 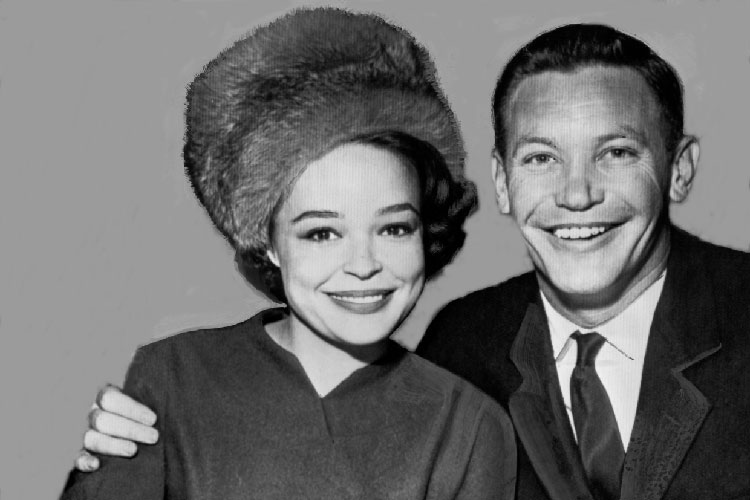 “Don was very possessive of me, and we loved each other very much,” Jill says. That, in essence, is her no-apology rationale for giving up her career to be a spouse. Don seemed to prefer it, and Jill didn’t seem to mind. When Clare Hoak was born in 1965, the decision appeared even more sound. Why shouldn’t her daughter have the kind of solid family upbringing she had had in Avonmore in the 1940s?

Hoak played in the majors for 11 years, including with the Pirates during their 1960 World Series win. After his playing days ended, he managed in the minor leagues, did some on-air announcing and worked for a time in public relations. 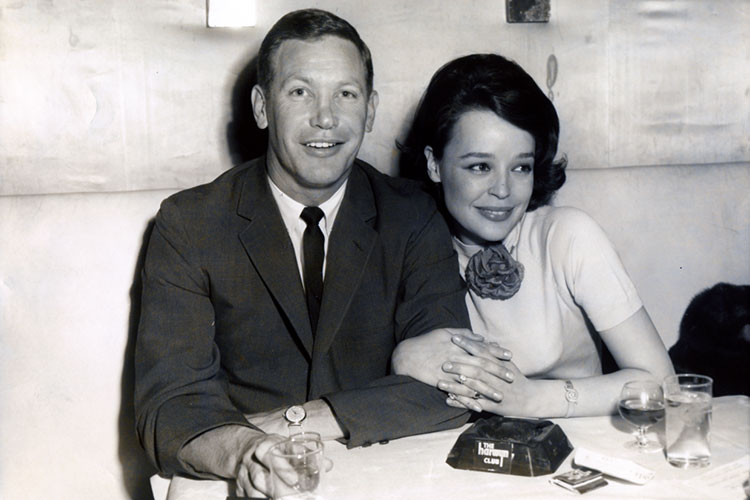 By 1969, his baseball prospects and income were waning.

At the time, the Hoaks were looking for a small house to buy, and Don had hopes that he would be named manager of the Pirates.

For a while, it seemed he was the leading contender. He came home from work one day to find out that the man who had interviewed him for the job, former second baseman and current Pirates front-office executive Danny Murtaugh, had taken the job himself. Don was devastated.

“He went to the front door to look out, to get a different perspective, I guess,” Jill reveals. “He saw my brother-in-law’s car being stolen. Don was impulsive and did whatever he thought was right. He just ran out the door and got in his car.”

He suffered a heart attack while chasing the thief and died soon after.

“I never swore my whole life,” Jill says. “My older sister used to wash out my mouth with soap when I was little. For the first two hours after he died, I did nothing but swear.”

She claims to have been spewing nonstop expletives in the hospital hallways to the point where nurses had to ask her to quiet down for the sake of other patients.

Soon after, Jill had to go back to work. 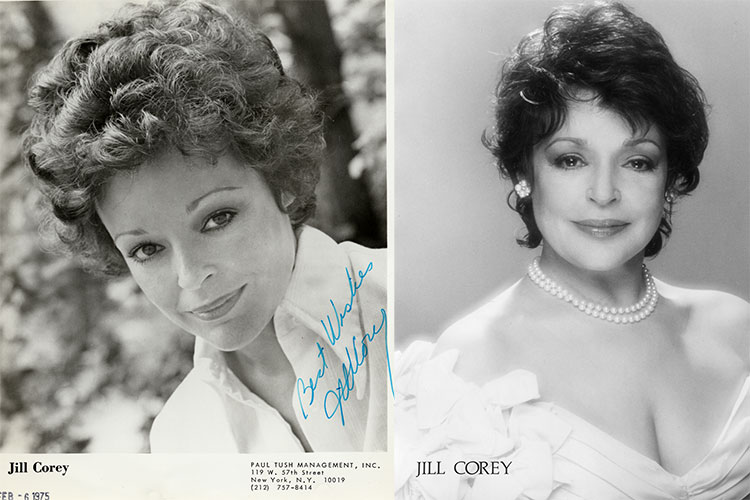 At 83, Jill lives in an apartment in Downtown Pittsburgh with Clare, a former model now 53. She’s weak and frail, and her back gives her considerable pain. A fall in her kitchen bruised her ribs and scared her into cutting back significantly on how active she is.

“She watches over me,” Jill says about her daughter. “I can’t take a shower by myself, so she’s there to hand me the shampoo and soap. When I try to do too much, sometimes I have to get back in bed.”

She doesn’t perform anymore. When she talks about the comeback years, her words are tinged with a touch of regret, for although she starred in dozens of well-received regional musicals and played several concerts to wonderful reviews, it never matched the heights she had reached. What’s more, two of her biggest showbiz dreams, movies and Broadway, never came to full fruition.

She puts the blame — probably unfairly — on herself. 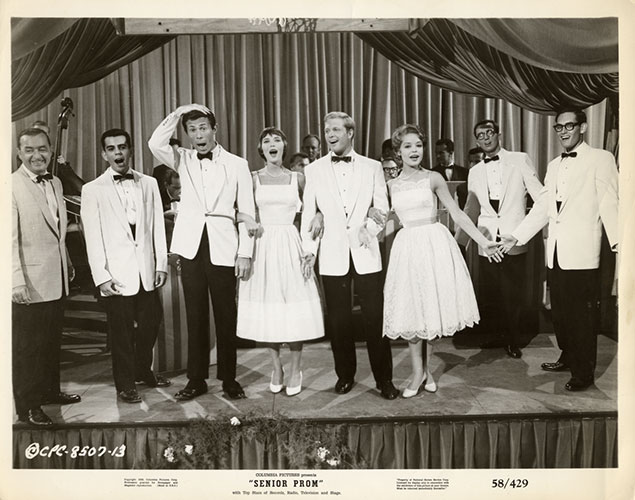 Cast as the singing ingénue in the 1958 campus romance film “Senior Prom,” Jill decided during shooting to wear a little pearl on a gold chain that her father had given her. She says that the producer demanded she take it off, but she steadfastly refused.

“It messed up my movie career pretty quickly,” she insists, claiming that her behavior caused her to be cut out of most of the movie’s publicity activities.
Then, in 1961, she was asked to play Lucille Ball’s sister in the new stage musical “Wildcat.” The show introduced “Hey, Look Me Over” to the world — but without Jill. She told her agent that she wanted to do it, but he was not on board with the idea, for financial reasons.

“He said, ‘Oh Jill, I’ve got you booked for $3,000 a week. On Broadway, you’ll make $250.’ I was always too timid.” Whether or not her perceived snub to the producers was a Broadway kiss of death is unknown — but she never appeared on the Great White Way.

The stages to which she did return after her husband died were regional ones, in such shows as “Promises, Promises,” “Annie Get Your Gun” and “Sweet Charity.” Although she returned to success in the cabaret world, things had changed. First, the clubs were closing or changing formats, and secondly, her 1950s audiences had other priorities.

Although there were many raves about her appearances at such classy venues as the Algonquin Club on her second go, Jill nevertheless was cognizant of the hurdles she faced in this new era — which is why newspapers ran such headlines as “Singing Career Is Harder the Second Time Around” to describe her effort.
In the early 1990s, Alan Eichler, a theatrical manager who handled the careers of Eartha Kitt, Patti Paige and Anita O’Day, among others, booked Jill into a one-week engagement at the Cinegrill at the Hollywood Roosevelt Hotel.

“She was very nice to work with. Never difficult,” Eichler remembers. “But her face shows everything she’s thinking, so I was able to tell how disappointed she was. She was hoping it would be a bigger show.”

Indeed, sometimes she’s blue, thanks to the ravages of time and the inevitable conjecturing of what might have been had she spoken up here or kept quiet there. She says she thought about writing a book about her life (she actually began it) to be called “Excerpts from a Life: Love, Tragedy and Miracles.” To deal with the blues, Jill turns to those closest to her — mostly Clare — and to her faith. “I talk to Jesus all the time,” she says confidently.

But mostly she’s happy. After all, her goal was to be a famous singer, and for several remarkable years that’s exactly what she was. What’s more, she adores Clare. And she’ll always have the blessed memory of the kind of marital love affair that was nothing short of heavenly.

Or as she would prefer to put it, miraculous.

This article appears in the October 2018 issue of Pittsburgh Magazine.
Categories: Arts & Entertainment, From the Magazine, Hot Reads