Sold! ‘Silence of the Lambs’ House Gets a Buyer

Nearly a year after it was listed on the market, the infamous Fayette County Victorian has a new, anonymous, owner. 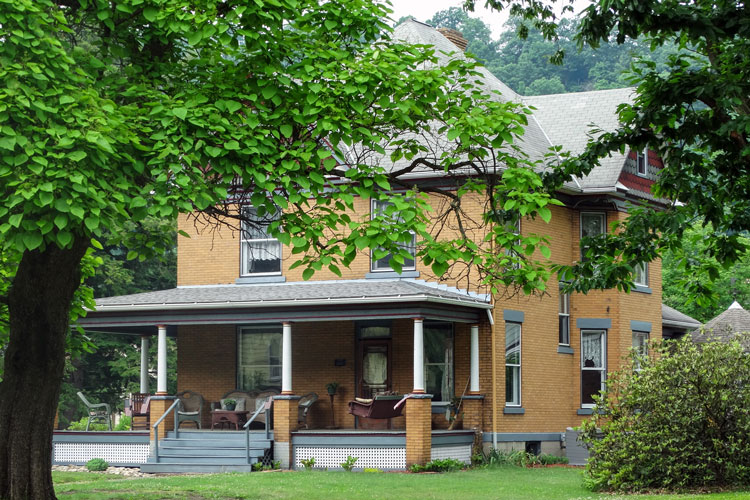 Anyone planning to bring a housewarming gift for this new property owner may want to ix-nay on the lotion.

After languishing on the market for nearly a year, the Fayette County home featured in the Academy Award-winning psychological thriller “The Silence of the Lambs” has sold to an anonymous buyer.

Located about 30 miles south of Pittsburgh near Perryopolis, the three-story Victorian, which was home to serial killer Jame "Buffalo Bill" Gumb in the film, sold for $195,000 earlier in July. The home originally was listed for $300,000 when it was put up for sale last August but dropped in price several times before finding a buyer.

RE/MAX Select Realty agent Dianne Wilk told the Pittsburgh Tribune Review that the previous owners, Scott and Barbara Lloyd, felt the home, which they bought in 1976, was special and that the movie may have improved its value.

Perhaps due to the creep factor — the Lloyd’s foyer and living room appeared in the film — the home received heavy interest while it was for sale. The Today Show, The New York Times and other national media outlets featured articles on the century-old house, which, alas, does not come with the basement dungeon where Buffalo Bill kept his victims before skinning them. Those scenes were filmed on a sound stage.

Wilk told the Trib that the buyer, who found the home through his interest in “The Silence of the Lambs,” preferred “to keep a low profile.”

Now retired, the Lloyds have since moved to a ranch-style house they built several miles away from their former abode.