While it's not among Downtown's best, Social House 7 is a fine place for a drink and a bite — but we're stuck on a bizarre element of the décor. 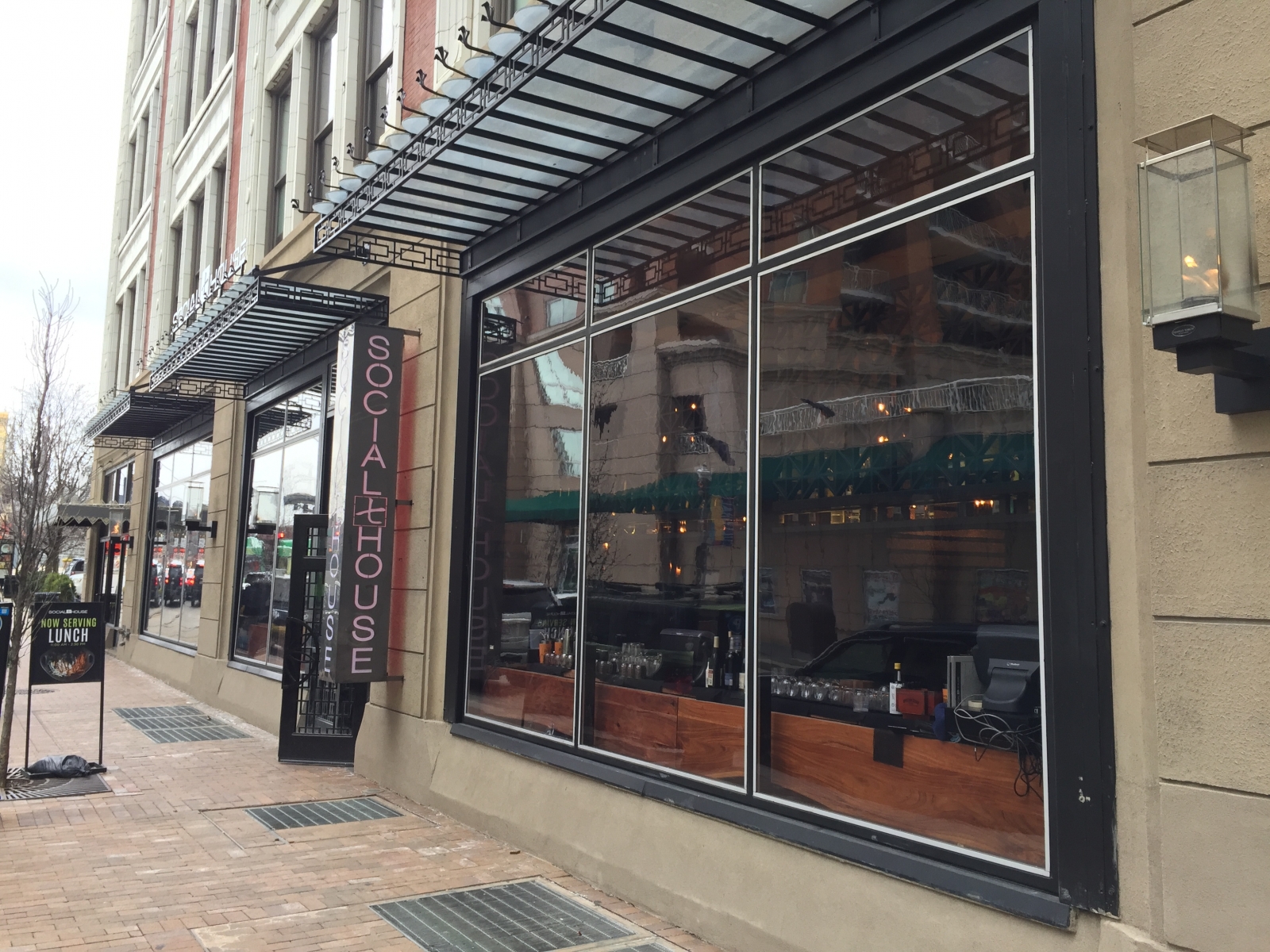 There’s a curious decorative element just inside the front door of Social House 7, the relatively new bar and restaurant on Seventh Street. Open the door and you’ll be facing a second set of doors, finding yourself in a small breezeway. Keep your eyes ahead and you’ll notice nothing out of the ordinary.

Look down and you’ll see fish.

Living fish. Koi, to be specific. Not, as you might be thinking, near the breezeway in one of the eponymous ponds typical of an Americanized Asian restaurant.

You’re standing on a glass floor. Underneath it, in a bare concrete enclosure, are some disinterested fish. It’s bizarre. It’s a little disturbing. It’s like something out of a particularly obtuse Scandinavian film. And while I was having a relatively fine time at Social House 7, every few moments, I found myself thinking: “What’s with those fish?”

The drinks at Social House 7, which opened in October in the former Bossa Nova space, are perfectly acceptable, pleasing and flavorful twists on ubiquitous cocktails — a Mule variation, a Mai Tai. My Orange Blossom Gimlet was refreshing. Social House 7 also has a good sake list (while not quite a true izakaya, their website uses the term “izakaya-style,” which is accurate enough), certainly the best you’ll find Downtown. The beer list isn’t bad, either, with five dedicated taps for Pennsylvania craft beers and a few bottled Japanese beers that go beyond what you’ll typically see.

But, like, are those fish happy? Do koi care about their environs? Could we add some plants, some pebbles — even one of those plastic scuba divers that you throw in an aquarium?

I liked the food as well; the servers at Social House 7 will urge you to share a selection of appetizers and sushi plates. The spicy crab salad was tasty; sauteed spicy edamame livened up what can easily become a ho-hum appetizer. The sushi I tried tended slightly more towards the showy, ingredient-heavy stuff you’ll find at a suburban sushi joint, but there’s nothing necessarily wrong with it (I certainly order sushi from wherever I can find it often, and am rarely disappointed). The prices might give me a bit of pause, but they’re not outlandish.

Surely koi can’t like all this noise, though. The music inside — Social House 7 often offers live DJs — combined with the chatter of the patrons. Not to mention the footsteps overhead! We’re stomping on their roof, for pete’s sake! That can’t be cool, right?

While the service was a bit spotty — at one point, we waited so long for attention that we had to forego an additional round of plates and simply ask for the check — Social House 7’s robust hours of operation separate it from many Downtown establishments. It can’t compete with a half-dozen nearby favorites on food or drink, but it can make up ground simply by being a nearly-constant option; full service is available until at least 11 p.m. every night of the week, a late-night menu is available until 1 a.m. and the bar remains open until 2 on weekends. There’s also daily lunch service; few Downtown hotspots can match those hours.

Listen, I understand there’s some irony involved in repeatedly thinking about these fish when I am going to a place to literally eat fish, but it’s just so uncanny! It would be like if I went to a steakhouse and they led me past a dentist’s office waiting room filled with indifferent cows. If I went to a barbecue and had to navigate a hedge maze full of chickens to find the bathroom. What … what’s the point of these koi?

All told, it’s an acceptable, if not outstanding, Downtown option. It’s big, so you’ll have an easier time getting a table than you might elsewhere, and there’s something to please most guests both in food and drink. It’s not likely to be many people’s favorite spot, but you’re not likely to leave disappointed.

You are, however, likely to leave asking, “Seriously, though, what is up with those fish in the floor?”