Sochi Watch: Keeping Track of ’Burghers at the Olympics

The games are underway — here are the locally bred athletes we’ll be watching. 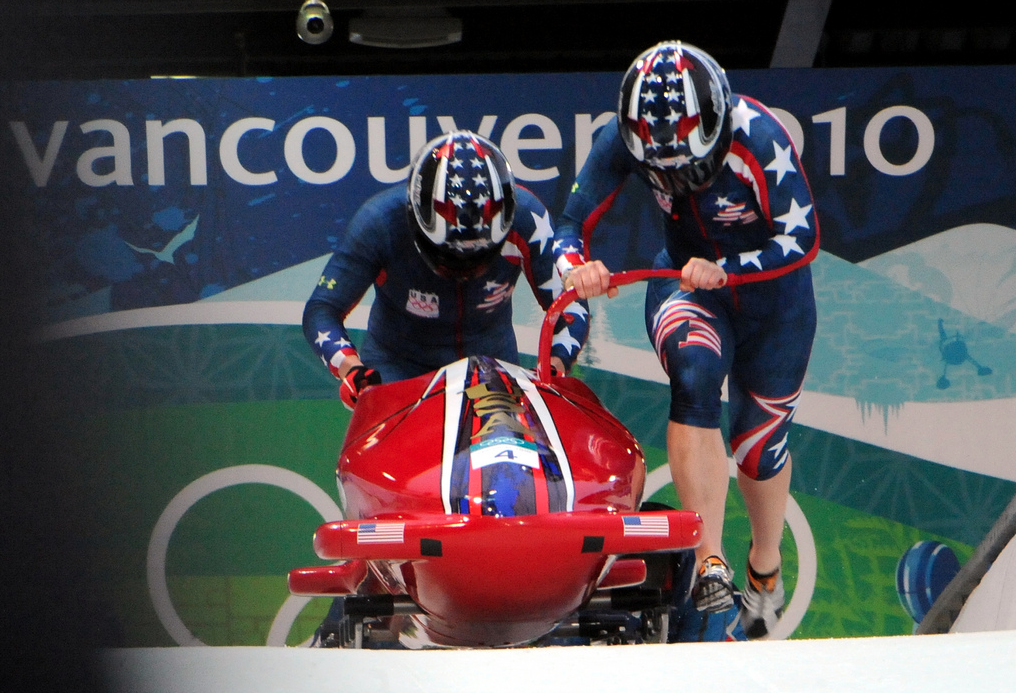 We know: So far, your experience with the Sochi Olympics has been mostly tied up in hashtags, shocking-yet-not-shocking Instagram photos of busted toilets and months of news coverage detailing everything about Soichi except the actual sports. Now that the Winter Olympics are well underway, though, we’d like to turn our attention to the action on the ice, snow and track.

Throughout the games, we’ll be updating you on the outcomes and outlook for the athletes with local ties who’ve made the transcontinental voyage.

The only true Western Pennsylvania native among Team USA is Rochester’s Lauryn Williams, whose improbable journey to Sochi is detailed in our February issue. Since that story went to press, Williams wasn’t just named to the Olympic bobsled team — she’ll be on America’s top team for the competition, pushing the sled driven by World Cup gold medalist Elana Meyers. Should the team score a gold medal, Williams will become only the second person to ever win gold at both the summer and winter games (after boxer/bobsledder Eddie Eagan).

Competition for Williams begins next Tuesday; you can stream her events live that day at 10:15 and 11:15 a.m. EST or wait for NBC’s delivery of the day’s highlights Tuesday night.

We’ll also be following those who’ve traded Penguins sweaters for the colors of their home countries. Paul Martin and Brooks Orpik will represent the Penguins on Team USA — as will head coach Dan Bylsma and general manager Ray Shero. Our favorite rookie, Olli Maatta, will join his countryman Jussi Jokinen on Finland’s squad, and Sidney Crosby and Chris Kunitz will lead a stacked Canadian team. Meanwhile, Evgeni Malkin will carry the host nation’s hopes on his shoulders as Russia pursues a gold medal in the make-or-break event for their Olympic campaign.

All four of those teams will drop the puck Thursday: Finland faces Austria at 3 a.m. EST, both the Russia-Slovenia and US-Slovakia matchups are scheduled for 7:30 a.m. and you can watch Crosby and company take on Norway on your lunch break, thanks to a noon start time.

We’re keeping an eye on Brianne McLaughlin, the Robert Morris grad and women’s hockey goaltender. The women’s competition is already underway (although McLaughlin hasn’t seen any ice time yet); Team USA is tied with Canada for first in Group A after besting Finland 3-1 on Saturday and handing Switzerland a 9-0 shellacking earlier today. The American team is already guaranteed a bye into the semifinals; a showdown with group rival Canada this Wednesday (at 7:30 a.m. in these parts) will determine the top seed for the championship tournament.

We’ll be back on Wednesday to give you an update on the women’s hockey team and preview that squad’s medal chances — and if we can figure out 24-hour time and subtract nine hours effectively, we’ll give you a men’s hockey schedule for the weekend, too.

Now, feel free to continue talking about #SochiProblems — but be sure to leave some time to #ActuallyWatchTheGames.