The men’s and women’s squads head into crucial elimination games this week. 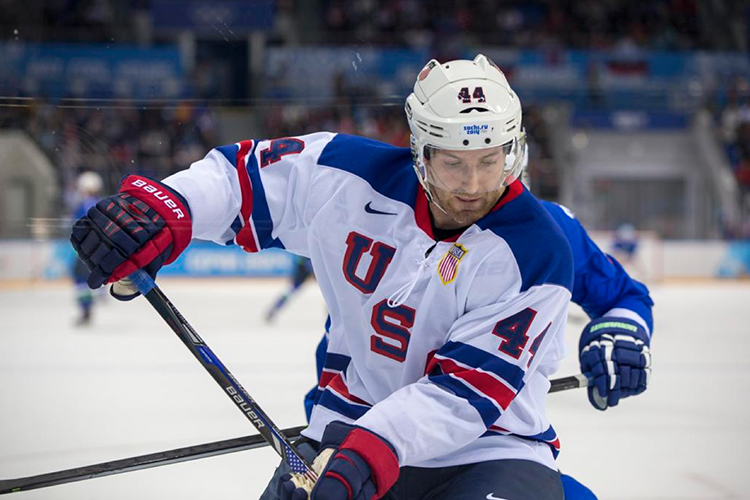 So, who’s up for a rematch?

We know, we know: everybody.

After some much-tweeted debate over penalty calls, a controversial no-goal decision that launched a million vengeful-Putin jokes and T.J. Oshie’s shootout ascension to American Legend — just build a statue of him with Paul Bunyan and Abraham Lincoln at this point — Team USA edged out the host country in the most thrilling hockey game you’ll ever watch before your morning coffee.

Then after a 5-1 win over Slovenia on Sunday, the U.S. squad received a bye into the quarterfinals of the medal tournament, along with Canada, Finland and Sweden. That’s the good news. The better news: Because of the seeding, a rematch between the Americans and Russians is a real possibility.

There’s a lot of hockey in between, though. The qualification round (Slovenia vs. Austria, Switzerland vs. Latvia, the Czechs vs. Slovakia and Russia vs. Norway) takes place on Tuesday. Assuming Russia does away with hapless Norway, who only notched three goals over three games in a winless preliminary round, Malkin and company will have to deal with Olli Maatta, Jussi Jokinen and their formidable Finnish teammates in the quarterfinals on Wednesday.

Team USA will face the winner of the Czech Republic (meh) and Slovakia (meh at best) in its quarterfinal — but if the squad emerges victorious there, Canada likely will be waiting in the semis. (On another note, if the Czechs win, you should feel free to paint the ensuing U.S.-Czech showdown as Bylsma’s revenge on Jaromir Jagr.)

So, sure, we’re all hoping for a Cold War rematch in the gold-medal game. But a look at the bracket (which is much easier to read on Wikipedia than any of the official sites, by the way) promises one thing: a week of awesome hockey. Put on another pot of coffee.

Speaking of rematches: After this morning’s 6-1 victory over Sweden, the U.S. women’s hockey team has advanced to the gold-medal game; six separate Americans recorded a goal in a game where Team USA outshot the Swedes by a staggering 70-9 mark. Canada and Switzerland are playing for the other entry into the final as you read this; if Canada wins, it’ll be a rematch between North American neighbors for the gold on Thursday at noon.

As for RMU grad Brianne McLaughlin, the goaltender didn’t see action in the semifinal. Barring calamity, then, it’s likely that McLaughlin will not take the ice in Sochi. Nevertheless, she’ll be going home with either a gold or silver medal as a pretty fine souvenir.

We’ll be back tomorrow with a report on Lauryn Williams and the first heats of the women’s bobsled competition. If you’re watching, tomorrow’s events are scheduled for 10:15 and 11:20 a.m. Below we’ve listed a convenient Eastern Standard Time schedule for the remainder of the Men’s Hockey tournament. Games featuring Penguins are in bold.

Scheduled for 7 a.m. and noon.

Between the two teams that lose in the semifinals. Scheduled for 10 a.m.