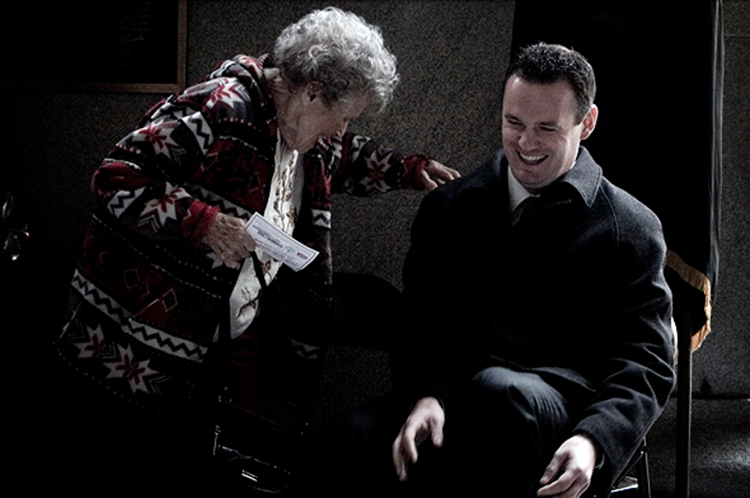 In the summer of 2012, Mayor Luke Ravenstahl gave me a big hug. But hold on. I’ve gotten ahead of myself. Let me back up.

Truth be told, I’ve given Luke Ravenstahl a lot of crap over the years, both in my writing and via the virtual flaming bags of poop I leave on the doorsteps of those I dub Annoying ’Burghers.

I’ve criticized his decision to spend $250,000 on 1,000 trash cans that bear his name. I’ve taken him to task for his handling of Snowmaggedon. His treatment of the media. His grossly oversized entourage. His ability to hire press secretaries who call him the “Britney Spears of Pittsburgh,” like it’s a good thing.


I’ve scolded him for being so celebrity-crazy. For stalking Tiger Woods. For attending a Toby Keith concert in a city SUV. For handing out proclamations in an attempt to meet visiting celebrities like Sienna Miller and Kenny Chesney. For his penchant for not showing up — not to the office and not to meetings.

I freaked out on him when he rode in the Super Bowl parade at Ben Roethlisberger’s side, holding a video camera, looking like a giddy school child who got to meet The Wiggles.

Yes. I’ve had a long, albeit virtual relationship with Hizzoner. But amongst the public criticism lives the dichotomy of my feelings about him.

Just before I was fired upon revealing my identity back in 2010, he was quick to release a light-hearted statement to the press, saying that he could take a joke and that he wanted to “move forward,” a deliberate play on the Luke Ravenstahl Move Forward Drinking Game.

He attended the private opening party of our restaurant, Las Velas … along with an entourage. But still, it was a nice thing to do. He was completely kind to me. I told him and the Dread Lord Zober I hoped they understood why I wrote the things I did. They indicated they did and in no way encouraged me to stop. Sure, maybe deep down they were having dark Dexter fantasies about what they could do to me, but on the surface, still waters.

His press secretary, whose shortcomings I have had quite a good time pointing out, has been nothing but lovely to me in person. Again, she might be punching my face in when dreaming her best dreams. I can’t know.

Then, last summer, I was spending the day at Kennywood with my family. All of us. A few of my sisters, our children, my parents. I was in Kiddyland when I saw Mayor Ravenstahl there with his son. I was wearing a Pirates hat and a side braid. He was in his dad clothes. T-shirt. Shorts. I said hello. A passing beat while he placed my face. And then enlightenment. “Hi!” he enthused.

Then Luke Ravenstahl reached out and hugged me.

I waited for the knife to puncture my back, but it never did. The man who for years was the target of my virtual finger wag … was hugging me … like he meant it. As we separated from the hug, I glanced around for flying pigs, but just saw my daughter circling around and around in her flying elephant. Had that ride featured soaring pigs instead of elephants, this story would be a million times more awesome.

He was there just being a dad, watching his son ride the turtles while I watched my daughter. Pretty sure it would have been a sign of The End Times if they had ended up in the same turtle.

What that day at Kennywood did was humanize him. For all of his shortcomings, he was a man. A father. A dad. DAMN IT.

My approach to the mayor from that point on was much more lighthearted. This was helped by the fact that he was doing a superb job of staying out of trouble. The boy mayor was growing up? Had he graduated from juice boxes to sangria?

Fast forward to last week when it all hit the fan, and I could no longer restrain myself from writing the things that were scorching my brain. Yes, he was human, but Slushiegate was beyond fishy. A fishy slushie. Never good, even if you put a “Mc” in front of it.

As the scandal that started with Nate Harper inched closer and closer to the mayor’s inner circle, with a former bodyguard ready to take a lie detector test to prove the mayor was in on it all — using the unauthorized fund to cover up his late night partying … I became the old PittGirl. That is to say [KEYBOARD SMASH!]

Then yesterday, the media received word that an announcement was imminent from the mayor cornerning his future. Theories were tossed around. He would resign. He would not run for reelection despite starting his campaign 10 days prior. He would say that his mother’s failing health was the reason he was walking away from a perk-rich position he seemed to relish for years. Rumors went flying that the mayor would blame the media for their intrusiveness and lack of professionalism.

So the media camped out and waited. And waited. The mayor’s office went silent. E-mails went unanswered. Phone calls went to straight voicemail.


Eight hours later, the staff delivered pizza to members of the media still camping in the hallway. The Dread Lord Zober was seen walking by with a guitar. Walking back with a checkered flag. There was no intention to make a statement that evening, yet no one would tell the media that. I seethed. “Grow up,” is what I was thinking.

Today, Mayor Luke Ravenstahl, said that the stress of the job was too much. The price of being mayor was too high. He would not be running for reelection.

Yes, he spent a bit of time telling us how awesome he was as mayor and all the things he accomplished, but he didn’t use his mother’s illness as a cop-out, as I suspected he might. He said she’s strong. She’s great. She’s a fighter.

He didn’t scold the media, as I suspected he would. He started the presser almost on time and at no point did he huff and puff and pout that they were being way harsh, Tai.

At no point did he display the attitude that it was his ball, and he was going home with it. He didn’t walk away without allowing questions, as I was sure he would. He told the media he would take “any and all questions.” That he wouldn’t leave until they had asked every question they could think to ask.

Whatever shortcomings he’s had as mayor, for all of the poor choices he’s made, for all the missteps he tripped through, it seems he somehow, at this point in time, managed to walk away from the office with grace. He definitely deserves the sangria.

And there’s the dichotomy; I bet many of you share it with me. Sure, there are some who refuse to see the mayor’s shortcomings, and sure, there are some who will never ever say a decent thing about the man, but for many of us, sometimes the good sneaks in and defuses the bad. That’s what makes him and us … human.

This story isn’t over. More will be revealed regarding the FBI investigation. It remains to be seen if any of what hits the fan will land on Luke Ravenstahl, and whether the ramped up investigation had any bearing on his decision to leave the mayor’s office.

We may never know the real reason he chose to walk away, and walking away in the middle of a scandal never truly seems like a clean break. For now — love him, hate him, or tolerate him — he will soon be our past. Pittsburgh is about to turn the page on a new chapter in our history, and we’ve got to remember that our fantastic city is a living, thriving thing that will always be much, much bigger than the shortcomings of any man or woman who will ever lead it. The mayor isn’t writing our story; we are.

So be sure to vote, because this election just became exponentially more meaningful to the plot of the next chapter.