The state's decision to honor the 2-foot-long, nocturnal amphibian is getting national attention, but we shouldn't be surprised. 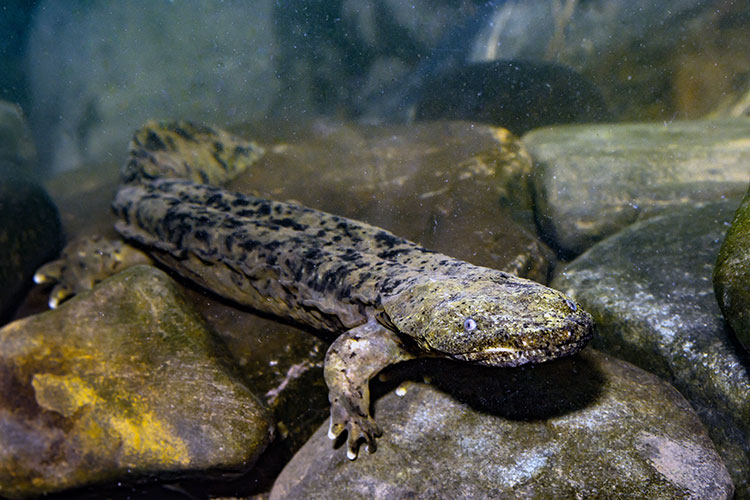 Pennsylvania Gov. Tom Wolf took time out of his busy schedule this week to sign legislation designating the eastern hellbender salamander as the state's official amphibian. The signature came after members of the state House and Senate took time out of their busy schedules to write and vote on the legislation. The designation is getting a lot of attention, including a piece in the New York Times that points out the eastern hellbender is not even the strangest state animal.

But before you roll your eyes at what might seem like an absurd waste of time and tax dollars (that was my initial reaction), consider the plight of the “snot otter.”

The Eastern hellbender, also known as “Allegheny alligator” and “lasagna lizard,” can be found in cold, clear swift-running rivers in the Susquehanna watershed. In the last 20 years, polluted rivers and streams and a loss of rocky streambeds with crevices, which they use for protection and for nesting sites, have reduced their population to the point that there is talk of adding them to the federal endangered species list.

Student leaders of the Chesapeake Bay Foundation took notice and lobbied for the bill as a way to increase awareness of the importance of clean waterways.

“Today’s ceremony is about more than a declaration of an official state amphibian. It’s about reaffirming our commitment to protecting our waters in Pennsylvania,” said the governor at the signing ceremony. “Clean water is critical for the hellbender and we need to continue to do our part to improve water quality in the commonwealth so that the state's first amphibian can thrive.”

Despite objections from a small group of his colleagues who considered it a waste of time, the bill's sponsor, state Senator Gene Yaw, said the pollution-averse hellbenders are worthy of recognition because they are a “natural indicator of clean water.”

Prior to the “snot otter,” the last living creature to get official state recognition was the firefly, when it was named Pennsylvania's state insect.