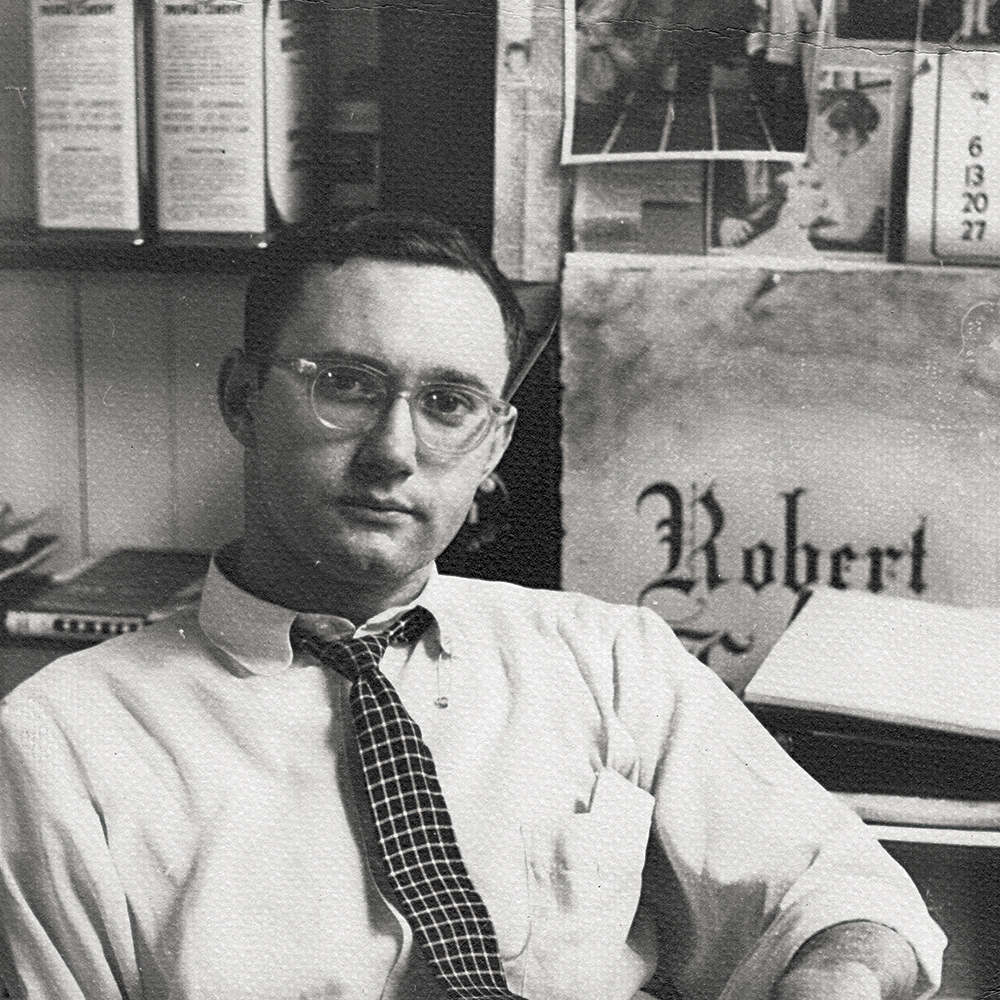 Norbert Nathanson, 87, was born without feet and with only one hand. He was able to walk but not without difficulty. Nevertheless, he graduated from Carnegie Mellon University (then Carnegie Tech) and joined WQED as a volunteer art director in 1953 before the station was on air. Nathanson also designed WQED’s first station IDs and worked on the sets for “The Children’s Corner,” whose characters would go on to appear in “Mister Rogers’ Neighborhood.”

Later, he worked in broadcasting in New York, Washington, D.C. and elsewhere, but he encountered setbacks related to his disabilities. In the 1960s, he learned that he could eliminate immense pain in his legs as well as the appearance of being “disabled” by undergoing surgery to amputate his legs below the knee. At age 34, he became a double-amputee and was fitted for prosthetic limbs. He married one of his nurses, and they had two children.

A few years ago, Nathanson recorded his story for his children in a memoir, “A Secretly Handicapped Man.” He talked with Pittsburgh Magazine about how his perseverance shaped his life.

How did you get started at WQED?
I was one of the volunteers before the station went on the air. I was freelancing as an artist/designer, and I went into the station looking for work. They told me very nicely and politely, “We could use you, but we can’t pay you because all these types of things are going to be done by volunteers.” But I was intrigued.

It didn’t take long to learn the action was in the studio, so I stuck my nose in whenever I could. It was a year later that I was hired [as] art director. The art department was in the basement; it had been a coal bin, and we literally shoveled the coal out, hosed it down and whitewashed it.

What sparked your interest in art?
I was pretty good at drawing. My parents, in their wisdom, decided if I were ever going to make a living for myself, I would have to concentrate on what I could do — because there were a lot of things I couldn’t do.

One of your first assignments came from Fred Rogers.
The first thing he said to me was, “You’re an artist. NBC has these three chimes. We’re going to have five. Do you think you could make me something that would work graphically?” . . . I came in the next day or a day or two after, and I had a sketch and a drawing. It never got built, and other things happened, and it was forgotten. But that was neat.

What made you decide to leave WQED?
I had a lot of experience in set design. I had learned how to produce and direct . . . I was kind of ready to cut my teeth and move on. I went to New York City and came up against a stone. The nature of my disabilities was when people looked at me they didn’t really believe I could perform what I could perform. At WQED, as a volunteer, that wasn’t a problem. They may have held their breath once or twice when they saw me doing something, but they let me do it.

How did you come across the doctor who would perform your surgery?
I decided to do a project [as part of a master’s degree program at New York University] that would attempt to teach deaf children with television. Nobody had ever done it. I had a whole list of places I wanted to contact [to fund the project], and one was the Institute for Physical Medicine and Rehabilitation, a new unit of NYU. In the process, I found out what they were really doing there … I thought, “maybe I should go talk to somebody,” because in my lifetime I had been told by physicians, “You’re getting along OK. If it’s not broke, don’t fix it.”

I ended up talking to the chief of rehabilitation. I told him my story, and he told me to come down so we could talk about it . . . it became clear this was kind of an important thing for him because what we were dealing with here was making a body that had disabilities better, where most of his work was trying to recapture something of what was lost.

Did you have doubts about the surgery?
I had come to the position that I understood I was going to live my life alone, that there was no woman who was going to find an interest in me. I was going to have a hard time getting work, and I understood that. Then all of a sudden the doctor was telling me all this stuff I thought was not possible was possible, and that just threw me for a loop. The idea of serious surgery is something that any rational person would have fears about, but for a person with a disability, the quid pro quo is that you’re going to get rid of a disability, so it’s really a very pragmatic decision.

How did your life change after the amputation?
[Before surgery], when people saw me on the street, their heads would turn; little kids would stare. All of a sudden I was anonymous. It was just wonderful. Nobody was staring at me. Nobody noticed my arm. I was standing straight. I was walking straight. I was just anonymous, and it was a privacy that I had never experienced before.

This article appears in the January 2014 issue of Pittsburgh Magazine.
Categories: Arts & Entertainment