In a romantic twist on its Third Thursday events, the Carnegie Museum of Art is throwing a wedding this week, and everyone in Pittsburgh is invited. 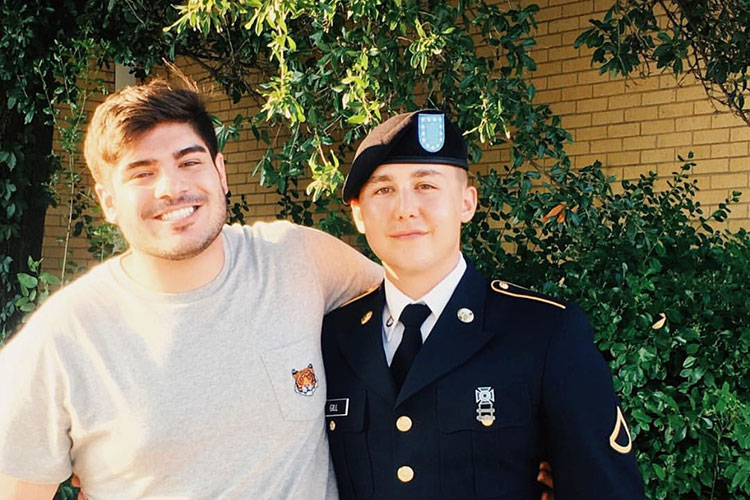 Third Thursday: We Do will see Colten Gill and Louis Spanos joined in matrimony, and the Carnegie Museum of Art is selling tickets. The couple, high school sweethearts who live in Dormont, had a smaller wedding in mind; they just knew they wanted something cold-weather friendly that would be special for their families. But their plans ramped up when they entered, and then won, the museum’s contest giving away a free wedding. The wedding will take place during the museum’s monthly Third Thursday event.

“The biggest thing we’ve been working with is what we’re wearing; we’re very lucky just dealing with suits and not dresses,” jokes Gill, who works for the Pittsburgh Downtown Partnership.

They are both surprisingly calm with just days before their wedding. Spanos, an account executive at WordWrite Communications, says it came together kind of on a whim. He went ahead and entered the contest without telling Gill. “I took a screenshot of the entry and showed it to him like, ‘Oh this would be funny,’” he says, “but I didn’t think we’d win.”

A week later, they were in the finals. “I laugh-screamed at my phone,” Spanos says. At that point, they were really in it to win it. “We called our parents, ‘Here’s a heads-up, we might be getting married in a month,’ and they were like, ‘Of course this would happen to you two,’” he says.

When they won, they toured the space and were awed … and then immediately got into planning mode. “Last week we were staying up until midnight, we had all kinds of spreadsheets going, but now we’re at the point where a lot is already done,” Gill says. 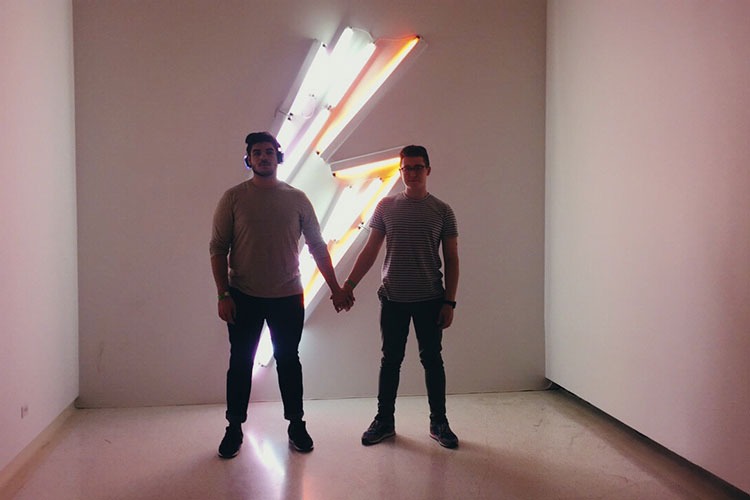 Laura Zorch McDermit, CMOA manager of social engagement, wasn’t sure what to expect when the museum launched the contest. “We were totally blown away by the response,” she says. The contest was open for about 10 days, and 73 couples applied. “We really looked for applications that mentioned a love of spontaneity,” she says.

The public wedding is part of the museum’s ongoing effort to be more welcoming to the community, she adds. Many Pittsburghers remember visiting the CMOA on a field trip as a kid but may not have been back for a while. “We’ve been trying to create events with community groups that really say, ‘Come on in, this is for you, too,’” McDermit says.

She adds that she plans to repurpose a previously worn bridesmaid’s dress for the wedding, a wardrobe choice that meets with Gill and Spanos’ approval.

The couple says there is still some stress, because it’s going to be such a public event. “It is kind of nerve-wracking because we’ll be saying these personal things in front of strangers,” Gill adds.

“Honestly I find it more fun than anything, if I don’t laugh about it I’ll go into a major anxiety attack,” Spanos says. “I don’t think the idea of going to a stranger’s wedding is weird, but when I realize, ‘Oh, it’s our wedding,’ it’s really funny.”

The couple visited the CMOA on an early date during the 2013 International, and now are getting married at the tail end of the 2018 International, which Spanos says makes it extra special to them. “It’s a nice little marker for us as a couple; the International began our love affair with the Carnegie Museum of Art, and was such a big milestone in our personal relationship and is somewhere we love so much in the city, it means a lot to us.

“It’s a night we’ll never forget and none of our friends will ever forget.”