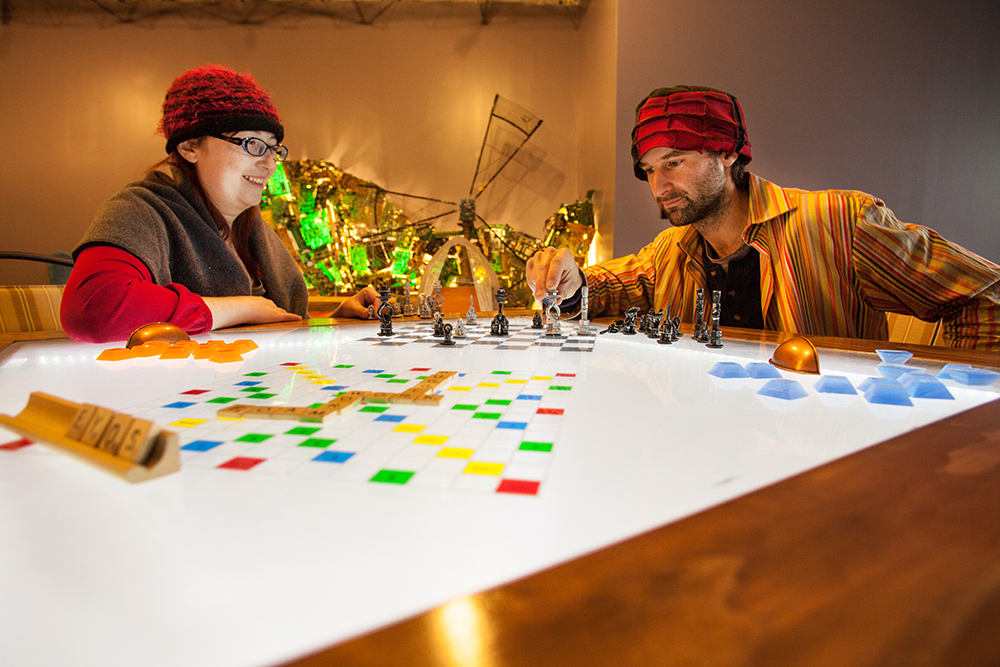 It’s open house at PLAY parlour, a budding nightlife destination created by artist and sculptor Adam Shreckhise. An oddly tranquil mini-golf hole sits in one corner, the windmill whirring softly. A few feet away, a furious frenzy of pistons and gears fires to life inside a see-through case; two players begin frantically smacking the top of the box with toy bats, competing to win at a Whack-a-Mole game stripped to its skeleton. All around the room, eager players are vying for supremacy. But this arcade isn’t going to remind anyone of popping quarters into “Pac-Man.”

A self-taught master of wires and switches, Shreckhise has made unique installations before — a robot that created its own paintings for the Pittsburgh Biennial and another that tried (in vain) to communicate with Mattress Factory visitors — but PLAY parlour is more than an art exhibit.

“It gives you a structure with which to interact with people,” he says. “If you just walk up to a stranger at a bar — that’s tough. But saying, ‘Hey, do you wanna throw some Skee-Ball?’ That’s easy. You’re just hanging out.”

The spark for PLAY parlour was mini-golf, Shreckhise says. “A friend was trying to set up a course in Indiana, where every hole would be made by a different artist,” he explains. “His funding fell apart. But I’d already built a miniature-golf hole.” Shreckhise had also been tinkering with a sonic dartboard and kept cobbling games together. 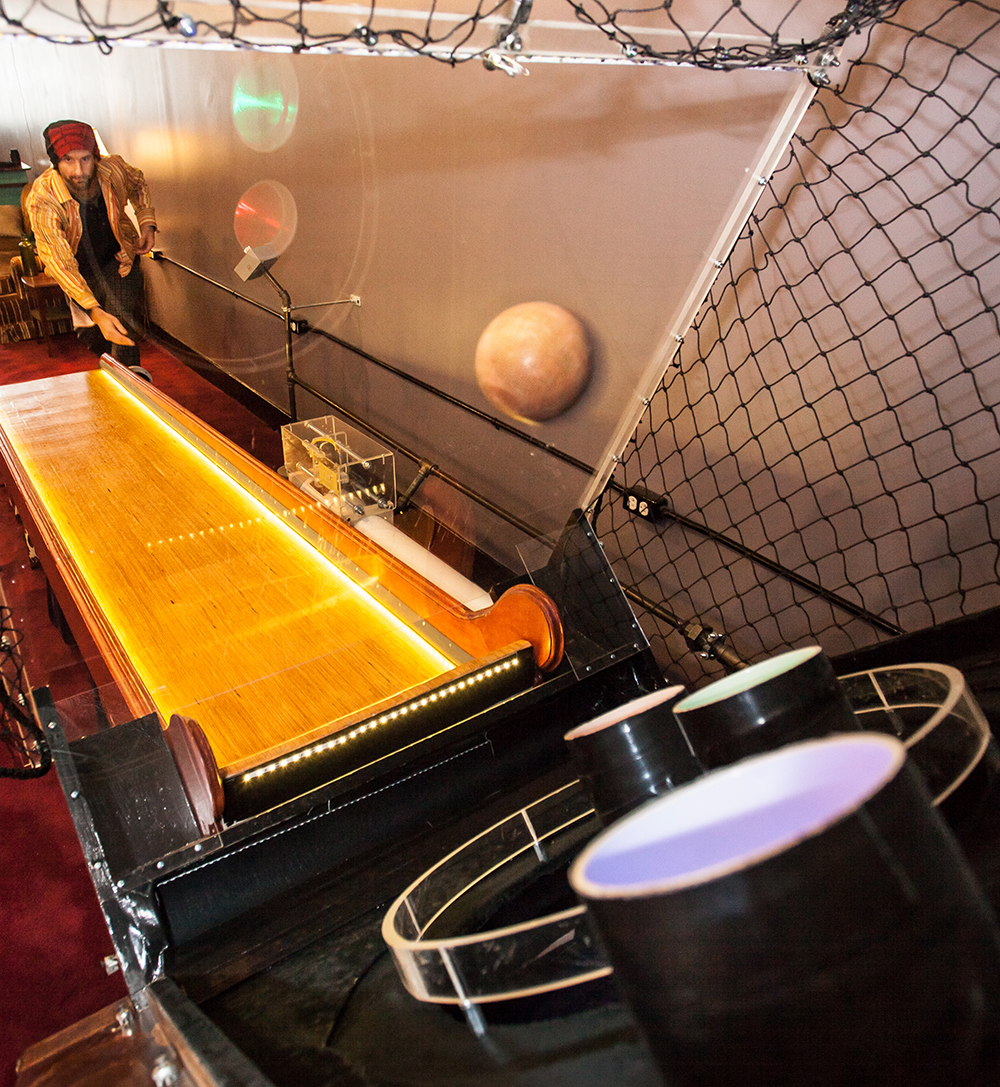 He gained his familiarity of electronics and machinery as his prior artwork required. PLAY parlour is the result of that accumulated knowledge — all assembled without the aid of a computer.

“There’s no programming or software,” he says. “It’s all electromechanics. This is the stuff that arcades started out as.”

This month, the place opens for the first-ever Wreckless Arcade Tournament, a battle that will send players through a one-night ringer of DIY competition. The showdown will take place Feb. 16 at the parlour’s current home (5258 Butler St., Lawrenceville); hopeful gamers can register online at playparlour.com/tournament.

There’s no grand prize in store for the victor, “other than pride and joy,” as Shreckhise puts it. And that’s the idea, really — you don’t go to PLAY parlour to beat the other guy; you go to relax and have fun.