Single Mothers: How One Woman Changed the Narrative

The traveling photo essay and video series created by Heather Hopson aims to change the narrative surrounding the negative stereotypes. 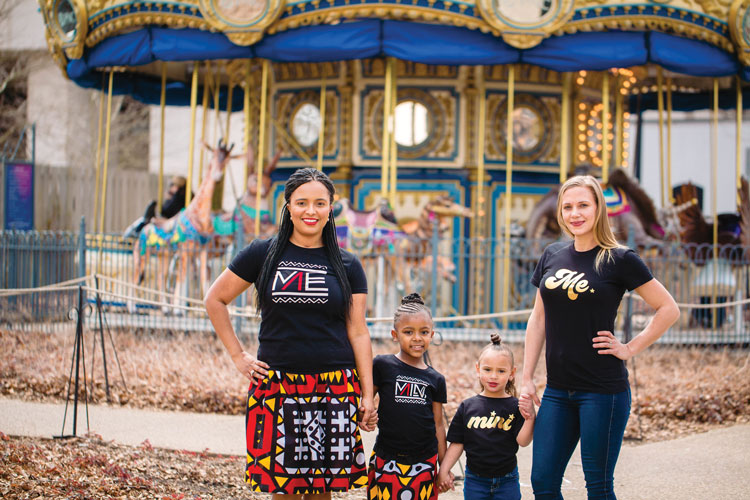 Left to right: Heather Hopson and her daughter Caitlynn with Shannon Hart and her daughter Saniyah modeling clothing from mommynmetees.com. A portion of the T-shirt proceeds benefit local single mothers and children. Photos by Motor Mouth Multimedia

Type the words “single black mother” into Google and see what results pop up.

That’s what Penn Hills resident Heather Hopson did one day when she was curious about what society had to say about her and others like her — and she was flooded with negative images that portrayed single black mothers as damaged. Trashy. Selfish.

Hopson was disheartened. Being a single black mother herself, it was hard to view those stereotypes.

“When you’re bombarded with negative images, whether it’s reality or not, it turns into a false narrative because you see it all the time,” Hopson says.

So she decided to change the narrative.

Hopson is the founder of Motor Mouth Multimedia, a communications and marketing firm made up of a collective of creatives and consultants of color. She came up with the idea for “Single Mom Defined,” a traveling photo essay and video series that appeared at this year’s Three Rivers Arts Festival, in 2017. 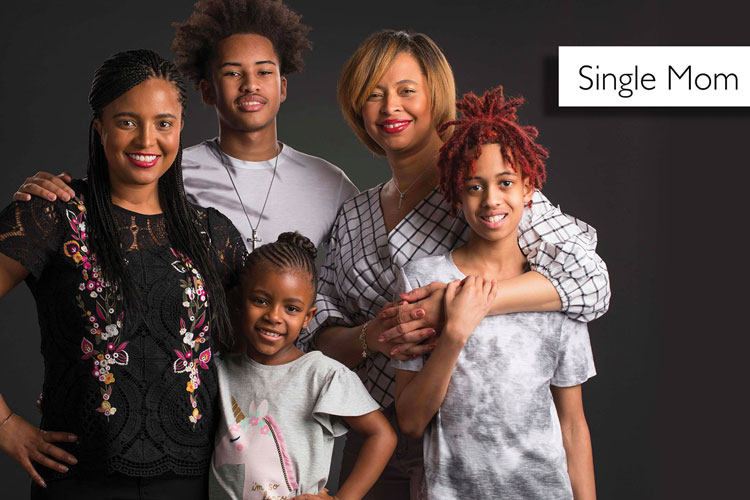 The “Single Mom Defined” exhibit chronicles the stories of 50 families from the Pittsburgh area. Some of the mothers depicted ended relationships, some left abusive environments, and others adopted, divorced or were widowed or abandoned. “Single Mom Defined” also shows women who are raising their children with the children’s fathers, just under separate roofs.

“I think people think that because you’re single it means you’re raising children without fathers in their lives, and that’s not often the case,” Hopson says. “Just because mothers are single doesn’t mean there’s no family unit.”

Hopson used social media to circulate an interest form and recruit subjects; she also used women from her own circle. She received an outpouring of responses from women across the country, although this iteration of the project focuses mainly on women from this region.

“We would love to expand,” Hopson, 41, says. “There are moms who have reached out to me from other places that want to do this.”

With support from The Pittsburgh Foundation, The Heinz Endowments and the Pittsburgh Cultural Trust, Hopson chose her subjects and got to work.

With the help of multimedia producers Omari Souza and Robert Waters, Hopson presented her subjects through essays, videos and black-and-white and color prints, both candid and staged.

While everything they captured aimed to counter the negative narrative surrounding single black mothers, Hopson also recognizes the importance of acknowledging black men who are active and present in the lives of their children, like her daughter’s father.

To Hopson, the components of “Single Mom Defined” provide a more accurate definition of single black motherhood than society, and search results on Google, present.

As part of the project, Hopson and her team also photographed more than 100 children of single black mothers and asked them to use one word to describe their mothers. The children said things like “inspiring,” “amazing” and “affectionate.”

They didn’t tell the mothers, many of whom saw what their children said about them when they first saw the exhibit. 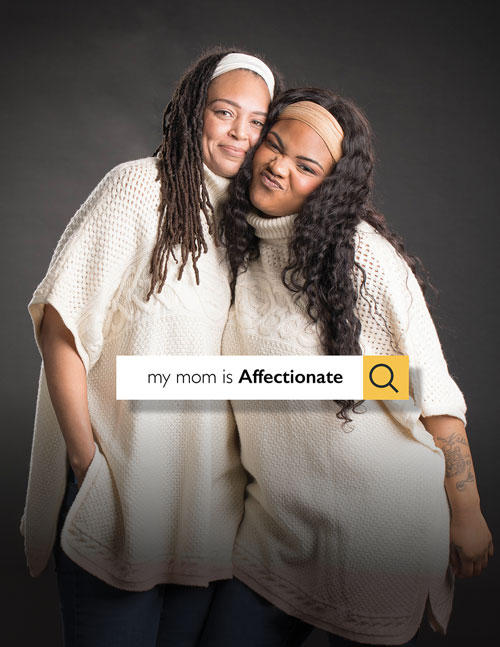 At the Three Rivers Arts Festival, Hopson surveyed more than 400 people who visited her station; when asked if they ever stereotyped or judged a single black mom in a negative light due to her circumstances, about 50 percent said yes.

This statistic wasn’t surprising to Hopson. “The reason why I wanted to do this art exhibit was because there were all these negative stereotypes,” she says, adding that even some black single moms themselves said yes.

“It was across the board and didn’t matter the race or the gender,” she says.

While the statistic was disheartening, 93 percent of those surveyed said the exhibit expanded their definitions of single black mothers to include more positive images, and after the festival, Hopson received hundreds of positive comments. Because the exhibit was interactive, it really connected people, Hopson says.

“It’s harder to judge someone when you have a conversation and get to know them,” she says.

Hopson chose to focus on single black mothers for her project for a specific reason, one that was highlighted by her surveys at the Arts Festival — society often doesn’t focus on them and when it does, it often views them as problems, rather than assets to their communities.

“Negative images bombard you and sometimes you start to believe that about yourself,” she says. 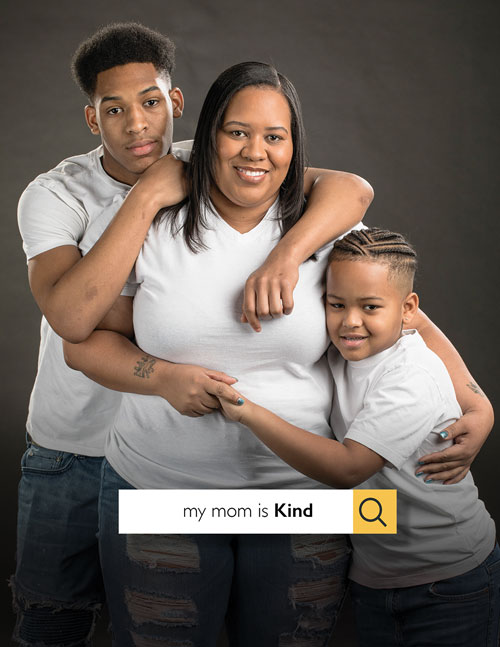 Hopson hopes that “Single Mom Defined” will create a new narrative and will replace the negative search results she encountered with positive images and stories. She also says she hopes to have the opportunity to meet with a company leader at Google to discuss ways to change oppressive algorithms.

“I would like to ask how to get these women’s stories in front of more people without having a million dollar budget. There has to be some responsibility — these horrible search results are not things that should be the first to come up,” Hopson says.

Hopson points to a 2016 Femisphere report released by the Women & Girls Foundation with data from the Allegheny County Department of Human Services that states 77 percent of households living in poverty in the city of Pittsburgh are headed by single mothers, both black and white (the number has since risen to 78 percent). She currently manages a Facebook group with more than 500 women of all races who live in the Pittsburgh region and says that all of the moms are able to connect because of their similarities — they’re all single moms.

“You should be able to embrace your uniqueness and celebrate your differences,” Hopson says.

She hopes to grow the community surrounding “Single Mom Defined” in the future, with an in-person and larger online presence, one that offers a website, Facebook Live chats, monthly meetups, workshops and more.

She would also like to host a conference for mothers, where they could advocate for and be educated on issues such as affordable childcare and lessening the trauma that can be experienced in the family court system.

But for now, Hopson is pleased with the success of her art exhibit and says that the best thing that came from it is that moms feel supported and that they’re not alone in navigating parenthood.

And it all started with a Google search.