Rick Sebak revisits “Silence of the Lambs,” the Pittsburgh production that went on to become one of the biggest winners in Oscar history. 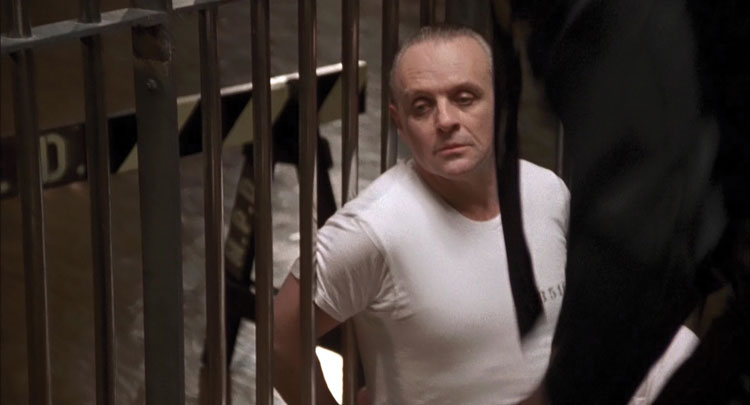 In 1989, rumors spread throughout Pittsburgh that Jack Nicholson was coming to town to make a thriller based on Thomas Harris’ novel “Silence of the Lambs.” But on Sept. 25, 1989, The Pittsburgh Press reported it was Jodie Foster (who’d won a Best Actress Oscar earlier that year for “The Accused”) and British actor Anthony Hopkins who were headed to the Pittsburgh area to start filming “Silence of the Lambs” under the direction of Jonathan Demme.

Demme didn’t want a lot of media attention and kept the set closed while filming at various places around southwestern Pennsylvania. Neither Pittsburgh nor Pennsylvania is mentioned in the movie, which is set in several cities including Baltimore and Chicago.

A production office was set up on the fourth floor of the William Penn Hotel. Bob Page, director of sales and marketing for the Omni William Penn today, wasn’t there back in 1989, but he says at least one FBI office scene was shot in the hotel. Local freelance writer Jennifer Rignani worked in that production office as a publicity intern, numbering and captioning publicity photographs, visiting sets during filming and making a brief appearance as a reporter in one of the scenes shot inside Soldiers & Sailors Memorial Hall (which was cast as the Shelby County Courthouse in Tennessee).

The upstairs ballroom in Soldiers & Sailors housed the big cage that was used to temporarily imprison the evil and cannibalistic Dr. Hannibal Lecter, played by Hopkins. George Romero, the beloved Pittsburgher who directed “Night of the Living Dead,” also makes a cameo appearance there; on a commentary track on the “Silence of the Lambs” DVD, Demme calls Romero “the most gifted maker of terrifying movies in the world today.”

Also on that DVD track, Hopkins recalls he was working in Utah on director Michael Cimino’s “Desperate Hours” when it was time to report here to start “Silence of the Lambs.” Hopkins drove across America, stopping in motels while toying with how to play his malevolent character. “By the time I reached Pittsburgh, Hannibal Lecter was ready to start work,” he says on the disc.

By deciphering and solving Lecter’s clues, Foster’s character, Clarice Starling, is able to find the serial killer Jame Gumb — also known as Buffalo Bill — in a house set in Belvedere, Ohio. Those scenes were shot in a stately 1910 Princess Anne-style house on the banks of the Youghiogheny in Layton, Fayette County. The tense and gruesome scenes set in the basement of that house were not shot in Layton, however, but were staged in a former Westinghouse factory building in Turtle Creek.

Rignani remembers going out there on the last night of filming because there were rumors of a wrap party. The party never happened; they had to keep shooting. Foster remembers that night on the DVD commentary: “I think it was like a 22-hour day. We had a lot of just being so punch-drunk with tiredness that you can’t even imagine that there’s anything on screen.”

What did make it on screen was well-received by critics and audiences alike. “Silence of the Lambs” became the third film to win all five top Academy Awards: Best Picture, Best Director, Best Actress, Best Actor and Best Adapated Screenplay.

This article appears in the February 2016 issue of Pittsburgh Magazine.
Categories: Rick Sebak