The tune that welcomed us to "Mister Rogers' Neighborhood" has been exported to Canada for a TV ad. Should we share? 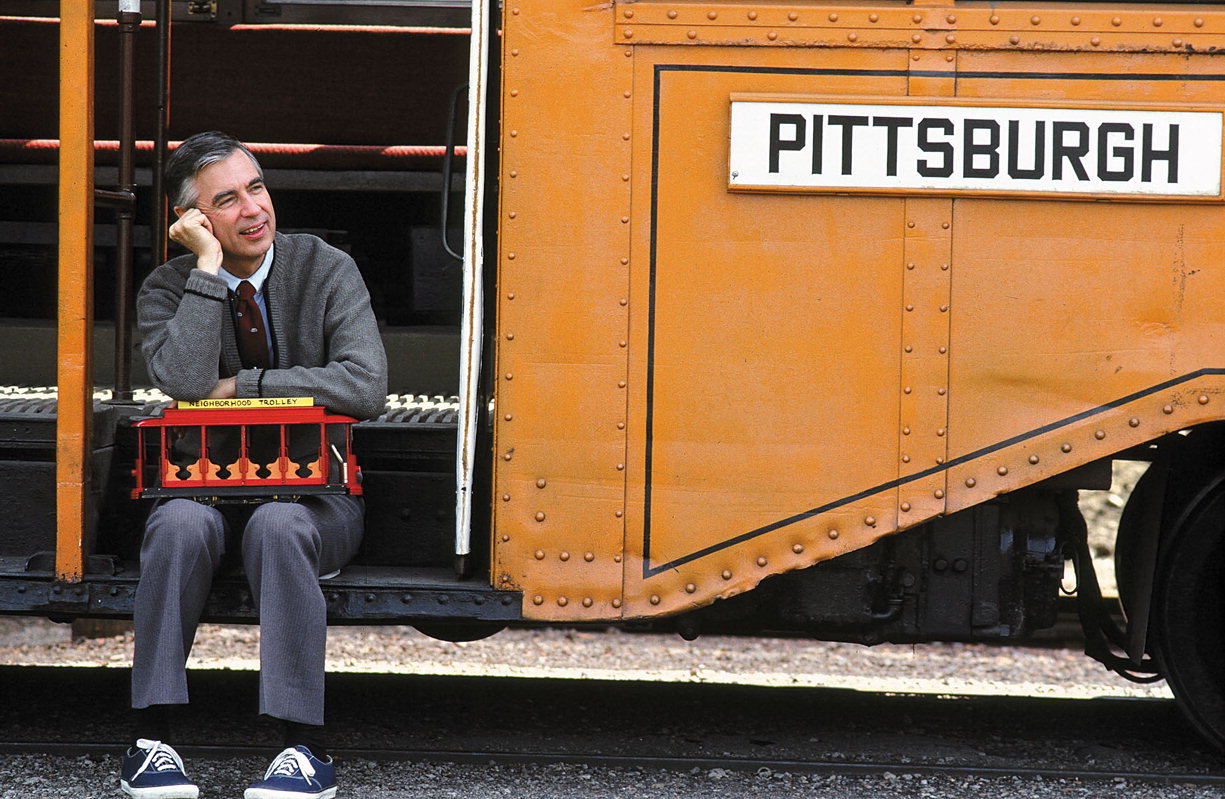 We’ve previously discussed how very possessive Pittsburghers can be with our Pittsburgh-y people, places and things.

Primanti Bros. going nationwide? The nerve! The Terrible Towel is ours and we laugh at your Jag Rag, Jacksonville. Don’t even talk to us about your lame wedding cookie table in Seattle, hipster bride.

You don’t use a “parking chair” in Chicago; you’ve merely misplaced your poker table furniture. Your basement toilet is inferior to our rust-stained, bacteria-riddled, “here be dragons” Pittsburgh Potty.

You might make a left against traffic in Detroit, but you don’t do it with the sense of entitlement and badassery-on-wheels that we do here in Pittsburgh.

Sonni Abatta moved to Florida years ago? Still ours.

Now comes word that Target Canada recently purchased the rights from the Fred Rogers Company to use a version of “It’s a Beautiful Day in the Neighborhood” in a commercial, and some Pittsburghers are still trying to catch their breaths — what with all the horrified gasping they’re doing. Too much inhaling, not enough exhaling.

When I first heard the news, the subsequent outrage from ’Burghers, I assumed the commercial must feature a theme that went against everything Mister Rogers stood for … like neighbors breaking into each other’s houses to steal the Target goods they’ve been coveting. Or a Mister Rogers impersonator standing in the snow, drinking a Molson, wearing a Maple Leafs-branded cardigan while two models in Target bikinis and generic Uggs are draped on each of his arms.

Then I’d be gasping with the best of Yinz, eh?

But here’s the commercial:

Now, now. There’s nothing wrong with this commercial, and I’m of the opinion that it is exactly the perfect use for the song, and if licensing it put more money into the pockets of the organization charged with carrying on the legacy of Fred Rogers, that’s not a bad thing.

Would Fred Rogers be livid? We can’t know, but Fred Rogers is gone, and his company is fighting for relevance in a world where public television stations have relegated his old show to occasional appearances on secondary stations. The Fred Rogers Company has stepped into this day and age with Daniel Tiger’s Neighborhood, iPad apps and more. They don’t want his legacy to die for lack of funding or lack of trying, so I’m okay with them taking money from Target for this.

And here’s something else to consider …

“We all have only one life to live on earth. And through television, we have the choice of encouraging others to demean this life or to cherish it in creative, imaginative ways.” — Fred Rogers.


The commercial is adorable and cozy and full of visible love for this cherished life. It’s celebrating neighbors and it’s not shocking or demeaning at all.

In fact, the only shocking thing about the commercial is that it almost makes Canada seem like a cool place to live.  That’s the power of CGI.