Shop Till You Drop at Handmade Arcade on Saturday

The annual event is a favored for its robust selection of one-of-a-kind goods. 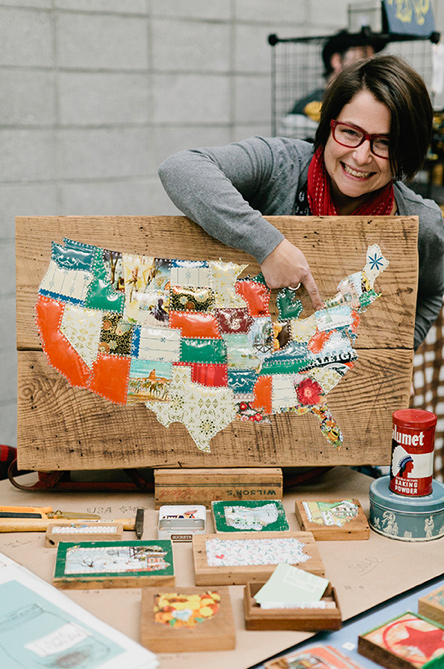 HANDMADE ARCADE: THE ’BURGH’S BIGGEST COLLECTION OF AWESOME STUFF
Last week, we directed you away from midnight madness and door-bustin’ deals, instead recommending that you begin your holiday shopping at I Made It! Market. But in a city so fully stocked with artisans and lovers of the coolest gifts around, you’re never far from an opportunity to score some truly impressive presents. This weekend, the savviest shoppers will flock to the David L. Lawrence Convention Center for Handmade Arcade, an eight-hour event spotlighting more than 150 “innovative and independent” craft vendors.

The free-admission event runs from 11 a.m. to 7 p.m. Saturday. In addition to the goods, it’ll feature live music and DJs, dance performances, an activity area for younger visitors and an intriguing happening referred to only as “a puppet parade.” Arrive early, as demand will be high — and for even more distinct finds, head to I Made It!’s appearances in Shadyside over the next three Saturdays.
(1000 Fort Duquesne Blvd., downtown; full info here)

THE HOLIDAY MOVIE SEASON ARRIVES
Movie musicals! Oscar hopefuls! Family flicks! Whatever it is that James Franco is doing! The jam-packed holiday movie season is upon us, and we’re here to help you tell your “Annie” from your “Into the Woods,” your “Hobbit” from your “Exodus” (those two are more similar than you’d think) and your “Unbroken” from your “Imitation Game.” Mostly, we’re here to answer the pressing question: When do all these movies come out? Get the rundown in this week’s edition of After Dark!

LAWRENCEVILLE’S WEEKEND WRESTLING WARRIORS NEED YOUR TOYS
The Keystone State Wrestling Alliance, featured earlier this year in the Wall Street Journal for its loyal neighborhood following (which counts Mayor Bill Peduto as a staunch advocate), dedicates its ultimate event of each calendar year to brightening Christmas for area children. This Saturday, it holds Fan Fest 2014 and ask spectators to come equipped with one new, unwrapped toy to be donated through the county department of human services. In addition to the usual roster of colorful grapplers, the events brings in 1980s stars “Hacksaw” Jim Duggan and former WWE Intercontinental Champion The Honky Tonk Man for in-ring action.
(Teamsters Temple, 4701 Butler St., Lawrenceville; 7:30 p.m.; more info here)