Move along, folks. Downtown is now post-apocalyptic, according to some media. May she rest in peace. 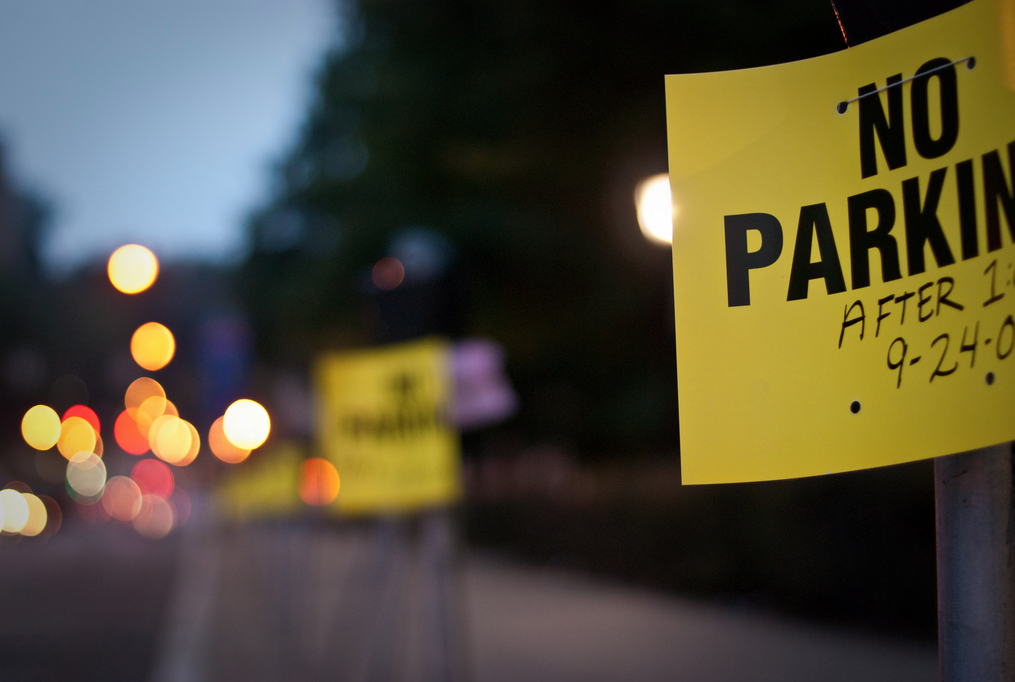 A terrible thing happened this Sunday in downtown Pittsburgh.

It “gave folks another reason to avoid downtown.”

It was so terrible it inspired the Pittsburgh Tribune-Review to publish a partial editorial and two news stories totaling 840 words about it. One of the articles was cross-published on news partner WPXI’s website. WPXI also aired a story covering this outrageous event, complete with a Trisha Pittman live shot.

She reported that people were “shocked.”

The story? Five cars were ticketed in error by a Pittsburgh police officer who was confused about the wording on a Liberty Avenue parking restrictions sign.

Five. Or as the Tribune-Review wrote, “about half a dozen.”

About half a dozen!? (*insert Wilhelm scream here*)

My point, though, is that this might be the biggest nonstory since every single “a-kitten-was-rescued-from-the-bottom-of-a-well” story.

God bless the little kitty cats, but I don’t need to hear about this on the 5 o’clock news any more than I need to hear about “the common household kitchen appliance that MAY KILL YOU WHILE YOU SLEEP.” (This is why all the octogenarians unplug their toasters before they go to bed, you know?)

When cars were towed from Market Square because a valet company had the favor of the now-disgraced former police chief Nate Harper, well, that was newsworthy. That a confused police officer made a mistake and ticketed five cars whose drivers could have contested the tickets and easily won?

And this incident is definitely not going to stop people from coming downtown, as some are insinuating. Because if getting an erroneous parking ticket — a ticket you can easily dispute — is going to make you say, “I am NEVER going into downtown Pittsburgh again,” then maybe you’re one of those people who unplugs your toaster at night and who shouldn’t be driving across bridges. As for those who received tickets this Sunday for parking in front of fire hydrants or in no-parking zones … you don’t have my sympathy. Rules are rules. I get tickets, too.

Perhaps because the officer who mistakenly ticketed these five cars reportedly invoked the name of Bill Peduto, the Trib started salivating. It would make sense, would it not, that our city’s self-admitted right-leaning newspaper would be looking for any controversy involving our left-leaning mayor’s job performance?

As a blogger who lives for mayoral job-performance issues (Hiya, Lukey), it’s tough sledding out here right now. The most controversial thing Bill Peduto has done so far is to try to hire a man with tax problems to oversee the budget, which obviously can’t happen, regardless of the seemingly innocuous reasons he ran into those troubles in the first place. But I didn’t even get to snark about it because that story died when the nomination was withdrawn.

I’d like to snark about the snow-removal and pothole-killing efforts, but this administration is taking those as seriously as octogenarians take “Cookie Jar Deathtrap” stories. There are pre-storm press conferences and weekly meetings, and I bet even a Snow and Pothole War Room where Bill Peduto pores over maps of the city while shouting, “Do better, damn it! And someone get me 311 on the line!”

Can you imagine? In my own life, I want to punch still-talking people’s faces after a meeting passes the 45-minute mark; I would be in a permanent vegetative state if I had to sit through 104 meetings in 50 days.

"PittGirl, any thoughts on that point?"

Right now, our mayor is working. Hard. Let’s wait for the real stories before we start freaking out about a police officer making a mistake that affected a handful of car owners. Let’s give people more credit than to believe they’ll stop coming downtown over one mistaken parking ticket. Downtown Pittsburgh no longer is a ghost town as soon as the clock strikes “about half a dozen.” It’s active, alive, vibrant. People aren’t “looking for reasons to avoid downtown,” they’re having trouble picking which downtown event to attend.

And “about half a dozen” mistaken parking tickets is not going to change that one bit.

Now I’m off to check my medicine cabinet for the common over-the-counter drug that COULD BURST INTO FLAMES AT ANY MOMENT.

This article appears in the March 2014 issue of PittGirl.
Categories: PittGirl