In a radical departure from the two-month history of this blog, let’s ignore the weekend and come up with a few things to do next week: Comedy, classic movies and beer. 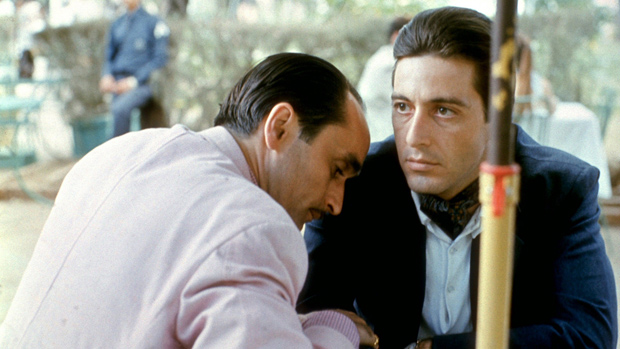 Image courtesy of the Pittsburgh Filmmakers

Something tells me you have plans for the weekend.

I don’t mean to discriminate against those that do not celebrate Christmas. I’ve found that even those who are indifferent toward Dec. 25 have usually made alternate plans to compensate. I used to work at a movie theater, and the holiday itself was one of the busiest days of the year, owing to a mass collective miscalculation: Absolutely everybody thinks, “Who’s gonna be at the movies on Christmas Day?”

So whatever you’ve got going on Friday and Saturday, I hope it’s safe, merry and full of a variety of unhealthy food choices.

Afterward, though, we’ve all got some time to kill. Most of us have some time off, those who don’t still want to feel like it’s the holidays, and the days between Dec. 26 and Dec. 30 need some love, too.

So, in a radical departure from the … two-month history of this blog … let’s ignore the weekend, and come up with a few things to do next week. I’ve got comedy, I’ve got classic movies and most importantly, as always, I’ve got beer.

A forthcoming story of mine on the print side of PM will address the many wonders of Shiloh Grill, the new venture from the folks at Harris Grill. The place is great for a date, great for the game, best for bacon, but not too shabby for beer, either. And if you’ve forgotten, Christmas ranks third (behind summer and Halloween) as the best time for seasonal beers.

Up at Pittsburgh’s peak, they’ve got the tasty Sierra Nevada Celebration, the bold Great Lakes Christmas Ale and the crisp Sam Adams Winter Lager. They’ve got dozens of others, too, but those are just my favorites.

Happy hour is from 5-7 p.m., and you’re not at work, so you have no reason to be late. Word of warning, though: It is Mount Washington. It is winter. Pick an ice-free night to venture up the great snow-capped peak. (Shiloh Grill, 123 Shiloh St., Mount Washington. Info: 412/431-4000, theshilohgrill.com)

MONDAY-THURSDAY: JUST ABOUT THE BEST MOVIES EVER, HARRIS THEATER, DOWNTOWN

I mentioned Pittsburgh Filmmakers free thank-you presentation of It’s a Wonderful Life last week, which was by all accounts a rousing success. The employees took a few days off for the holiday, but they’ve come back to grab your attention with two pretty big flicks: The Godfather and The Godfather Part II.

The timeless mafia classics get two nights each (Godfather, Mon.-Tues.; Part II, Wed.-Thurs.) in the perfect downtown Harris Theater. That’s the movie theater you’ve walked by dozens of times, but most likely haven’t spent much time in; it’s time to rediscover it. The skinny construction (it’s sandwiched into a smallish building in the middle of Liberty) makes for an intimate, absorbing place to see a movie—the polar opposite of vast multiplex houses. And since the folks at Filmmakers run the Harris, they know how to make the experience perfect.

Popcorn and candy are cheaper than anywhere in town, and with all due respect to True Grit, Black Swan, The Fighter and the rest, is there a better movie than the freakin’ Godfather playing anywhere? Nope. (The Godfather, Monday and Tuesday, 7 p.m. The Godfather Part II, Wednesday and Thursday, 7 p.m. Harris Theater, 809 Liberty Ave., downtown. $8. Info: 412/681-5449, pghfilmmakers.org)

If your window on Pittsburgh’s comedy scene is limited to the Improv, you’re missing out. There are countless local line ups, open-mic nights, improv sessions and standout ‘Burghers to choose from; you just have to know where to find them.

A number of hometown heroes will take to the stage at Club Cafe (a surprisingly perfect venue for comedy; it’s small, but just the right size to sound like a riot for a local show) for something they’re calling the Fourth Annual Holiday Ha-Ha Comedy Show. Sketch will be provided by local bizarre joke maven TJ Amick with help from the multi-talented Aaron Kleiber (who just opened for Greg Warren during a sold-out weekend at the aforementioned Improv). Stand-up firepower will be provided by new Pittsburgher Billy Lyday and the underrated Ron Placone.