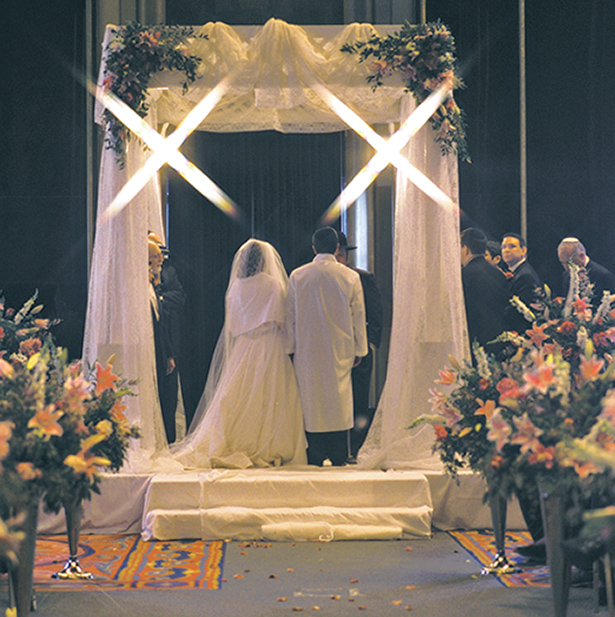 The Jewish ceremony was held in the Urban Room of the Omni William Penn Hotel (530 William Penn Place, downtown; 412/281-7100, omnihotels.com) and included the bride's and groom's nine siblings, their spouses and all 22 nieces and nephews. 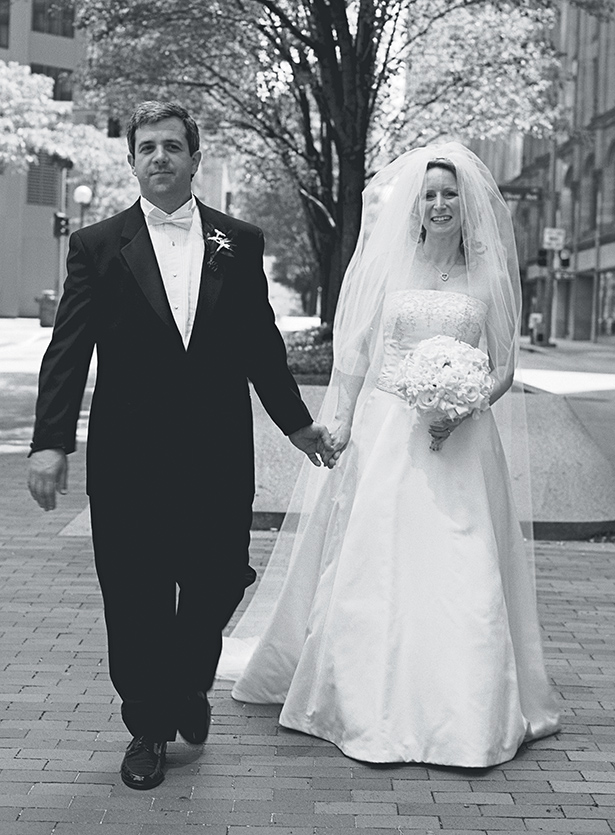 Jonathan was outfitted in a custom tuxedo with white Lord West tuxedo shirt.

The reception was also held at the Omni William Penn Hotel in the Grand Ballroom, with formal place settings on white-linen table cloths. In honor of both Sharon and Jonathan, a double mezinka, a Jewish ceremony for parents whose last child is being married, was performed. All 20 of the bride's and groom's siblings and their spouses also danced around the mothers, who wore crowns of flowers. 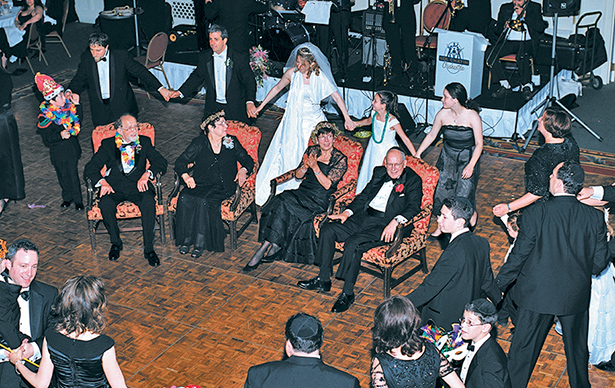