Setting Sail? Plans in the Works for a PGH Taco Boat 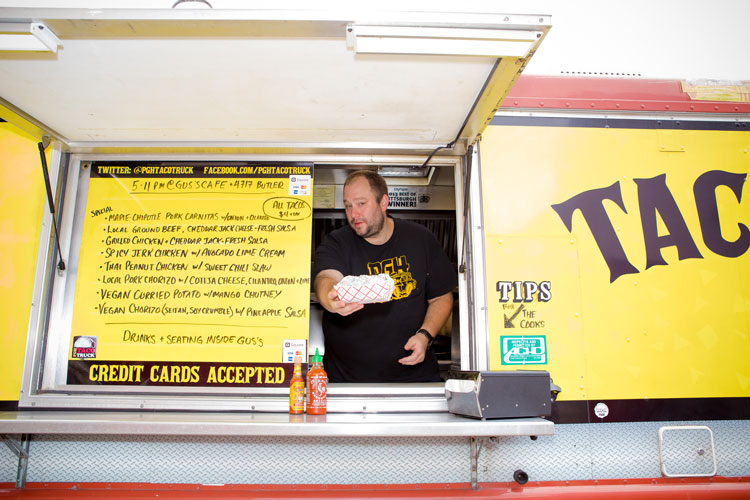 About 20 years ago, PGH Taco Truck owner James Rich saw a black-and-white photograph of a floating espresso machine. It was perched on a wooden boat in Seattle, surrounded by paddlers looking for a riverside caffeine fix. Then he forgot about it.

After two decades — in which Rich launched a food truck and became a major player in Pittsburgh’s mobile-food scene — the picture popped back up in his mind. He had grown up in Annapolis, Md., where cooking on boats is a way of life, and now lived in a city surrounded by three rivers, with enough resources to expand his booming business.

He thought: Why not replace the espresso with tacos?

And so the idea for the PGH Taco Boat was born. Instead of adding a second taco truck to his lineup, Rich plans to bring Pittsburgh its first-ever mobile, floating food vessel by next spring.

The offshoot will “bring a creative approach to what we do already,” Rich says. He’s hinted at plans to use a standard pontoon boat (waving a variation of the Jolly Roger, of course) and tells the Pittsburgh Tribune-Review that his land and sea menus will be similar.

Rich sees a market in the “younger people moving in and exploiting the river’s resources.” So he expects his customers to be kayakers, boaters and companies based near the river. He’s already received two dozen inquiries from such businesses, looking to entertain clients before Pirates games.

The food-boat-in-waiting already has its own Twitter handle, where its followers are even suggesting nicknames for the vessel — The Burrito Barge, Taco Tug, Salsa Sailor.

Safe to assume we'll be flying a variant of this. pic.twitter.com/s2fepmpWLw

The page also addresses the question on everyone’s minds: “Is that even legal?!” PGH Taco Boat’s answer: “Why shouldn’t it be?” We agree.

But yes, it’s totally legal, in case you were concerned. Sail forth. 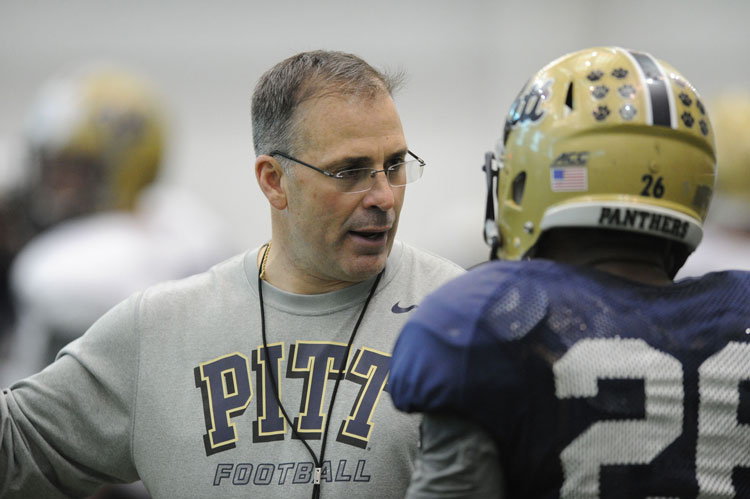 photo courtesy of the university of pittsburgh athletic department

When we first interviewed Pitt's new football coach Pat Narduzzi, it became crystal clear that he was an intense coach who got as close to his players as possible in order to teach and inspire them. But we didn't see this coming.

In addition to setting aside one-on-one time with each player, he’s living with them during August training camp. Along with the entire team’s 100-plus squad, Narduzzi has been spending his nights in Pitt’s Sutherland Hall.

“I’m staying in the dorm with them to get around them more, to see how they live, see what type of music they’re listening to in the evenings, what are they eating, those types of things,” he tells the Pittsburgh Post-Gazette.

"Our kids, if they feel great with one another, they love each and have that relationship, and the coaches love the players, the players love the coaches, we’re going to win some football games.”

Something tells us this will also really drill in the dorm's no-alcohol policy. 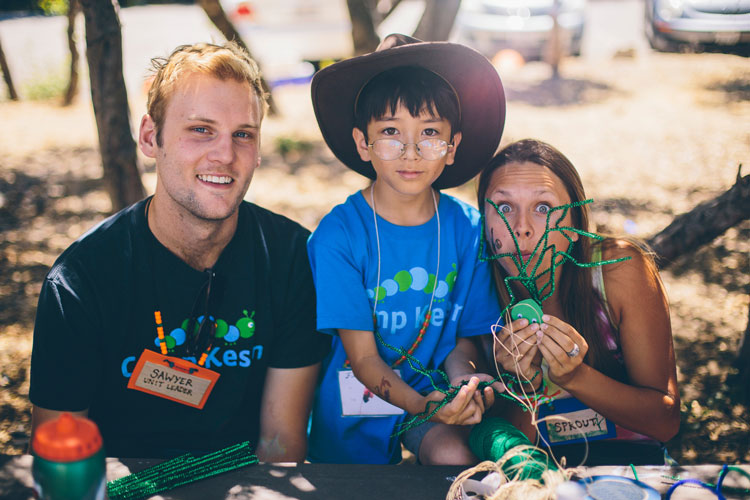 Even those who have never been to summer camp could name its must-have elements: a lake, a bonfire, a talent show.

For the 6- to 16-year-olds attending Camp Kesem at Pleasant Hill Outdoor Camp this summer, the ingredients of that summer idyll are even more welcome: The week-long camp serves children who are grappling with a parent’s cancer.

“Coming to camp helps them to realize they’re not the only ones going through this,” says Lily Daigle, co-director of the national organization’s Carnegie Mellon University chapter.

“Their friends here will understand a little bit more than friends at school.”

Camp Kesem operates in 29 states with more than 60 chapters, all led by college students. The CMU chapter’s inaugural year was made possible through community support and a matching grant from Highmark. Up to 40 campers will attend the free camp from Aug. 16-22.

The camp is staffed by college-age counselors, as well as a mental-health professional, two nurses and a camp adviser from the national organization. While campers can connect with others living with the same worries and fears, Camp Kesem aims to help children cope by letting them do what they do best, says Daigle.

“There are a lot of stresses placed on the family,” she says. “This is mostly just a week for [the campers] to be kids again and have fun.” 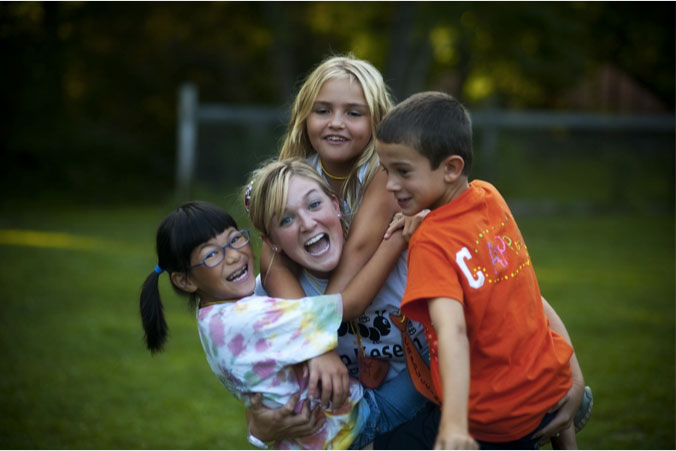