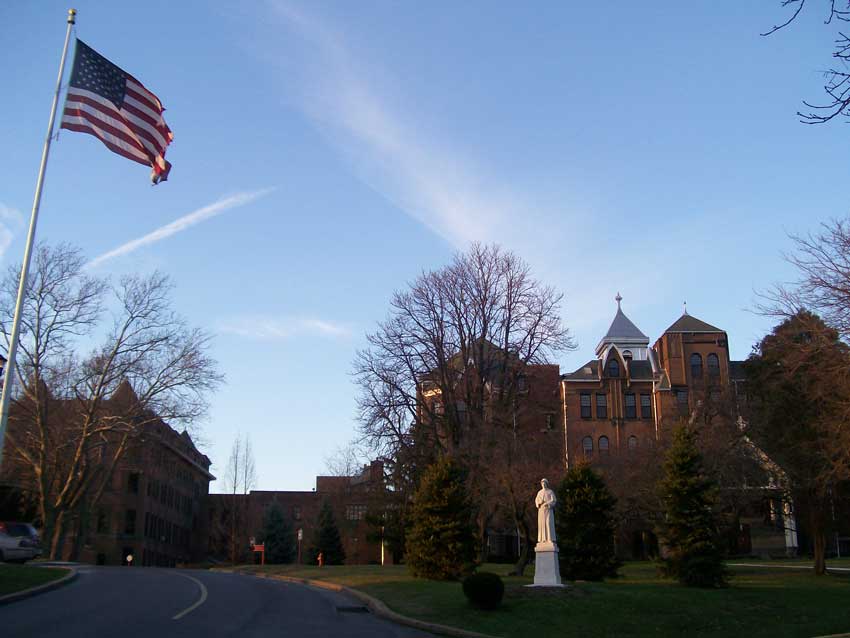 Seton Hill plans to expand campus, Community outreach
Seton Hill University recently purchased the former three-story Verizon call center at 131 Seton Hill Drive in Greensburg. The property sits on 2 acres of land with off-street parking across from the university’s main gate, presenting a fine opportunity for the school to grow. The school will renovate the 58,165-square-foot building and tag it “131.”

After its three-phase renovation, the location will be primed to accommodate numerous school programs catering to students and local citizens. It’s expected that those affiliated with the entrepreneurial studies, women’s business programs and Holocaust education tracks will use the space. It’s likely that the Office of Campus Safety and Security will also use the building. Seton Hill’s new addition coincides with its other current efforts for downtown expansion through the Performing Arts Center and the Dance and Visual Arts Center, which is  under construction.

Women of WVU supports Lady Mountaineer Volunteers, Seeks new members
Last week, West Virginia University’s WVU Foundation announced that Women of WVU — an organization for Lady Mountaineers to become more involved in educational activities, networking and philanthropy — is seeking new members. The idea for the group evolved after a 2013 focus group of female volunteers explored the topic of women and philanthropy, mostly in relation to a book co-authored by a WVU alumna, “Women & Philanthropy: Boldly Shaping a Better World.” Because the group found that female volunteers’ views and emotions differed from those of other volunteer types — both in relation to WVU and general volunteerism — Women of WVU was developed to support those in such a demographic.

Explore multiple disciplines and experiences through these college events

Carlow University
May 2 from 6-9 p.m.; Eastside Neighborhood Employment Center, Garfield;
At Unblurred: First Fridays, see photos shot by 11 Carlow University undergrads who spent spring break venturing through European Holocaust sites via a 10-day “Never Again: A Holocaust Remembrance Tour.” The tour was part of a semester-long program aiming to “understand both the Nazi rationale for the mass extermination of 12 million people — including 6 million Jews — and also shed light on the other categories of people persecuted and murdered during the Holocaust,” as noted in a recent press release. As part of the program, students also were required to connect with Pittsburgh’s local Jewish community through various service projects and tours.

Unblurred, hosted by Penn Avenue Arts Initiative, is a joint venture of the Bloomfield-Garfield Corporation and Friendship Development Associates.

This article appears in the April 2014 issue of Great Minds.
Categories: Great Minds