With only half of the needed donations coming in, the greater Pittsburgh region is unprepared to handle unexpected injuries and catastrophes. 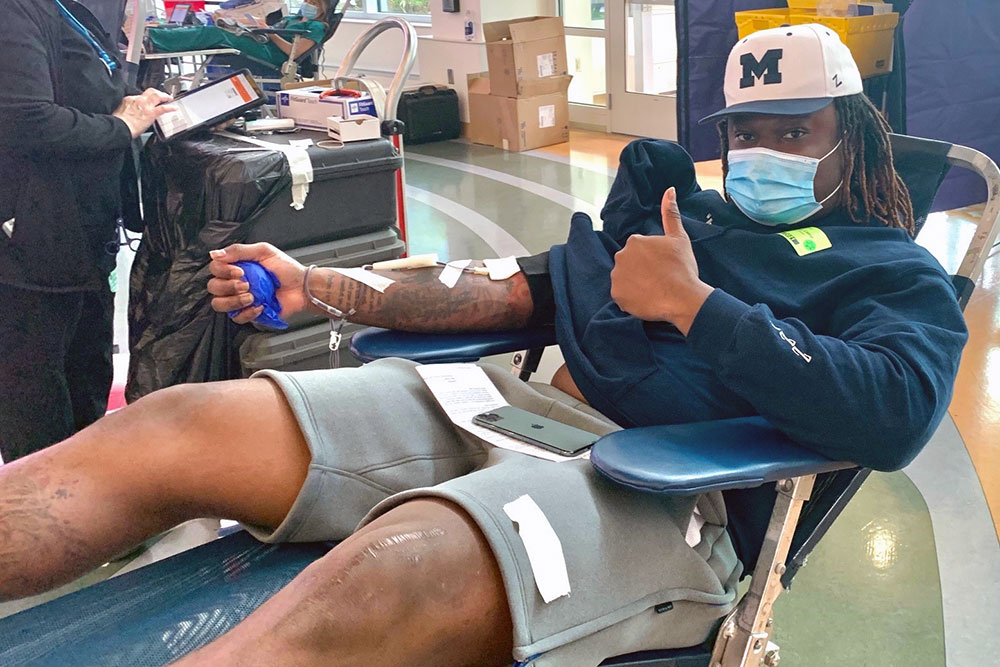 As Americans get ready to celebrate Independence Day weekend with cookouts and fireworks, organizations such as Vitalant and the Red Cross are asking people to step up and save lives.

Both organizations announced June 14 that a critical blood shortage is impacting more than 900 hospitals across the country. In Pittsburgh — a city known for its hospitals — the demand for donations remains high.

“In the Greater Pittsburgh area in western Pennsylvania, we do need 600 blood donations every day to be able to provide our hospitals what they need to treat their patients,” says Kristen Lane, communications manager for Vitalant in Pennsylvania and Ohio. “Right now we’re only seeing about half that amount.”

Blood collection at Vitalant, an organization that sends local blood donations to UPMC and Allegheny Health Network hospitals, normally slows down in the summer when people go on vacations and become more involved in recreational activities. But Lane says the organization hasn’t faced a shortage this bad in the five years she’s worked there, something she attributes to the pandemic.

Even with businesses and organizations opening back up, many have canceled blood drives due to restrictions that prioritize their own employees and members first. Last month alone, Vitalant lost 6,200 anticipated blood donations nationwide due to canceled drives.

“Everything is in flux right now,” Lane says. “It’s not that they [organizations] don’t want to host blood drives, it’s that they’re facing restrictions on their part, that they can’t open up.”

One example includes PNC Park, which hosts as many as eight blood drives each year. Current MLB regulations prevent the stadium from allowing outside organizations to occupy the same areas players do.

“It’s not a light switch to get those drives up and running, it’s more like a dimmer switch,” Lane says. “We know that our blood drive posts are going to come back, but it’s the here and now that we are really concerned about.”

And right now, in addition to a lack of blood donations, Pittsburgh is also experiencing an increased need for blood transfusions. As people undergo surgeries they postponed during the pandemic, hospitals have less blood to use for unexpected injuries.

“You can never predict how many emergencies that are going to be…when there’s going to be a car crash … there are shootings all the time now … big disasters like that condominium building in Miami that just collapsed,” Lane says. “Anything that has a high number of injuries, has the potential for people needing blood.”

A four-day supply of blood is recommended in preparation for these kinds of situations. Currently, Vitalant is below a four-day supply for most blood types and below a two-day supply for Type O, which is the most transfused. Going into Independence Day weekend, a time with increased travel and injuries, these blood shortages pose an even greater threat.

But Lane hopes people’s desire to save lives will overcome the current shortage.

“Most people who are not doctors or first responders never have the opportunity to save a life,” Lane says. “But when you give an hour out of your day to donate blood … and you save three people’s lives, there is no greater honor.”

People who would like to donate blood can make an appointment at a Vitalant donation center or blood drive by going to the organization’s website. Vitalant is especially looking for people to donate platelets, which only have a shelf life of five days. Those who donate blood between now and July 6 will receive a free t-shirt.