See What Piece of Pittsburgh is Going to the Moon

Of all of the items proposed, this one earned the most votes. 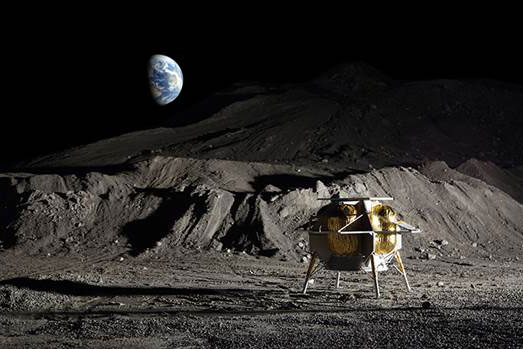 More than  20,000 votes were cast to decide which piece of Pittsburgh should be sent to the moon. With 51 percent of the vote, the item that will take the 240,000 mile trip is … a token from Kennywood Park.

“We’re over the Moon about the opportunity to represent Pittsburgh in outer space, and we thank the History Center and Astrobotic for making this happen,” said Kennywood General Manager Jerome Gibas in a  press release. “This Kennywood token doesn’t have an expiration date, so if it ever makes its way back to Earth, it can be used to buy some of our world-famous Potato Patch fries!” 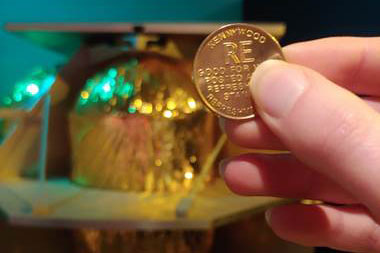 Coming in at second place with 14 percent of the votes was an SD card with the theme song from “Mister Rogers’ Neighborhood” on it. Third place was taken by a mini version of the Eat n’ Park Smiley Cookie – a write-in that received nine percent of the votes.

Other items that were included on the vote were a Heinz pickle pin, soil from Moon Park in Moon Township, a piece of a Steelers Terrible Towel, a photo of Toni Haggerty, a staff member from the original Primanti Bros. that has been working there since 1973, and a City of Pittsburgh flag pin.

The Kennywood token will be part of the first commercial lunar landing in 2021. It will be aboard Astrobotic’s Peregrine lunar lander, which was on display at the Heinz History Center as part of the Smithsonian Destination Moon: The Apollo 11 Mission exhibit.