See The Tiny House with Room to Grow

The housing company Module, a Pittsburgh start-up, creates an alternative housing model that grows in size as you grow in income. 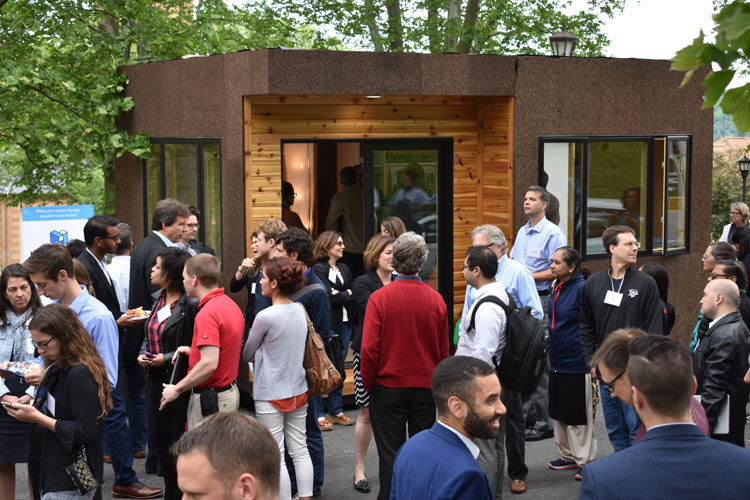 First-time home buyers in Pittsburgh sometimes have to give up the space they need due to price because of the rising cost of housing. Beginning next summer, the startup housing company Module will help first-time buyers get what they need now — and years after they move in.

“I thought Pittsburgh would be a great place to start. I’m originally from here and when I moved back wanting to create a better way to build housing, Brian Gaudio, CEO and co-founder of Module, says. “I thought, ‘Why not do it in a place you love and are passionate about?’”

The idea behind Module begins with a base house of the essentials. For example, an entire house could consist of a kitchen, bedroom and bathroom. Later, when the owner can afford it, extra rooms can be added on, somewhat mimicking LEGO blocks, by stacking them together. 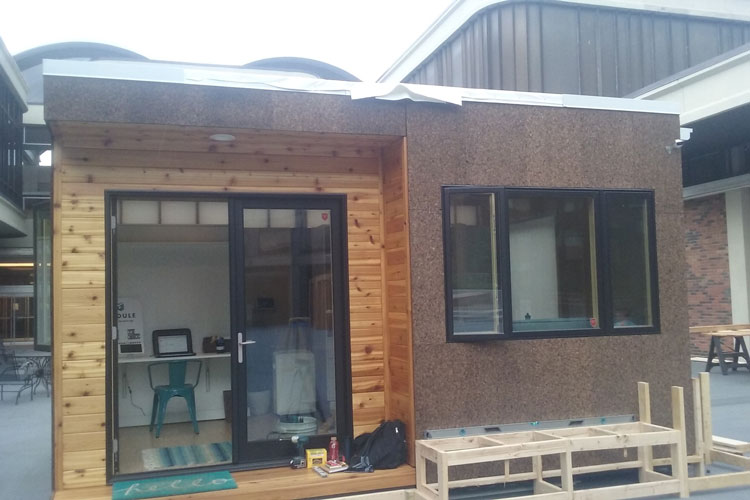 “We want to be thought of as a paradigm shift, from the thought that houses should be bigger and more expensive to houses being smarter, and we want to be recognized as the company that’s leading that way,” Gaudio says.

A similar-sized tiny house in Garfield sells for $109,500, according to the Pittsburgh Post-Gazette. Gaudio says module base homes will cost less. He also says the model, which is an extension living room/office space located at Nova Place on the North Side, cost $20,000 to build.

“The house is made to be environmentally friendly. We use recycled materials and natural light to be as energy efficient as possible,” co-founder and chief design officer for Module Hallie Dumont says. 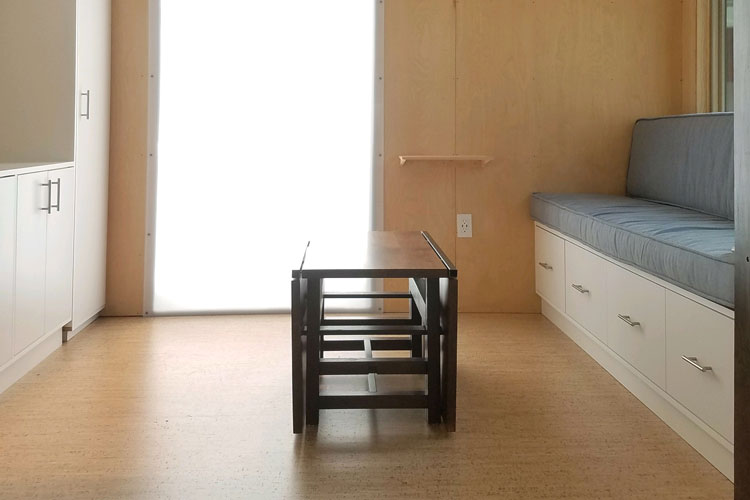 Gaudio found his inspiration in South America after talking with architects, designers and developers of incremental housing.

“There’s this architecture firm in Chile called Elemental,” he says. “They built thousands of these in South America, where the building codes and housing codes are less strict, so they basically D.I.Y. their house.

The first Module unit will be built next summer as a rental home near Perry on the North Side. Gaudio says from there, Module homes will be built in other urban communities Uptown, and he hopes to have them in at least three more states in the coming years. 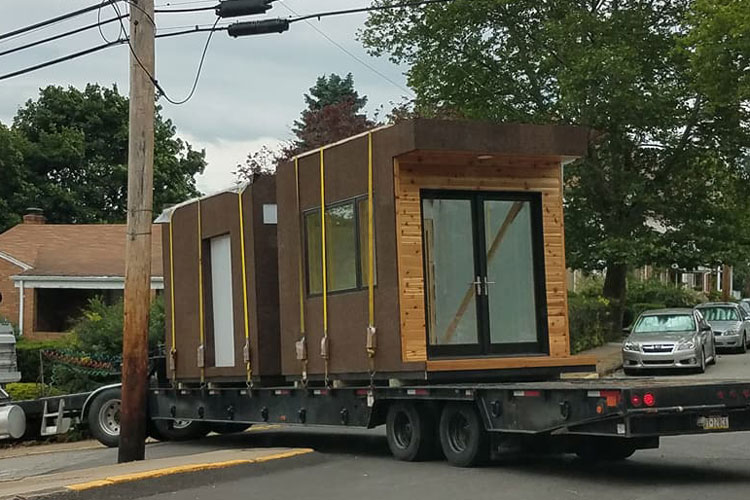 Pittsburgh Seeking Artists to Bring New Life to the City

Time to Nominate for Best of the 'Burgh in 2021

Pittsburgh Seeking Artists to Bring New Life to the City

Why Pittsburgh is Moving Much of Its Data to the Cloud

Pittsburgh Pet of the Week: Red

How Social Media is Helping Pittsburghers Get Vaccinated

Perspectives: What the ‘Nutting Effect’ Means for the Pittsburgh Pirates

Reasons for Optimism Regarding The Pandemic in Allegheny County

Perspectives: Heart Health Awareness is Necessary to Save Lives