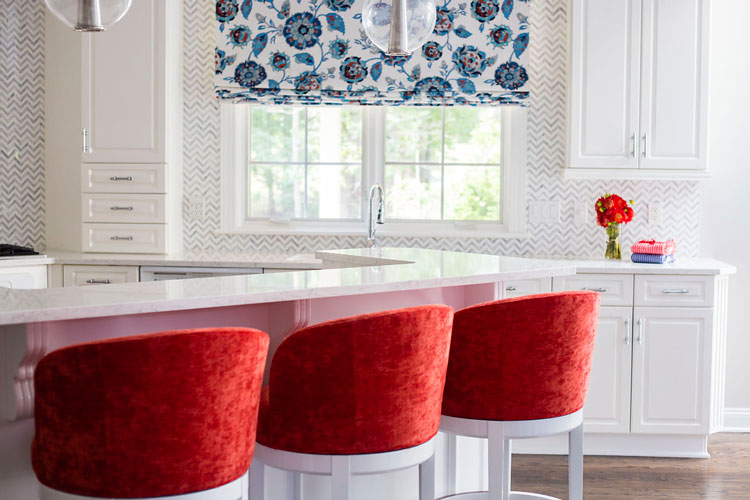 A “sea of brown and beige,” is how interior designer Alisha Gwen describes Robin Midian and Anthony Lupetin’s house when she first met with them two years ago to discuss overhauling the décor.

“There was a lot of overstuffed furniture, lots of carpet. It was just blah,” Gwen, the owner of Alisha Gwen Interior Design in Shadyside, says. “It hadn’t been refreshed since [Midian] built the home 10 or 15 years ago. It was time to breathe some new life into it.”

The house in Gibsonia’s Treesdale community certainly is “blah” no more. In fact, it purposely resembles a work of art.

At the family’s request, Gwen used colorful, contemporary paintings by Lupetin’s daughter, Bridgid, as the inspiration for creating a vibrant décor scheme that utilizes bold splashes of primary colors. 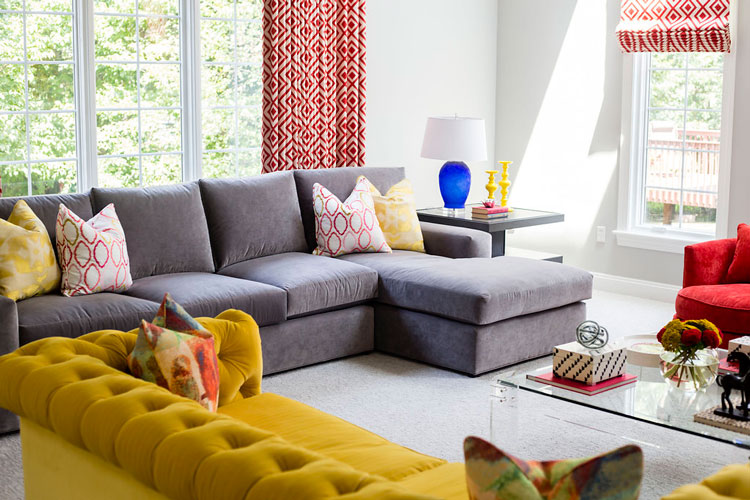 For the wall colors, Gwen went neutral, allowing the furnishings and accent pieces in shades of red, blue, yellow (check out that chesterfield-style couch) and purple to shine on their own.

“I just love how all the colors play together and it just feels fresh and fun,” she says.

The home’s makeover, which took about a year to complete, also is featured in the latest issue of HGTV Magazine. 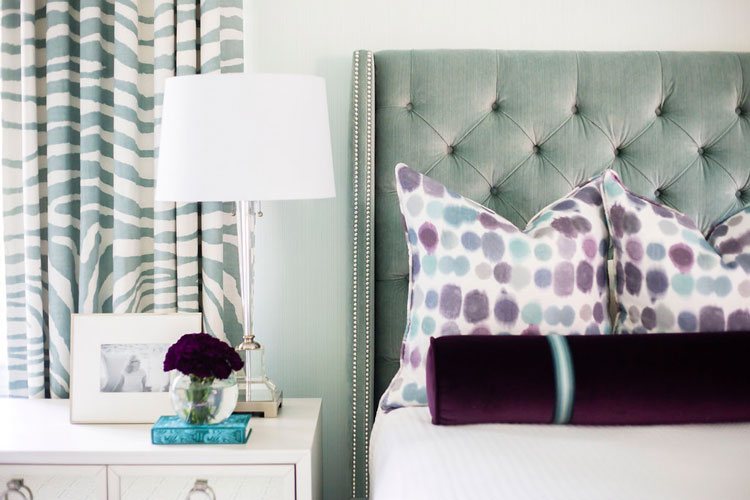 Gwen says she is thrilled to have the home in the national spotlight, although, she recounts how when she first met the couple — who are both doctors and had recently become engaged — and heard their desires for the home, she told them their house would belong in a magazine by the time she was done.

“I just had a gut feeling,” she says. “I knew it was going to be one of those spaces made for editorial because of the colors.”

Besides revamping the décor, Gwen says process also included refinishing some of the hardwood floors and adding new carpets. 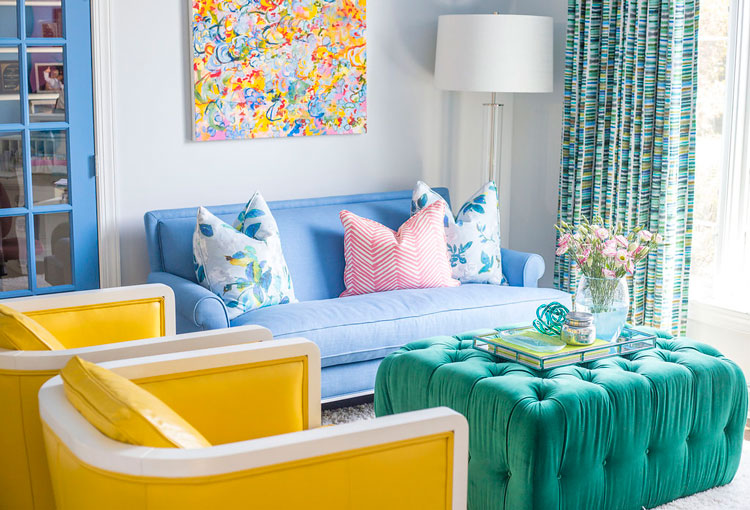 Her favorite room, which did not make it into the magazine (but can be seen here), is the front sitting room. 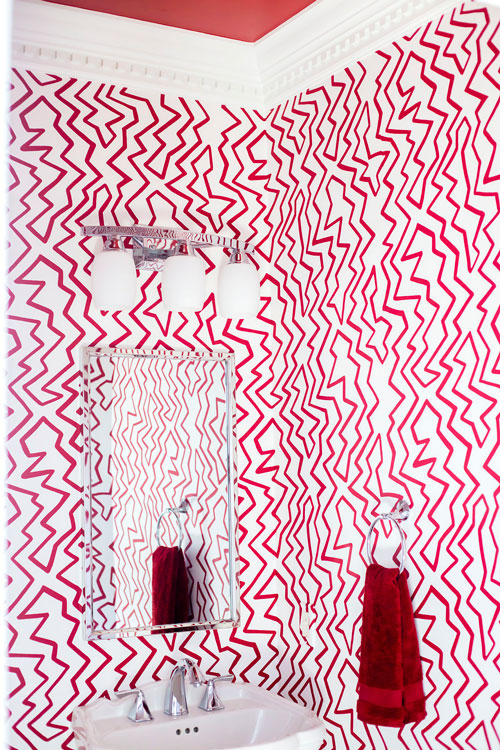 Also decidedly unneutral is the guest bathroom, which features a Brunschwig & Fils wallpaper patterned with red zigzags on a white background.

By this point, Midian told HGTV Magazine, there was already so much color and pattern being added to the home that she didn’t give adding the eye-catching wallpaper a second thought. 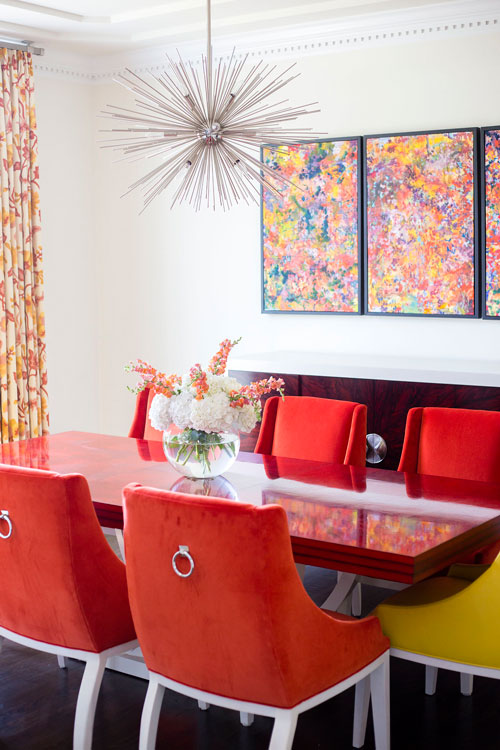 As for Gwen, she was thrilled her clients let her go all out with their color story.

“I was ecstatic,” she says. “Usually jobs like this don’t come along. They had a great jumping off point to start the project with beautiful, original artwork for inspiration.”