Guaranteed you will look at this more than once. 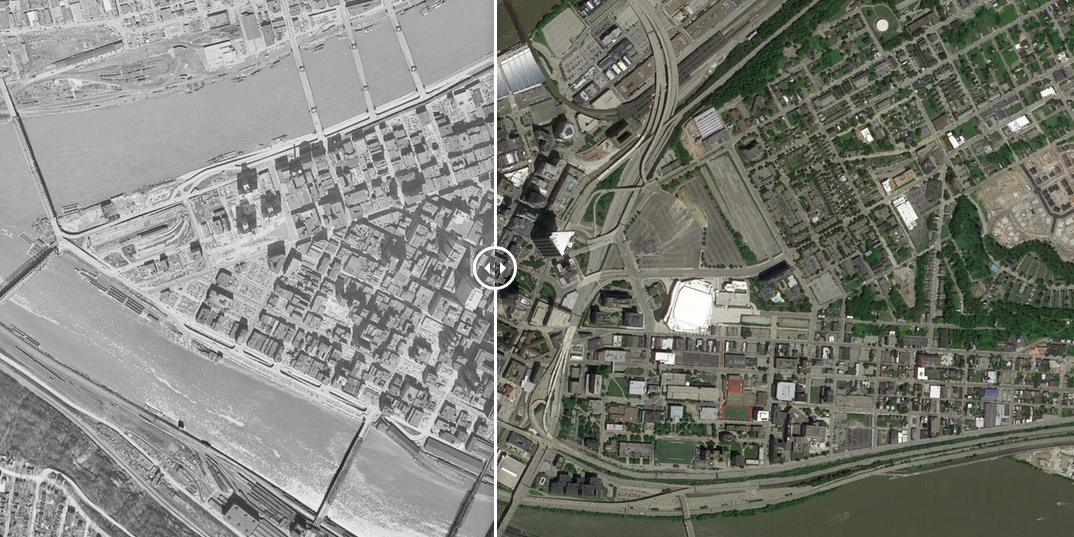 Image via University of Oklahoma’s Institute for Quality Communities

A lot has happened to downtown Pittsburgh in the past 60 years. Now you can watch six decades of change in a matter of seconds.

The Institute for Quality Communities at the University of Oklahoma overlapped two photos of the Golden Triangle, one from 1952 and another from 2014, and added a simple slider to let you see just how much the core of this city has changed over the last 62 years. Pretty slick. Click here to try it out.

This is how they described the transformation.

Pittsburgh is another city with a shocking urban renewal history, particularly in the areas east of downtown, the Lower Hill District and Hill District. Thousands of structures were destroyed for facilities like Civic Arena, which has now been destroyed and slated for redevelopment. The Hill District was a prosperous African American neighborhood that descended into crime and poverty during the urban renewal period and was further destroyed by riots following the assassination of Martin Luther King, Jr.

As we have reported, the Hill District is now on the cusp of a long-awaited renaissance, thanks to the grassroots community efforts and investments by nonprofits, foundations and developers.
—Richard Cook 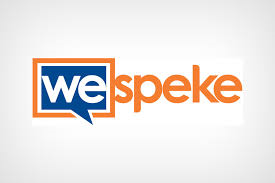 Drop your pen — “Notebook” sheds its paper-bound medium as the latest tool offered by WeSpeke, the free social platform for language learning. Green Tree-based WeSpeke is among a host of language-related tech firms in the city. The Notebook gives users a space to stow away and return to tidbits of information on a smartphone, tablet or computer in their journey to a foreign tongue. Information — text, audio or video — could come from conversations with their practice partner, apps, games, PDFs or other URLs. As for Pittsburgh’s WeSpeke users, we challenge you to record and share the international equivalents to “jagoff.”