Season of Change: The New Faces in Higher Education

As students head back to school, get caught up on who’s been coming and going in the past months at the helm of these colleges and universities in western Pennsylvania. 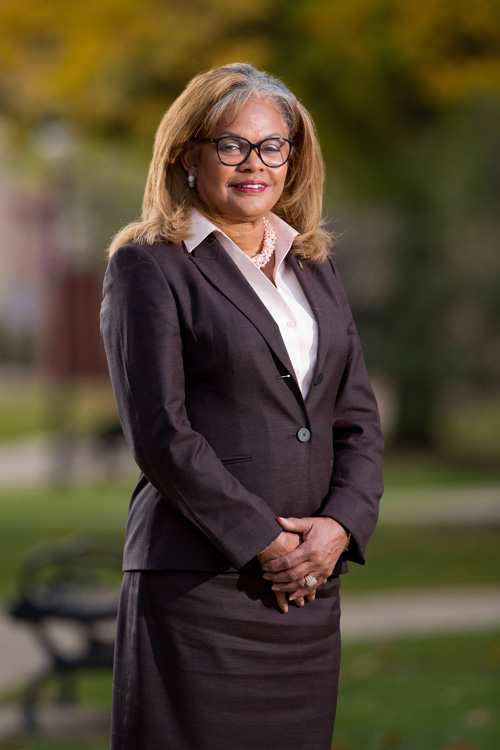 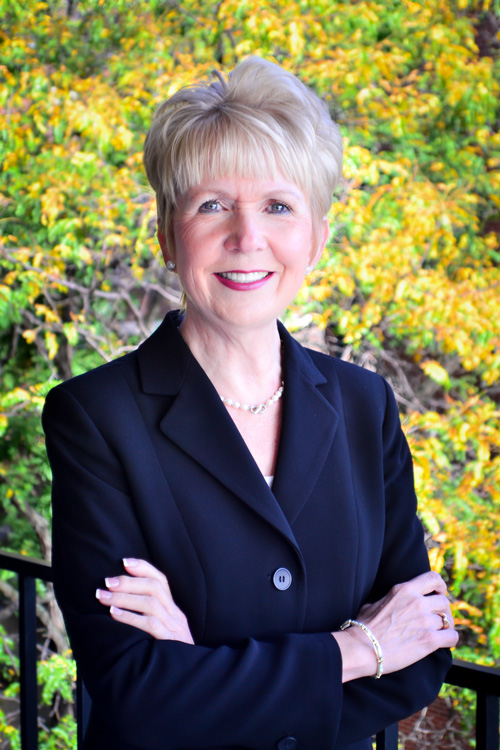 Carlow University
Suzanne Mellon
President
• Started in 2013
• Age: 63
• Background highlights: served as dean of the College of Health Professions and McAuley School of Nursing at University of Detroit Mercy; executive vice president of Saint Anselm College; received the “Integrity Matters” award from the College of Health Professions Honor Council at University of Detroit Mercy and the Symond Gottlieb Award for Outstanding Health Care Leadership from the Greater Detroit Area Health Care Council
• Challenges: educating the workforce that is needed for tomorrow, as well as developing the competencies, critical skills, and strong ethical base needed to address an ever-evolving economy in a changing world.  Providing access to an affordable education for those who want to advance their life, their family, and the life of the community. 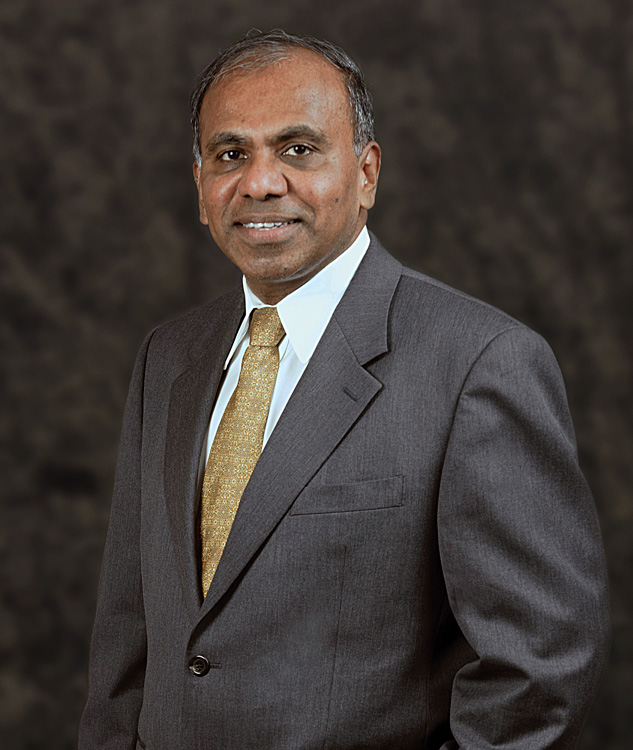 Carnegie Mellon University
Subra Suresh
President
• Started in 2013
• Age: 59
• Background highlights: served as dean of the School of Engineering and the Vannevar Bush Professor of Engineering at Massachusetts Institute of Technology; holds 11 honorary doctorate degrees from universities in the United States and abroad; selected as a top-10 researcher by Technology Review Magazine in 2006; helped to create the MIT Transportation Initiative and the Center for Computational Engineering; led MIT’s efforts in establishing the Singapore-MIT Alliance for Research and Technology Center; at National Science Foundation, established INSPIRE, PEER research program in collaboration with U.S. Agency for International Development and the NSF Career-Life Balance Initiative, among other creations
• Challenges: putting more funding into arts and humanities research; expanding the campus along Forbes Avenue 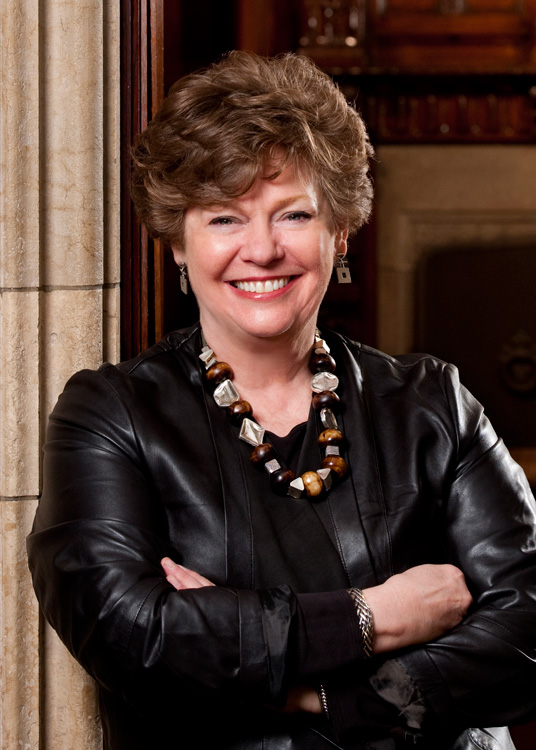 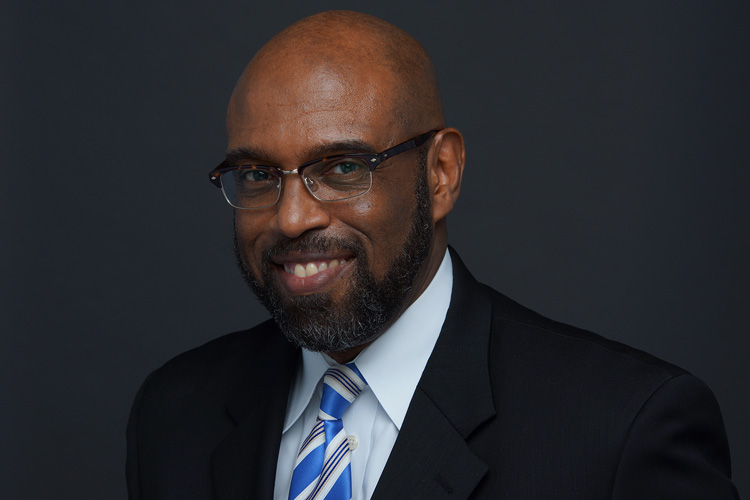 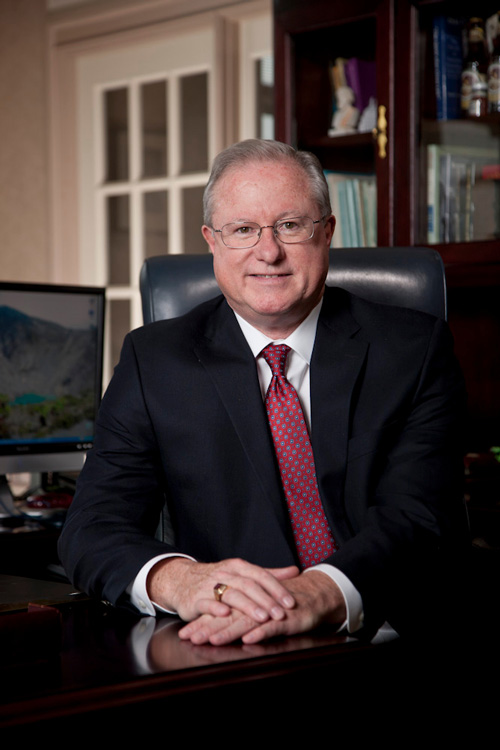 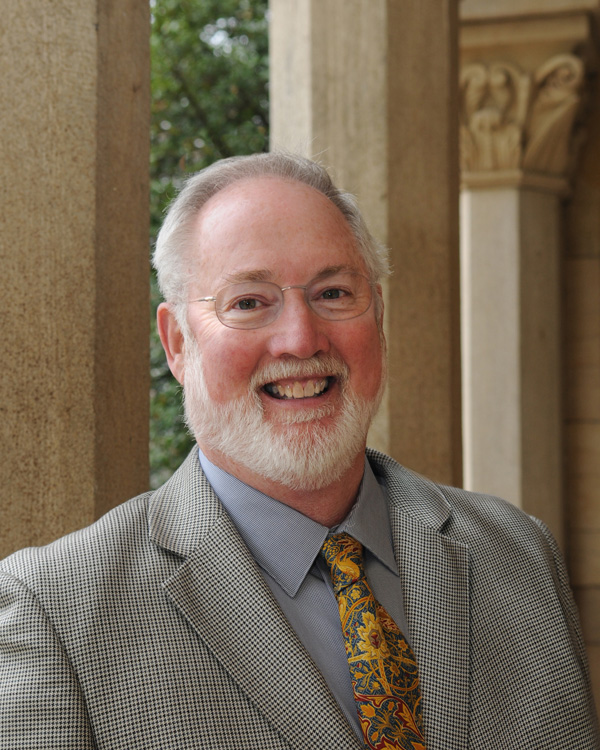 Geneva College
William J. Edgar
interim President
• Started in 2015
• Age: 69
• Background highlights: past chair of Geneva’s Board of Trustees and its Board of Corporators; chaired the Board of Trustees of the Reformed Presbyterian Theological Seminary; conducted dissertation research in Greece with aid of a Fulbright grant; is a former pastor; taught mathematics in West Chester, Pa.
• Challenges: strengthening connections with surrounding communities; improving on- and off-campus communication to sharpen Geneva's identity as a Christian college; continuing to make education convenient, affordable and career-building 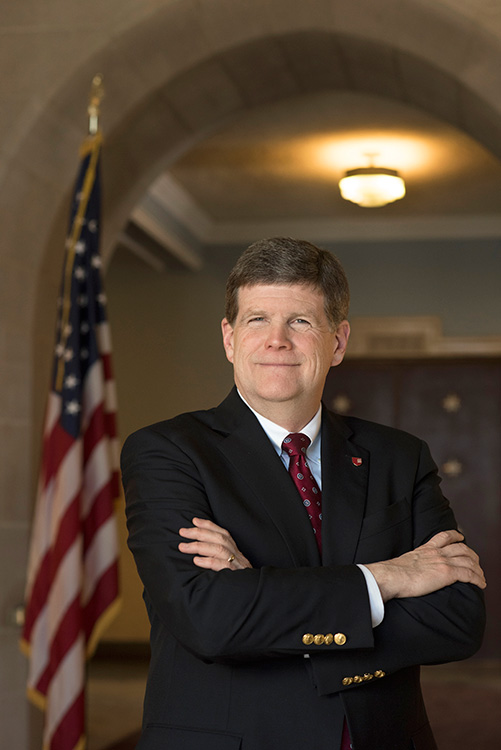 Grove City College
Paul J. McNulty
President
• Started in 2014
• Age: 57
• Background highlights: served as the U.S. attorney for the Eastern District of Virginia from 2001-2005; appointed in 2006 as the deputy attorney general of the United States during President George W. Bush's administration; left in 2007 to join the law firm of Baker & McKenzie LLP, now of counsel there
• Challenges: closing the college's largest and most successful capital campaign; increasing awareness of the commitment to cultivating the Christian worldview; expanding the academic program to better serve students and the community, and ensuring high return on investment for students 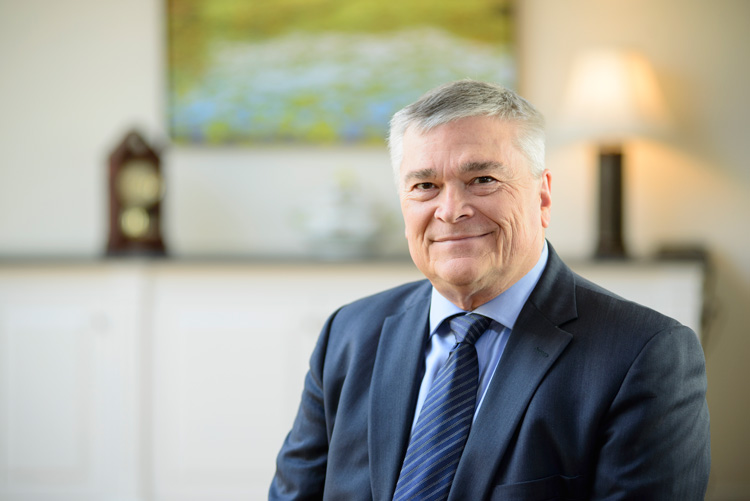 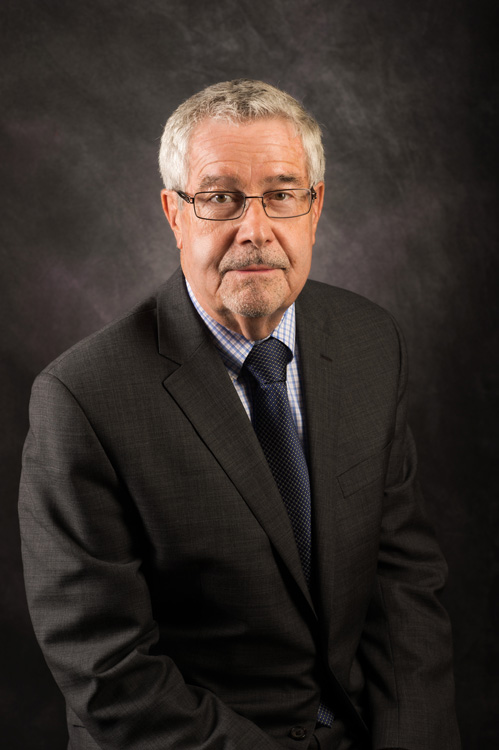 Robert Morris University
David Jamison
Interim President and Provost
• Started at the university in 2002; became interim president in 2015
• Age: 71
• Background highlights: RMU provost and senior vice president for academic affairs since 2008; dean of the School of Communication and Information Systems from 2002-2008; led RMU to full re-accreditation by the Middle States Commission on Higher Education; worked to earn accreditations for business, engineering, education, nursing, nuclear medicine and actuarial science and re-accreditation in computing; instrumental in reviving the Colonial Theatre program and student newspaper, creating RMU Radio and creating the RMU Center for Documentary Production and Study; and leading RMU to earn its first programmatic external accreditation, for computing, from ABET-CAC
• Challenges: opening new building for the School of Nursing and Health Sciences; carrying out plans for multipurpose event center 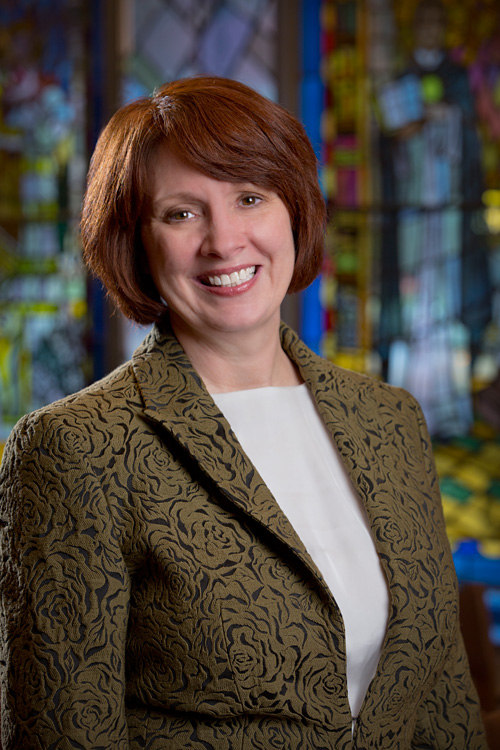 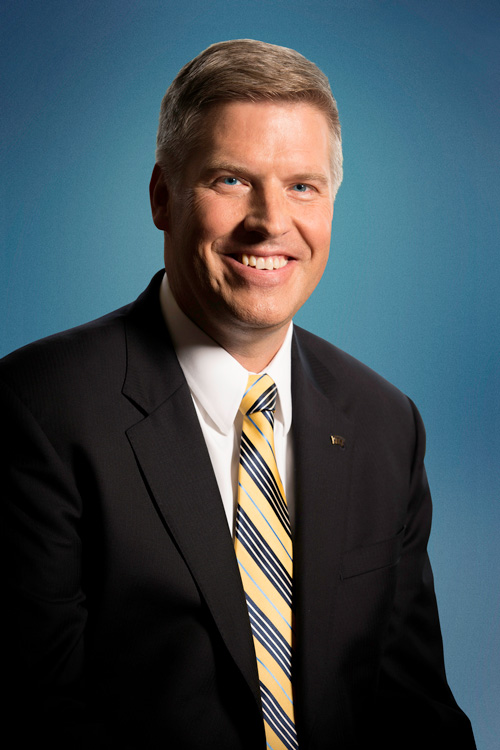 University of Pittsburgh
Patrick D. Gallagher
Chancellor
• Started in 2014
• Age: 51
• Background highlights: served as director of the National Institute of Standards and Technology in 2009; undersecretary of Commerce for Standards and Technology in 2010; acting deputy secretary of commerce with the U.S. Department of Commerce in 2013; awarded with Gold Medal for leadership in interagency coordination efforts by the U.S. Department of Commerce in 2006; received honorary doctor of public service degree from Pitt in 2013; received honorary doctor of science degree from Saint Vincent College in 2014; member of the American Physical Society and the American Association for the Advancement of Science
• Challenges: building on past chancellor’s collaboration with UPMC, Carnegie Mellon University, the City of Pittsburgh and the state; continuing to encourage fundraising from private donors; dealing with rising cost of tuition; focusing on government and economic opportunity as well as education 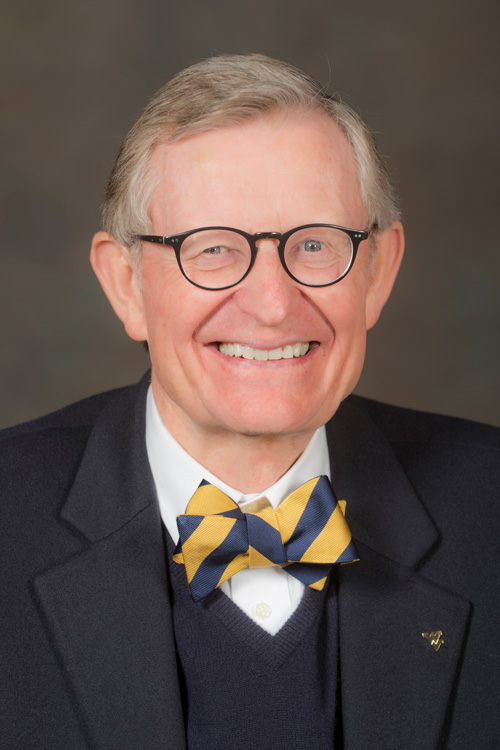 West Virginia University
E. Gordon Gee
President
• Started in 2014
• Age: 71
• Background highlights: associate dean in the J. Reuben Clark Law School at Brigham Young University; dean of the WVU College of Law (named president one year later); former president at the University of Colorado, Brown University, Vanderbilt University and twice at The Ohio State University; named one of the 10 best U.S. college presidents by Time Magazine in 2009; fellow of the American Association for the Advancement of Science; received the distinguished Alumnus Award from the University of Utah and Teachers College of Columbia University
• Challenges: guiding the university through $1 billion in construction projects (improved research labs and student housing); increasing student enrollment and creating a campus culture that puts students first; advancing the university’s research agenda; working with West Virginians to improve lives and communities

This article appears in the September 2015 issue of Pittsburgh Magazine.
Categories: Education