Scream, Then Drink, at These Must-Do Halloween Outings

Visit the three pillars of Halloween in the Pittsburgh area (and grab a satisfying drink after). 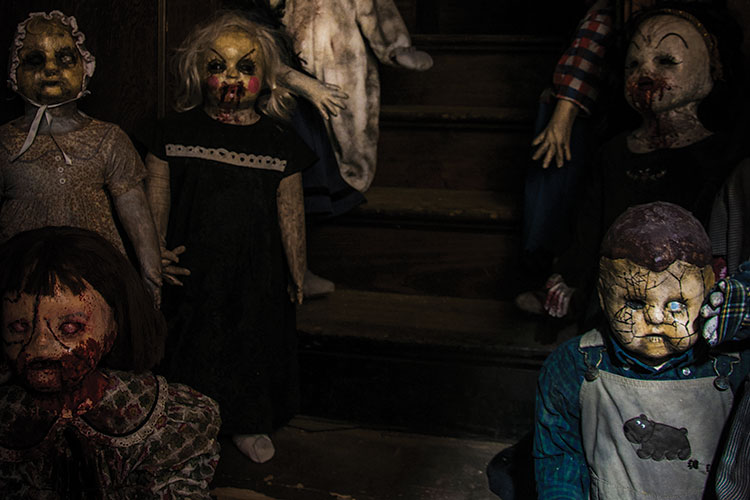 If you work hard at it — and you should — you can fill the whole month of October, and then some, with Halloween outings. Haunted attractions, cinemas offering horror classics, hayrides, conventions, parties and more: no ’Burgher will ever lack for October outings. But there are three essential Halloween-season experiences that have distinguished themselves enough to become part of a creepy canon — and, in each case, we have a suggestion for a solid place nearby for post-fright drinks. (An alternative: Stop at the bar beforehand, if you’re in need of some liquid courage.)

Row House of Horrors. A number of local theaters offer Halloween programming. But Row House Cinema’s festival of fear is the best in town — and the theater is completely dedicated to seasonal choices for more than half the month. A week of witch flicks (Oct. 12-18) includes “Hocus Pocus,” “The Craft” and “Suspiria;” the Row House of Horrors celebration itself rotates through eight choices, including classics such as “A Nightmare on Elm Street” and “The Blair Witch Project” as well as this year’s most buzzworthy horror flick, “Hereditary.” After the show, make the short walk to nearby Grapperia to discuss your innermost fears with appropriately low lighting.

ScareHouse. Pittsburgh has three perennially excellent spookhouses, as South Park’s Hundred Acres Manor and Kennywood’s Phantom Fright Nights are always worth the trip. But Etna haunt ScareHouse regularly finds itself listed as one of the top Halloween attractions in the nation for good reason: The stagecraft is unmatched, the actors are experts at getting under your skin and the yearly themes never disappoint. This year, that includes a lights-out version of their excellent journey into Hell, “Infernal Darkness,” and a revival of the yinzer-riffic “Pittsburgh Zombies” haunt, which sets the undead loose in recognizable re-creations of local spots. Keep the night on-brand by visiting a proper Pittsburgh bar in the vicinity; the respectable Porky’s Bar & Grill is just a few streets away.

Living Dead Weekend. Until a few years ago, those on a pilgrimage to the “Night of the Living Dead” filming site in Evans City got to drive to a graveyard, look around and turn back. Now, thanks to the establishment of the Living Dead Museum, there’s a year-round destination — and an annual festival. Living Dead Weekend (Oct. 5-7) hosts cast members from the George Romero films, plus screenings, panels, tours and a bevy of horror merch. Expect a solid lineup in honor of the film’s 50th anniversary (which is also being feted with a revival at the Byham Theater on Oct. 6). Swing through nearby Cranberry for a big pub-grub meal and Moscow Mules at North Park Lounge Cranberry on the way home.