Beneath a longstanding Strip District church, visitors could once descend into catacombs. 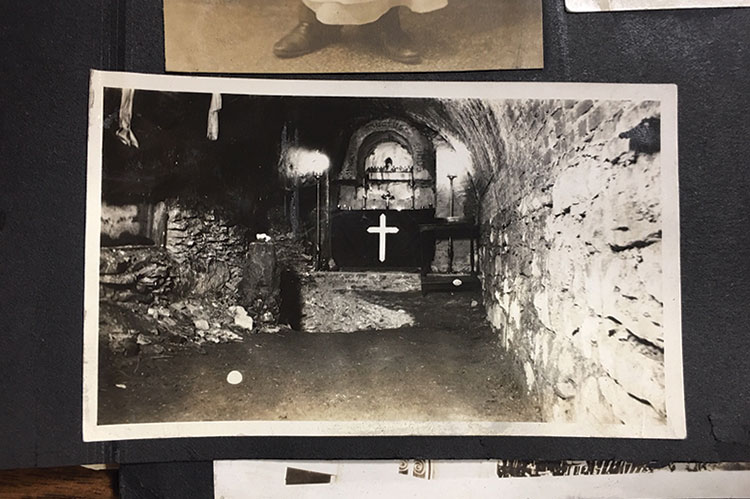 In the spring of 1974, my mother and I were on a train heading for the Pyrenees when she told me that she had been baptized with water from Lourdes, the French spring purported to have been revealed by an apparition of the Virgin Mary.

She and my father were born and raised in Hazelwood. She knew that a popular local priest had made a pilgrimage to France in the mid-1920s and brought back some holy water from the spring at Lourdes. Some of that water was poured over her forehead when she, as a baby, received the holy sacrament at St. Stephen Catholic Church.

Years later, in 1990, when I was making a video documentary, “Holy Pittsburgh!”, I learned about Father James Cox, a popular priest who had been pastor at Old St. Patrick’s Church in the Strip District in the 1920s and ’30s. He was most famous for leading a march of the poor and unemployed in Washington, D.C., in 1932. He appeared on WJAS radio, he claimed to be the first priest to say Mass on an airplane — and he made frequent pilgrimages to Lourdes. He was probably the priest who brought the holy water in which my mother was baptized, I concluded. 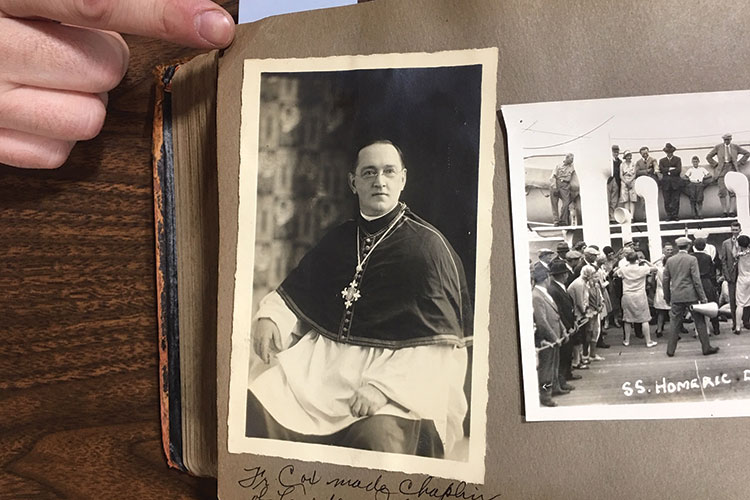 He also built a sort of holy roadside attraction under his church building in the Strip. The Old St. Patrick’s building was much bigger than the church that stands on Liberty Avenue at 17th Street today; Father Cox opened some of the church’s basement and underground foundation passageways as Pittsburgh’s own Catacombs.

A few weeks ago, I was contacted by Dennis Wodzinski, director of the archives and record center for the Diocese of Pittsburgh. He was researching Cox’s Catacombs after the diocese received two vintage scrapbooks that included several photographs from inside the underground passageways.

The photos are great, with rocky narrow hallways, a few religious statues and a small chapel where Cox occasionally celebrated Mass. The pictures were in two scrapbooks that belonged to Andrew Krupnick, a Catholic Brother and secretary to Cox. He accompanied Cox on several European pilgrimages and kept photos of his travels. 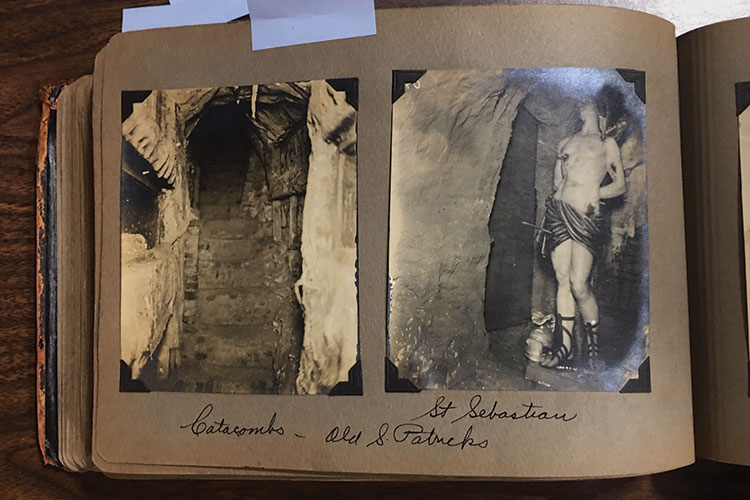 Wodzinski told me the scrapbooks (and one of Cox’s metal suitcases) were donated by the artist Johno Prascak — Krupnick’s great-nephew. Prascak told me that he and his siblings decided the scrapbooks needed to be preserved; the Diocese’s archives seemed like the best place for them. He never knew his great-uncle, but he knew that Krupnick was from Hazelwood, where he and his mother lived on Flowers Avenue.

I laughed and said, “They went to St. Stephen’s.” Of course. It was probably Krupnick who delivered the Lourdes water that a priest in Hazelwood used to baptize my mom. It was a wonderful example of a purely Pittsburgh moment, when we start to see how we are all connected and how small this city can be.

“I know that my great-grandmother, Anna Krupnick, was also a fabulous cook — and always made pierogies for Father Cox,” added Prascak.

This article appears in the April 2019 issue of Pittsburgh Magazine.
Categories: From the Magazine, Hot Reads, Rick Sebak