Scenic Pittsburgh has picked up the mantle of a century-old fight atop Mount Washington as one of the many large and small beautification battles it fights. 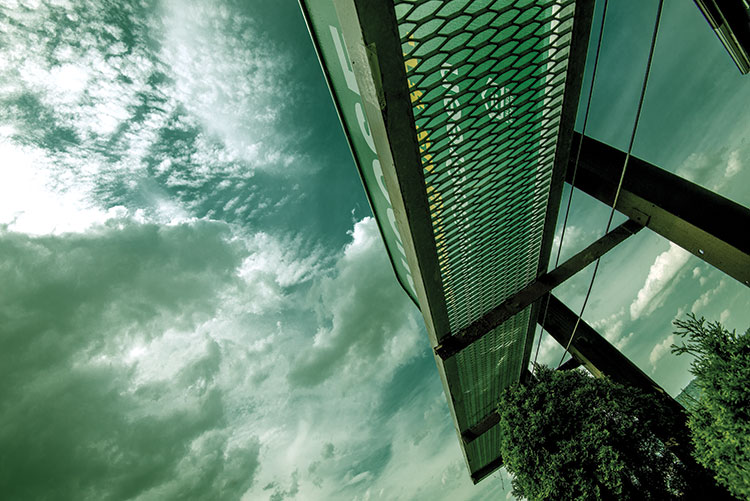 Mike Dawida wants you to know Scenic Pittsburgh is not just an anti-billboard group. “We’re pro-beauty, and beauty is good for business,” explains Dawida, the former Democratic Allegheny County Commissioner who has headed the local advocacy group since its 2010 formation.

One could be forgiven for assuming the group is all about billboards. One of Scenic Pittsburgh’s first triumphs was a 2011 lawsuit that helped force the dismantling of a large light-up sign on the Grant Street Transportation Center. The group also was active in persuading Monroeville in 2015 to reject 10 oversize electronic billboards along the Parkway East.

And Dawida has been a vocal critic of the enormous — and enormously controversial — billboard on Mount Washington. The current saga, re-ignited since 2016, involves owner Lamar Advertising draping a vinyl banner over the aging sign; the company claimed city officials were stalling its plans to renovate the sign with new lighting. That fight has been appealed to Commonwealth Court, where it awaits a ruling, and further appeals could follow — but legal battles over the billboard go back nearly a century.

Pittsburgh city officials first challenged the sign’s then-owner Henry Posner in 1921; a compromise clipped the height so giant letters hawking Clark’s Teaberry Gum did not obscure the view. During the city’s first Renaissance, as greenery began to sprout again on the pollution-scarred hillside, Mayor David L. Lawrence pleaded with Posner to abandon plans to replace the old giant wooden sign with a new, somewhat smaller steel and neon version. The mayor’s plea failed, but public backlash drove away clients. For the next seven years, the sign flashed only short public service messages and a giant digital clock.

Later advertisers — WTAE, Alcoa and Bayer — kept up the practice, alternating their corporate logo with the current time and 20-character proto-tweets such as “Explore flag history.” Now, like Mayor Bill Peduto, Dawida warns a new electronic sign could become a nuisance, beaming advertisements such as weekly supermarket specials from the city’s preeminent promontory. Dawida says the city should use eminent domain to seize the parcel if Lamar can’t be convinced to donate or sell it.

But Jonathan Kamin, the attorney that represents Lamar, says it is the city and Scenic Pittsburgh, not his client’s sign, that are perched on a slippery slope. “Some may prefer certain content being on that board, and I certainly understand that,” Kamin says. “But what is lost in the debate is that it has to start with … an individual’s or a corporation’s rights under the Constitution.”

As Dawida claims, billboards aren’t the only signs that arouse Scenic Pittsburgh’s ire. For instance, there are the so-called “high wall signs,” particularly those that began sprouting on the tops of city skyscrapers a decade ago. “People say to me, ‘Look at Times Square,’” says Dawida. “But they don’t have signs on top of the Empire State Building or the Chrysler Building … It’s almost like a masculinity contest: We got one so they got one.”

On the other end of the size spectrum are the six street-level posters on Heinz Hall; the Pittsburgh Symphony wants to replace them with electronic signs. In February, Scenic Pittsburgh filed suit to stop the symphony, saying the proposed new signs, approved by the city planning commission, constitute “noxious signage” disallowed under current regulations. That dispute is ongoing.

Meanwhile, Scenic Pittsburgh continues to advise municipalities how to craft zoning ordinances to keep signs and billboards at bay. And now the group is turning its sights on a new scourge: power lines. To make the case for burying cables underground to reduce visual blight and power outages, it is relying on a study by Scenic America, a Washington, D.C.-based nonprofit with 50 state and local affiliates — rather, 49, since Scenic Pittsburgh stepped up from affiliate status this year to become the national organization’s first official chapter.

Pittsburgh has been a “model affiliate,” says Mark Falzone, president of Scenic America. “We are going to be able to better hear their needs, and provide research materials and backup for local issues that they’re facing,” he says. “That’s something we are really excited about. We want to be in a position where we’re not just advocating in Washington, D.C.”  .”

This article appears in the June 2019 issue of Pittsburgh Magazine.
Categories: Community Feature