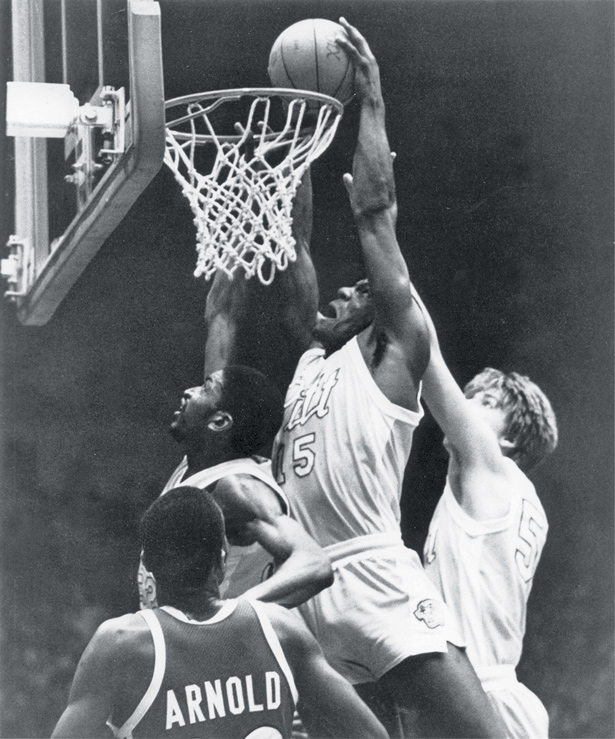 Photo courtesy of the University of Pittsburgh

Back in the late-1970s, former University of Pittsburgh football coach Jackie Sherrill watched longingly as Sam Clancy ran up and down the court as the star of the Panthers’ basketball team. Sherrill imagined putting a set of shoulder pads onto Clancy’s marvelously sculpted 6-foot-6 and 250-pound frame and pointing him toward the opposing quarterback.    Sherrill once told Clancy, “If you give me two years, I swear I’ll make you an All-American.” Despite flirtation that included Clancy’s
participating in spring football drills at the end of his junior year, he remained true to his first love—basketball—and never played for Sherrill.

Although he was a dominant power forward in the collegiate ranks, professional basketball quickly cast Clancy aside. The Phoenix Suns drafted him in the third round following his senior year at Pitt, but he failed to make the team, and his dream of playing in the NBA ended. On a recommendation from Sherrill, though, the NFL’s Seattle Seahawks drafted Clancy in the 11th round in 1982, even though he hadn’t played football since high school. He wound up spending 13 years in professional football and enjoyed success as a defensive end.

Ironically, the 50-year-old Clancy currently serves as a strength and conditioning assistant for the Panthers’ football team. Last year, he completed work on his degree in social sciences after being away from the Pitt campus for more
than 25 years. Clancy lives near Jeannette with his wife, Terri.

Full Name: Samuel Clancy Sr. Date of Birth: May 29, 1958
Position: Forward Years at University of Pittsburgh: 1977-1981
Career Highlights: Led Fifth Avenue High School to a state championship in basketball in 1976; remains the only player in Pitt basketball history to collect at least 1,000 points and 1,000 rebounds; played for the United States squad that won the gold medal at the Pan Am Games in 1979; named to Pitt’s first All-Centennial Team in 2006; played defensive end for the NFL’s Seattle Seahawks, Cleveland Browns and Indianapolis Colts, and the USFL’s Pittsburgh Maulers and Memphis Showboats.

This article appears in the June 2008 issue of Pittsburgh Magazine.