Throughout the day, access unlimited samples of Rivertowne’s beers, plus tastes of offerings from a rotating selection of notable local breweries. 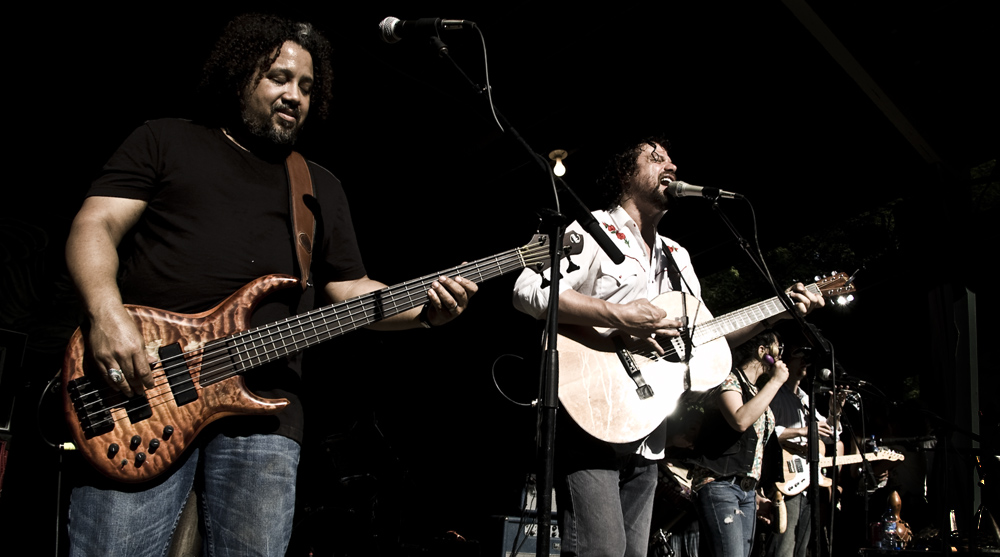 IT’S A BEER FESTIVAL WITH RUSTED ROOT — OR IS IT A RUSTED ROOT SHOW WITH A BEER FESTIVAL?
Look, we don’t want to criticize anybody here, but we can’t help but note that the live entertainment at beer festivals varies widely in quality. Sometimes you get a great array of talented local acts rocking out or notable songwriters performing intimate acoustic sets. Other times, you get a polka band that couldn’t headline at an Elks Lodge in Fayette County or a cover band that will make you hate all of your favorite songs. Well, good news: For the inaugural "Rhythm and Brews" festival, Rivertowne Brewing wasn’t taking any chances.

Local legends Rusted Root will headline Saturday's event, taking the Tall Trees Amphitheater stage at 7 p.m.; supporting acts The Jenkins Brothers, Nacho Blues and Fungus Pittsburgh will kick things off earlier in the afternoon. Throughout your day, your price of admission entitles you to unlimited samples of Rivertowne’s beers, plus tastes of offerings from a rotating selection of notable local breweries. Looking for a full glass? You get two full pints from Rivertowne, which will be offering both its summer selections and early tastes of the fall lineup.

MOUNT WASHINGTON IS CHANGING, BUT YOU STILL CAN GET A GOOD DRINK UP THERE
Though a number of changes and closures have weakened Grandview Avenue’s once-strong status as a fine dining destination, the Mount Washington business district beyond the stellar views continues to grow. The Shiloh Grill has established itself as a go-to spot, and stalwart Redbeard's continues to attract boisterous crowds. The latest addition to the mountaintop scene: The Summit Pittsburgh, a destination for cocktails and small bites, may be the neighborhood’s most buzzed-over bar. PM Editorial Intern Brady Langmann gives The Summit a Bar Exam in this week’s edition of After Dark!

BRING YOUR OLDEST STUFF TO THE HISTORY CENTER THIS SUNDAY
Did your mom or dad collect baseball cards as a youth? You should should check for a 1955 Roberto Clemente Topps rookie card in the attic — it could be worth $30,000 or more. Maybe you had a grandparent who started a coin collection? If he or she left you a tin of Walking Liberty half-dollars, you could be looking at thousands. Whatever you have, bring it Sunday to Pittsburgh's Hidden Treasures at the Sen. John Heinz History Center. Expert appraisers will tell you what you have and what it’s worth, and a team from KDKA-TV will be roaming to film an upcoming half-hour special — meaning that your old tchotchkes might make a mint for you and get you on TV, too.

IN THEATERS: You know how you’ll rummage through your cabinets to use up the last of whatever you have the day before you go grocery shopping? That’s what movie studios are doing right now, as half-cooked movies are tagged onto the dog days of summer before awards season ramps up. This weekend’s offerings include the dubstep drama “We Are Your Friends,” starring Zac Efron; the family-in-peril thriller “No Escape,” starring Owen Wilson and Lake Bell; and — a bright spot — the coming-of-age indie “Diary of a Teenage Girl.”

This Sunday is the inaugural First Responders Day at Kennywood Park; local police and fire department members, 911 dispatchers, military members and emergency personnel are eligible for discounted tickets, and safety demonstrations will take place throughout the day.