The 83-seat theater in Lawrenceville combines the quaint amenities of a beloved venue plus the opportunity to enjoy a beer. 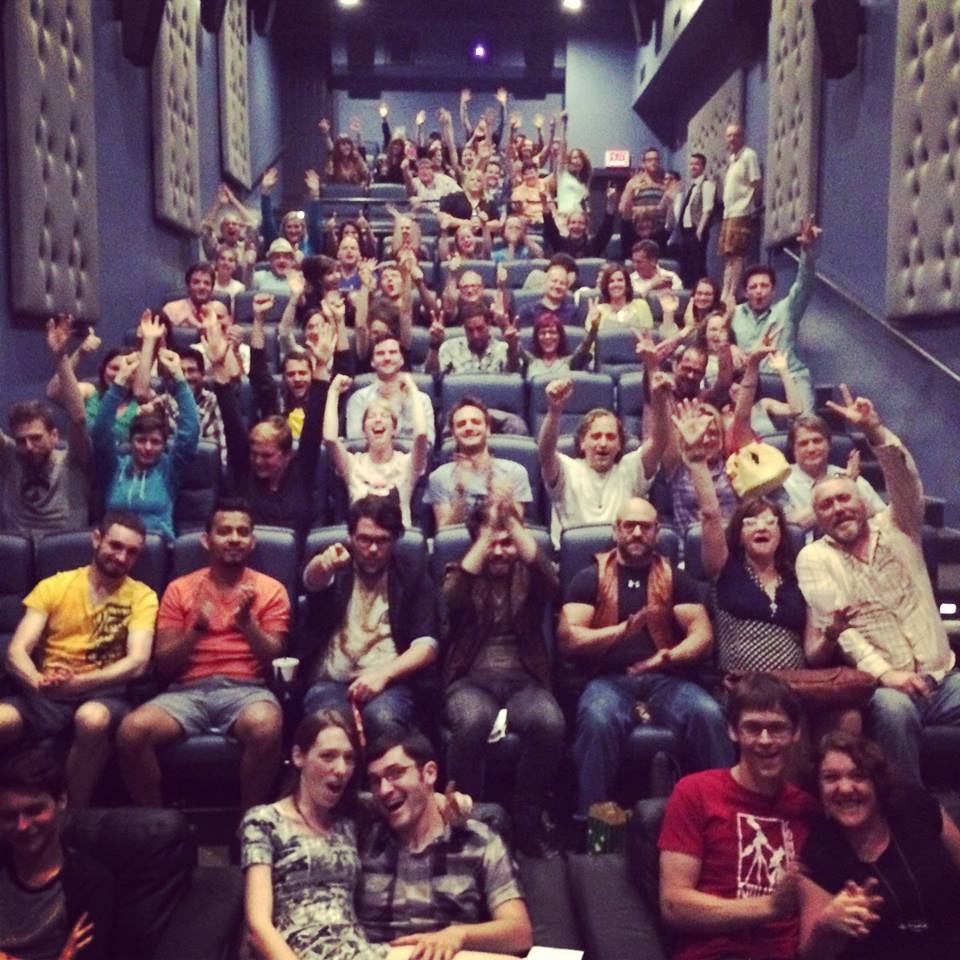 In an iconic scene from “Pulp Fiction,” Vincent Vega explains cultural differences between America and Europe to Jules Winnfield.

“You can walk into a movie theater in Amsterdam and buy a beer,” Vega says. “And I don’t mean just like in a paper cup. I’m talking about a glass of beer.”

Actually you don’t have to go to Amsterdam. You can go to Lawrenceville — though the cups are plastic.

Draft beer is an amenity at Row House Cinema, the neighborhood’s new single-screen repertory theater. Row House, which on June 21 held a grand opening celebration (with a showing of “Pulp Fiction,” appropriately enough), screens a rotating lineup of classic and cult flicks daily.

The cinema was a vision of Brian Mendelssohn, Row House’s principal owner, who bought the building in mid-2012; an IndieGogo campaign last September raised $17,000 toward its opening. There are two parts to the business — the cinema and Atlas Bottle Works, a bottle shop under the same roof. The cinema offers six draft beers, but guests also can piece together mix-and-match six-packs at Atlas and bring them into the theater.

Theater General Manager Geoff Sanderson says the income from the bottle shop, run by Theo Ackerson, allows Row House some freedom to experiment with its offerings — and reduces nervousness about attendance.

“There are certain times of year when movies do better,” says Sanderson. “That’s why it’s great to have the beer store to offset that a little bit.”

The theater is a cozy, 83-seat screening room with crystal-clear picture and sound. Tickets are $9 for evening shows and $6 for showings before 6 p.m. and all day Thursdays. Students and Lawrenceville residents always receive a $1 discount.

While Row House also will show new, independent movies, it plans to remain dedicated to classics. Sanderson says the crew will program films around weeklong themes, ranging from individual directors to thematic similarities or timely hooks.

This month, top IndieGogo donors will be selecting some of the features. -SC

Voluntary discomfort is the ultimate luxury. Decades ago, when life got tough, people dreamed about weekend getaways at ornate hotels. Today, people pay good money for hardship — marathons gave way to triathlons, which gave way to obstacle courses including Mud on the Mountain at Seven Springs Mountain Resort. Events in this popular athletic genre typically make life miserable for competitors in a standard fashion: There are hills to scale, tunnels to crawl through and bodies of deep water to cross. The fun part? Everything is coated in gallons of slick mud.

Seven Springs holds the Aug. 16 installment at night, aptly titling it Mud on the Mountain in the Dark. Competitors avoid running into tree trunks by wearing headlamps as they swing on monkey bars, climb over boulders and dash through fields; call it “miner chic.” All that work calls for a spa trip and fancy dinner. -EL