'Rooney: A Sporting Life' is just barely big enough to contain The Chief's larger-than-life personality and gives fans of the sport, the Steelers, the Rooney family and the Pittsburgh region plenty to chew on. 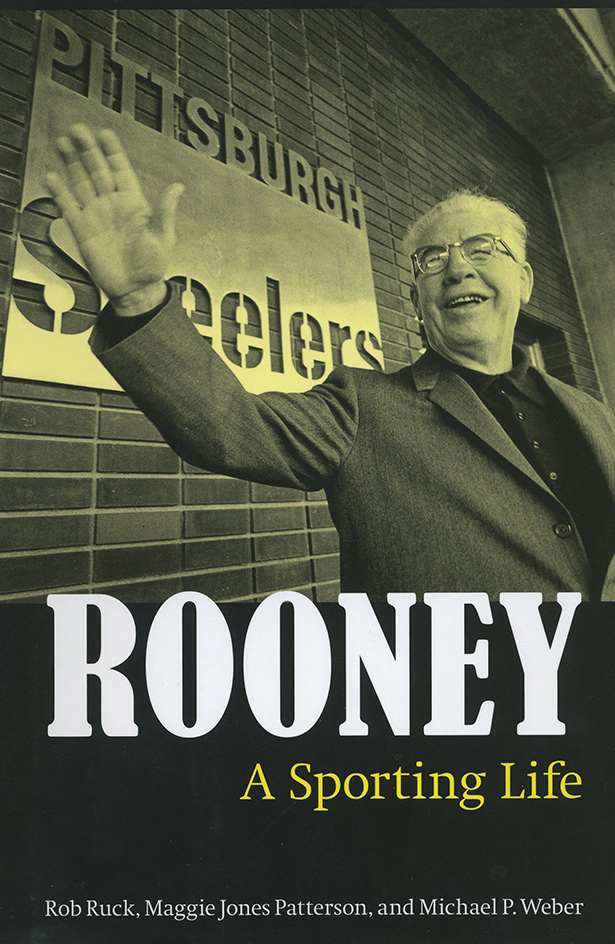 With the Steelers’ season shortened last year (read: no playoffs), Pittsburgh’s football faithful are, no doubt, frothing at the mouth in anticipation of that first kickoff. But for those of us who aren’t easily satiated by the preseason action, Rooney: A Sporting Life may be just the thing to pacify our hunger pains.

Coming in at slightly more than 500 pages, Rooney is just barely big enough to contain The Chief’s larger-than-life personality and gives fans of the sport, the Steelers, the Rooney family and the Pittsburgh region plenty to chew on.

This project, which has been 10 years in the writing, is the collaborative efforts of Rob Ruck, a University of Pittsburgh history lecturer; Maggie Jones Patterson, a Duquesne University journalism associate professor; and the late Michael P. Weber, who taught history at Carnegie Mellon University before the completion of the book.

Rooney does an excellent job dispelling many of the myths surrounding The Chief’s life and provides readers with a comprehensive and accurate biography of one of Pittsburgh’s favorite sons. Stripping away the iconic image of The Chief-the chewed cigar, the thick-rimmed glasses, the shock of white hair-Rooney strives to show the man as he really was: loyal (sometimes to a fault), gregarious yet modest and giving.

Without a doubt, Art Rooney is a local hero, but "Rooney is more than a Pittsburgh story. It is the saga of American sport and its century long journey from the sandlots to corporate boardrooms… [It] reminds us of a different era when a saloonkeeper’s son could ditch his image as sport’s all-time loser and become … the nice guy who finished on top."

It took him half of a decade (from 1933-1974), but Rooney succeeded in changing the sports culture in this town. As the authors so eloquently put it, "He believed that a man revealed his nature by what he did, not what he said. Like Pittsburgh, Rooney came out of a heritage of coal and iron. Now the city, like Art, increasingly sees sport as the grand metaphor for its character."

This article appears in the August 2010 issue of Pittsburgh Magazine.
Categories: Arts & Entertainment, Things To Do