Room2Grow Reveals Your Baby's Gender — With a Nursery

After designing a room around their child’s gender reveal, Chris and Stacy Galiyas are hoping to land a reality show where they do the same for other expectant parents. 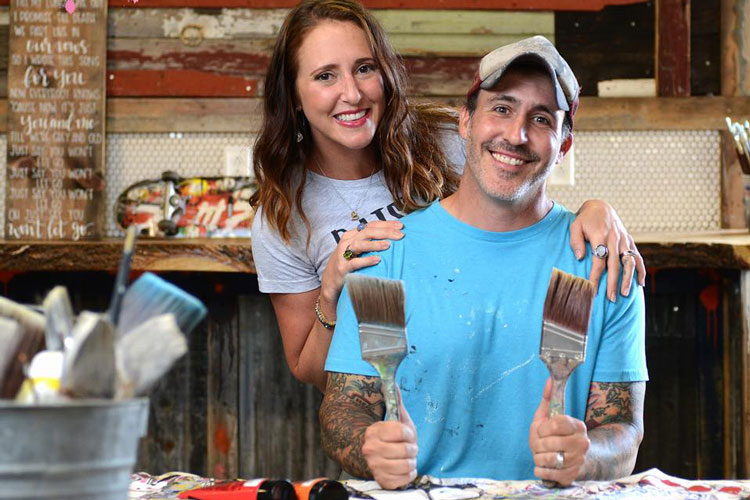 After five years of struggling to conceive, Chris and Stacy Galiyas took their baby’s gender reveal to a whole other level.

Following an ultrasound, the couple brought a sealed envelope containing the baby’s sex to Home Depot. They told the worker at the paint desk they had two colors in mind for a nursery, one for a girl and one for a boy. After checking the envelope, the employee put the corresponding color in a paint can and sealed it without telling them what it was.

When they got to their home in Brentwood and cracked open the can they discovered a mossy green shade — their color for a boy. 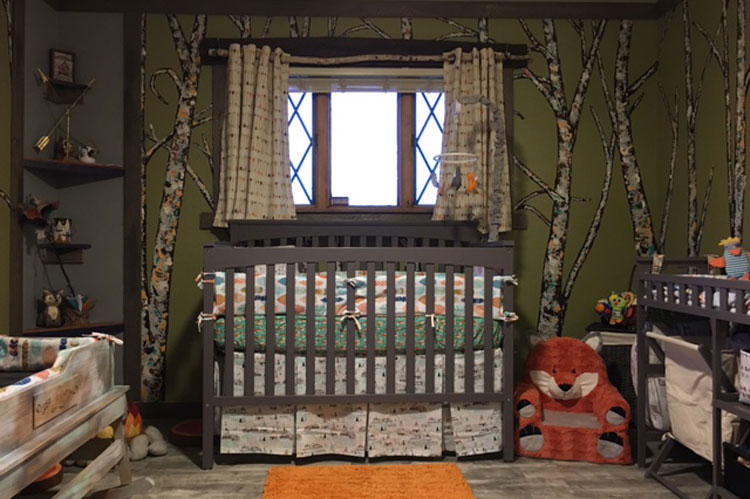 The couple designed an entire nursery around that color and their baby boy’s name, Arrow — now a toddler — and posted the finished photos on social media. After an avalanche of positive feedback from friends and family, they decided to create gender nursery reveals for other families.

“Why don’t we help these people that struggled like we did?” Chris says. “They give us two themes — one for a girl and one for a boy.  My wife and I put our heads together to create a dream-like room for this new life.”

After finding expectant parents willing to give their plan a try, Chris and Stacy set to work. Last spring, their reality show, Room2Grow — featuring the pilot episode of the nursery gender reveal — premiered online. 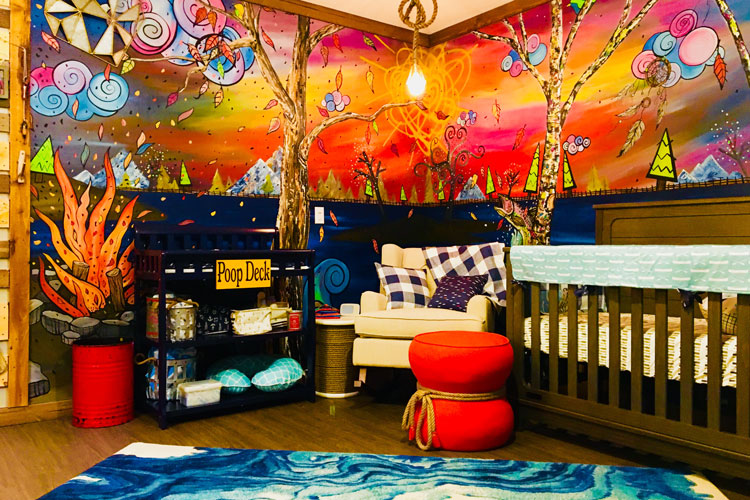 The couple says they have plans to pitch the show. The show pilot is available at room2growtv.com.

Prior to their first nursery project, Chris, an art teacher in the West Mifflin Area School District, had mostly done murals, which is his main contribution to the projects, while Stacy — a physical education teacher in the same district — handles more of the room’s design element.

“Chris is a lot more impulsive, and I like to take my time and really make sure that I am making the right decision, finding the best price for things, and going in the direction that I want,” says Stacy. “He can visualize everything so much better than I can, so it is easy for him to throw out one million different ideas … whereas I need to look ideas and trends up and find inspiration in the outdoors and what I see around me to zero in on which of the many fabulous things I know that we can do.”

Focusing on creating a space that can grow with the child — rather than one that will need updated in a few years — the couple says they create rooms that, with minimal changes, could last a child until they are around 10 years old.

They add their biggest challenge while designing a nursery is keeping it a secret from the baby’s parents.

“The thing is, you always have to close the door, peek your head out and make sure no one’s around, have garbage bags on the window — even the paint cans you have to rip the labels off,” says Chris. “There is so much involved in keeping it a secret. Even if you’re cleaning out your paint brush in the laundry tub, you have to make sure you don’t leave any paint behind because people will look.” 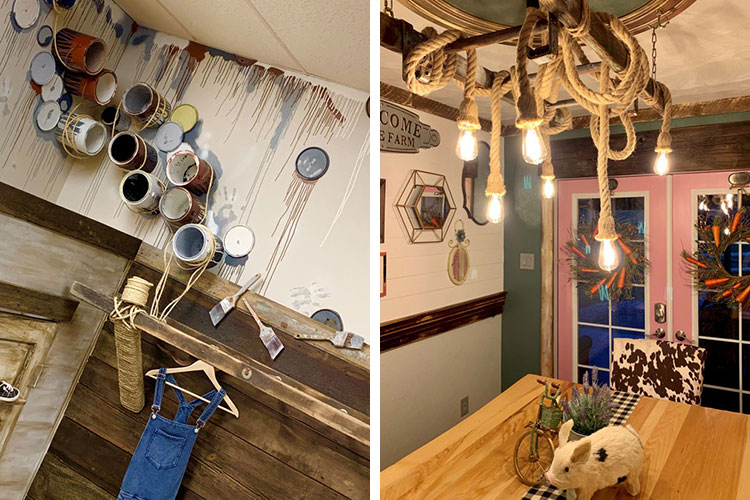 The couple also continues to come up with innovative designs for their own home. For example, Chris created a workshop for himself using reclaimed barnwood and empty paint cans. More recently, the couple designed a chandelier for their dining room — currently decorated for Easter — out of a wooden ladder, some rope and Edison light bulbs.

This article appears in the April 2019 issue of Nest.
Categories: Nest