Rockin’ in the Free World

At the Allegheny County Summer Concert Series, you can see world-class bands perform under a starry sky for a grand total of $0. 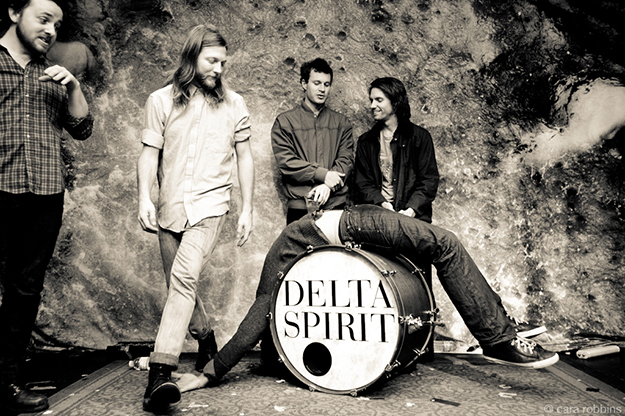 I’m a little late to the game on this year’s Allegheny County Summer Concert Series. If I had reported the lineup to you on time, you could’ve caught Joan Osborne, the Pittsburgh Opera, Meshell N’Degeocello and The Nighthawks, among others. So sorry about that. Fortunately, there’s still a killer lineup of acts left on the schedule.

The series, split once again between Hartwood Acres and the South Park Amphitheater, has always been a great chance to see some world-class acts for free under a starry sky, but they’ve topped themselves this year. You can judge the quality of a public series like this by counting the number of acts you’d readily pay actual cash money to see, and there’s quite a few events that would be worthy of your concert-going dollar coming up; fortunately, you get to check ‘em out for nothing.

Here’s the weekend-by-weekend breakdown. South Park concerts are Fridays, at 7:30 unless noted; Hartwood Acres wraps up your weekend with shows Sunday nights, same time. You can head to the County website for full info on every show, including all of your directions, parking and generally informative needs.

This Weekend: Fresh off of a Bonnaroo performance (that you can watch in full online,) Delta Spirit brings a blend of folk, rock and indie-pop to the South Park stage. At Hartwood, Best of the ‘Burgh honorees Cello Fury are prepared to dramatically alter your opinion on their instrument of choice — with a little help from B.E. Taylor.

Next Weekend: The Pittsburgh Symphony Orchestra takes over the proceedings for the weekend. Get your classical fix at South Park on Saturday (not Friday) and at Hartwood on Sunday; both shows start at 8 p.m.

Weekend of July 13: At South Park, the Smithsonian Jazz Masterworks Ensemble pays tribute to the great Ella Fitzgerald. Meanwhile, you can mellow out with introspective singer-songwriter James Vincent McMorrow at Hartwood. Bring a blanket and somebody to cuddle with. (Dogs will do, in a pinch.)

Weekend of July 20: South Park has Joe Grushecky and the Houserockers, which always provide a great show; at Hartwood, though, the increasingly-legendary Pittsburgh Blues Festival is back for an 18th consecutive year. Friday night is free if you bring a bag of non-perishable food for the Greater Pittsburgh Community Food Bank; Saturday and Sunday are $25 in advance or $30 at the door, or $45 for a two-day pass. For that, you get headliners Mavis Staples, Canned Heat, and a whole lot more. If you’re a blues fan, you know what an awesome weekend this is; if you’re not, it’s time to get converted.

Weekend of July 27: Two under-appreciated artists from the 90’s are here to make you feel sorry you missed them back in the day. To be fair, though, the 90’s act label might be unfair in the case of Lucinda Williams; while she saw her greatest mainstream success with 1998’s Car Wheels on a Gravel Road, she’s been writing perfect songs non-stop since the late 70’s, and was called “America’s best songwriter” by TIME magazine in 2002. She’ll be at South Park on Friday; Sunday, Toad the Wet Sprocket makes a rare appearance on the Hartwood Acres stage. Did you cruise around in a beat-up Buick listening to “All I Want” in 1992? Yes. Yes you did.

Weekend of August 10: If there’s one weekend of the summer guaranteed to make you dance, this is it. Friday night, Trombone Shorty will bring his blend of New Orleans jazz infused with hip-hop and soul to the South Park stage (along with his killer backing band, Orleans Avenue). And on Sunday, Sharon Jones and the Dap Kings will make their return to Pittsburgh after a universally acclaimed 2011 performance at the Carnegie Music Hall of Homestead. Go to both shows and you’ll be grooving ‘til November.

Weekend of August 17: WYEP favorite Mike Doughty led critical darlings Soul Coughing in the 90’s, and has built a second career as an infectious singer-songwriter in the years since. He’ll play South Park on Friday. At Hartwood, it’s the yearly Hometown Music Fest, featuring d and more; this show starts at 5 p.m.

After That: As if that wasn’t enough, there’s more coming in the closing days of the summer. Hartwood will host the 13th annual Allegheny County Music Festival on August 26 at 5 p.m.; your $20 donation goes to a bunch of great causes for children in need. They’ll also welcome oldies outfit The Hitmen, boasting original members of the Shondells and the Four Seasons, on August 31. And South Park will host a Pittsburgh cultural gem, the Duquesne Tamburitzans, on August 24.