Rochester Inn Proves Why You Should Always Visit the Neighborhood Bar

The North Hills hangout wins as a place for good beer, inexpensive meals and regular entertainment. 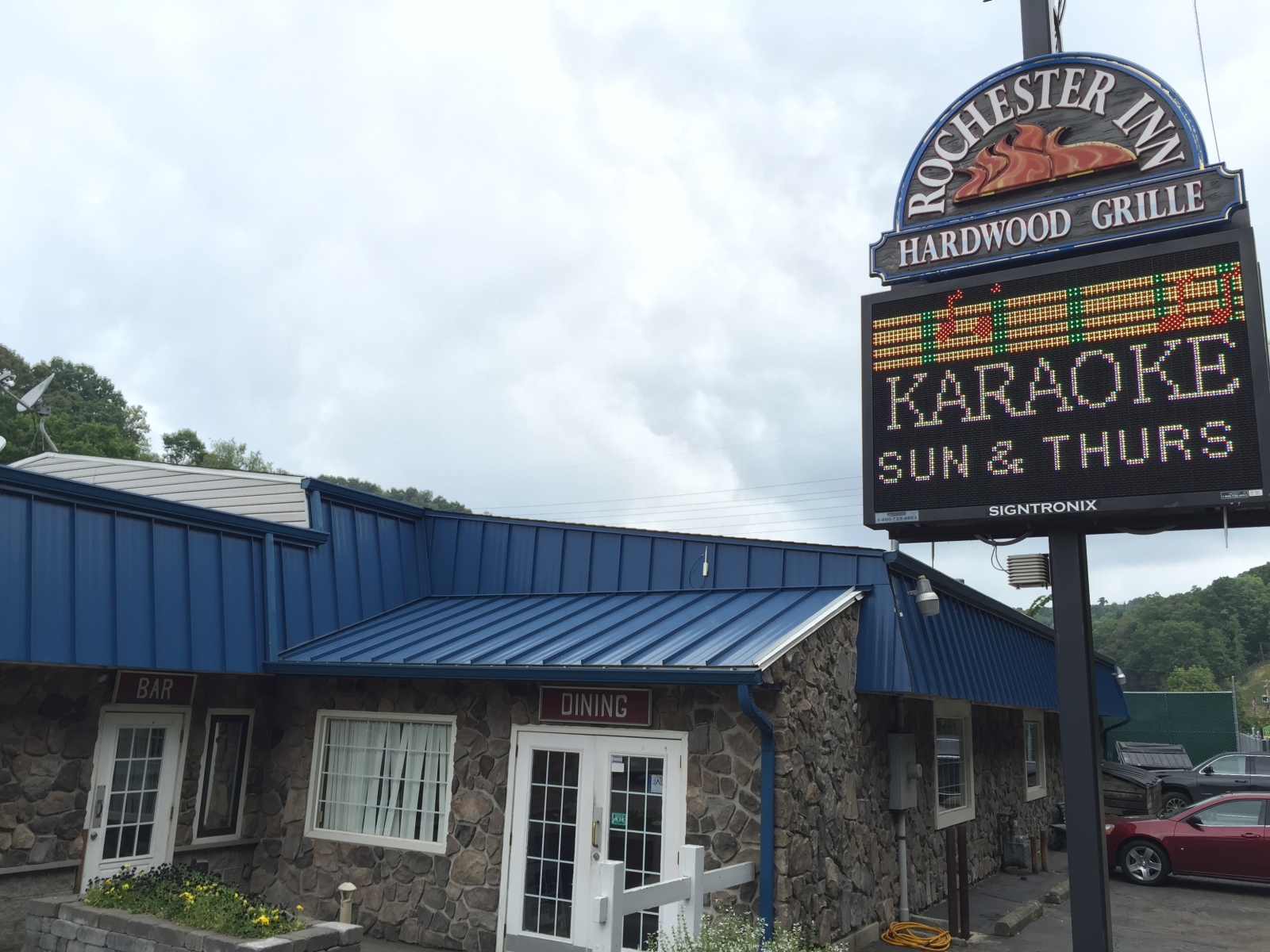 Our web editor, Rich Cook, regularly keeps me informed on worthwhile bars in the North Hills area. He’s the one who pointed me to Rum Runners Saloon, a personal favorite, as well as new-name-in-an-old-place watering hole Hog's Head Bar & Grille.

While it fell to Rich to inform me of the ascendance of those two pubs — Rum Runners is relatively new, and Hog’s Head is a recent rebranding — when he recommended the Rochester Inn & Hardwood Grille, the name immediately rang a bell. I grew up in the North Hills, and Rochester Inn is only a few miles from my childhood home. I must’ve driven past it hundreds of times. And yet, I realized, I had never set foot inside; I could probably find it without looking at an address, but I had no idea what kind of a bar it was.

I think there’s a number of places like that in all of our neighborhoods. Places that we pass on a daily basis but, for whatever reason, have never had occasion to visit.

Having finally made the journey, I want to strongly encourage readers to investigate those overlooked local spots. Because I should’ve visited the Rochester Inn a long time ago.

On sight, the pub and restaurant isn’t much different from a thousand western Pennsylvania bars. A comfortable dining room sits to one side, a large bar to the other; there are historic photos on the walls and sports on televisions overlooking the bar.

Unlike many of its out-of-the-way brethren, however, the draft list at the Rochester Inn is something to be reckoned with. Among its 40 draft selections — which are frequently discounted during extended happy hours, such as a $3 offer on all craft beers from 7-10 p.m. Wednesdays — are hoppy favorites from the likes of Ballast Point, Dogfish Head and Southern Tier, imports such as Duvel and Magner’s Cider and accessible big-craft choices including beers from 21st Amendment, Leinenkugel’s and Clown Shoes. Other than an incidental lack of pilsners, there’s something at the Rochester Inn for beer lovers of any stripe.

The food hits the expected notes for a proper area bar: filling and inexpensive. Overly filling, perhaps; know that if you opt for, say, a burger with fries and slaw, you’ll get nearly enough food for two (all for less than $10 on most of the burger selections). And while many such establishments can be a bit touch-and-go on the quality of their chicken, the half-dozen General Tso’s wings I sampled were big, juicy and tender. This is probably a place where ordering a slew of apps for the table is the way to go; if you’re looking for an entree, know that no extras need be added to quell your hunger.

The Rochester Inn also provides much more in the way of entertainment than many neighborhood bars, offering live music every Wednesday, Friday and Saturday and karaoke every Thursday and Sunday. Wednesday nights are particularly enticing, as ribs are added to the menu and paired with acoustic performances; it’s hard to envision a better low-key, mid-week refresher.

If there’s a place such as the Rochester Inn around the corner from you, make it a point to visit and uncover its charms. At worst, you’ll find a traditional Pittsburgh dive (itself a necessary presence). At best, you’ll find a place like this — inviting, comfortable and working overtime to keep you happy.