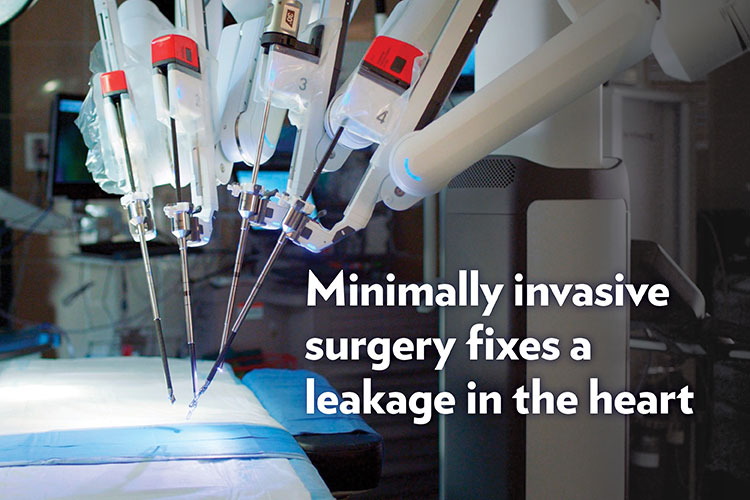 From bad to worse

Robert’s symptoms were significant when his cardiologist first diagnosed him with mitral valve prolapse. This condition occurs when two flaps of tissue on the heart’s mitral valve (called leaflets) bulge into its left upper chamber when it beats. But mitral valve prolapse isn't life-threatening on its own and typically doesn't require treatment or lifestyle changes.

To see what treatments – if any – could help Robert, his cardiologist referred him to Dr. McGregor, director of robotic and minimally invasive heart surgery at AHN. But as Dr. McGregor evaluated him, he discovered a more serious problem.

Small leakages may not cause complications. But larger leakages – more severe mitral valve regurgitation – can cause shortness of breath, fatigue, and lightheadedness. They can also be life-threatening.

The severity of Robert’s leakage made him a good candidate for robotic and minimally invasive heart surgery – and AHN is the only program in western Pennsylvania that could do it.

Robotic surgery to the rescue

“We have the data, have done the analysis, and know that this is better for patients,” Dr. McGregor said. “It’s with great pride that we’ve been able to develop this for the benefit of people.”

Getting patients back to their lives

“The ultimate goal for mitral valve repair surgery patients is to get them back to their lifestyle promptly,” Dr. McGregor said. “Most patients are back within six weeks and with more energy.”