RMU's shutout of No. 10 Michigan could be a watershed moment for the Colonials' mens' hockey program. 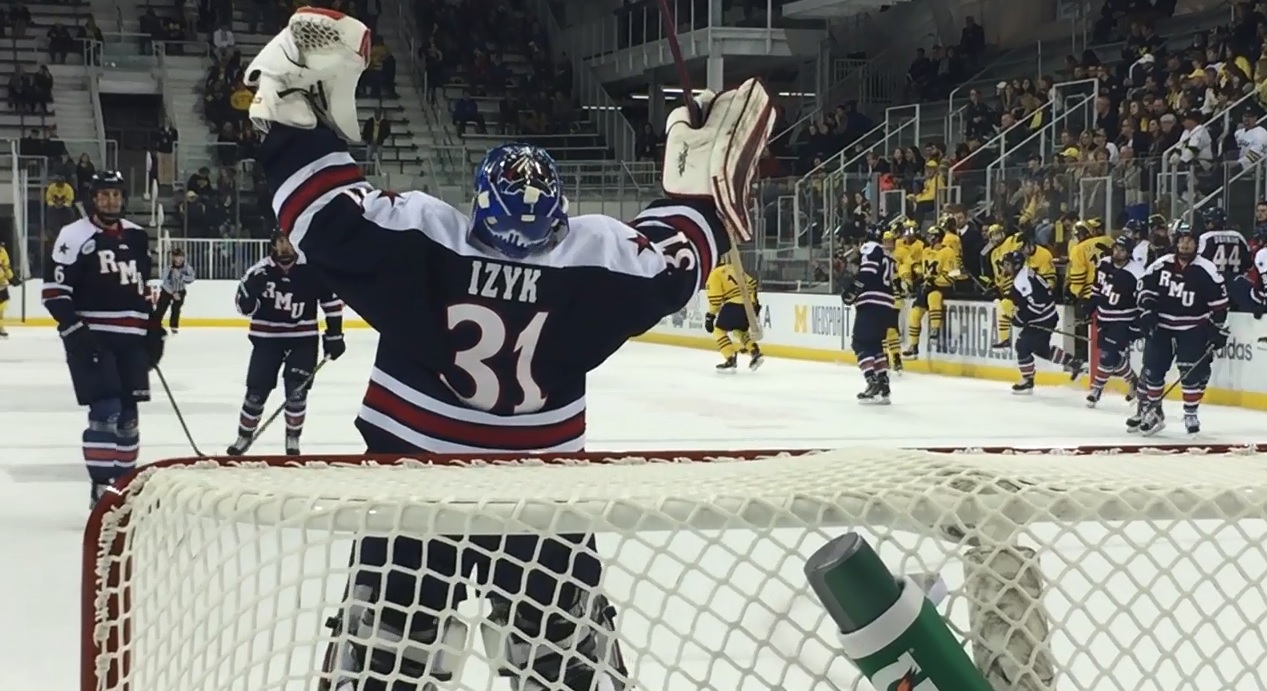 They’d beaten Top 10 teams previously, five times between the 2006-07 season and the start of this season.

But this time was different, and as a result so is the hockey program at Robert Morris University.

And that’s not bad for a program that’s in its 12th season at the NCAA Division I level.

But in all of those games the Colonials had been overmatched and outplayed. They’d been outshot by at least 16 in each and every one of them but they’d somehow found a way. 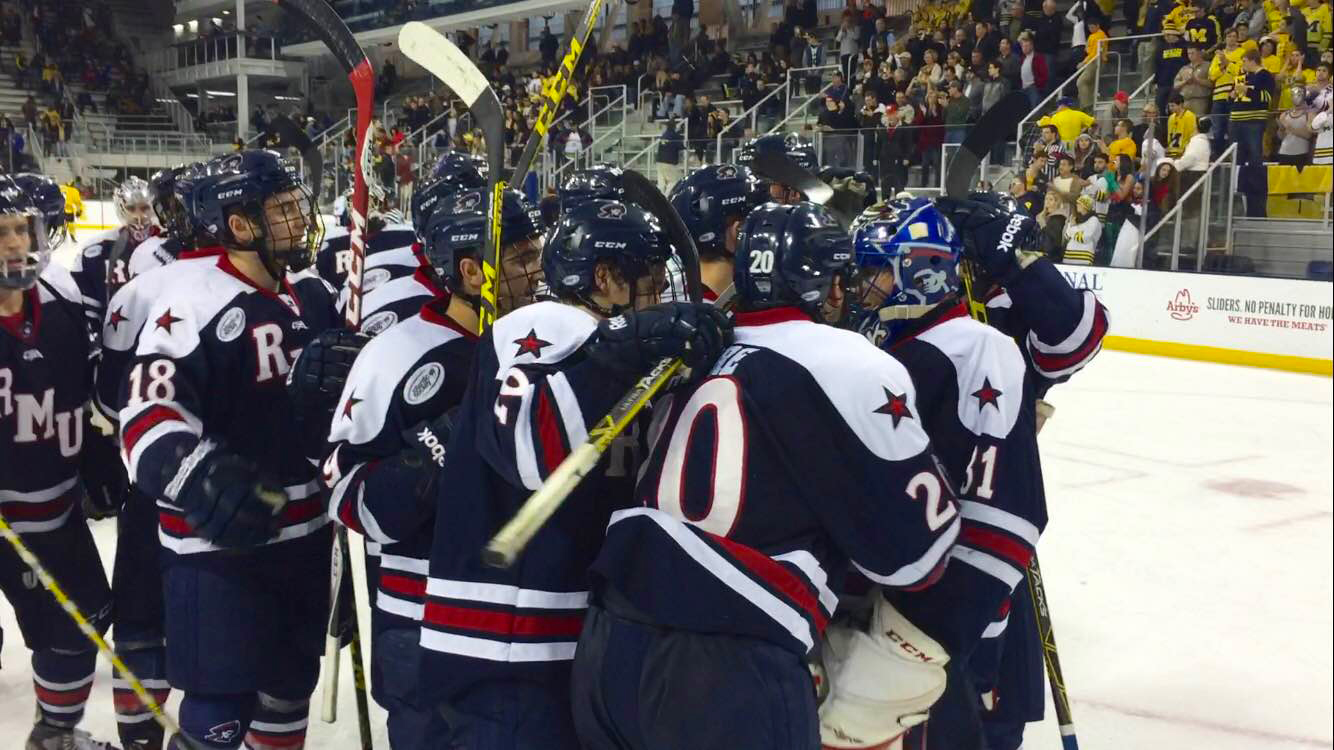 “Of the six [top 10 victories] this one is the most complete, the one you don’t feel like you stole.”

Robert Morris outshot Michigan, 35-34, including 18-9 in a second period that saw the Colonials up their lead from 3-0 to 4-0 — not that such a padding of the advantage would be necessary.

“I don’t think the outcome of the game was in doubt after we scored the third goal,” Schooley said.

And this against a team with 12 NHL draft choices on its roster (Robert Morris has none) in one of college hockey’s storied facilities, Yost Arena.

“It was good to be able to hear a pin drop in the third period,” Schooley said. “You hear so much about the venue. You shut people up with how you play.”

Especially when making a statement.

The compelling question now involves whether the Colonials were merely clearing their throats or announcing their presence with authority. 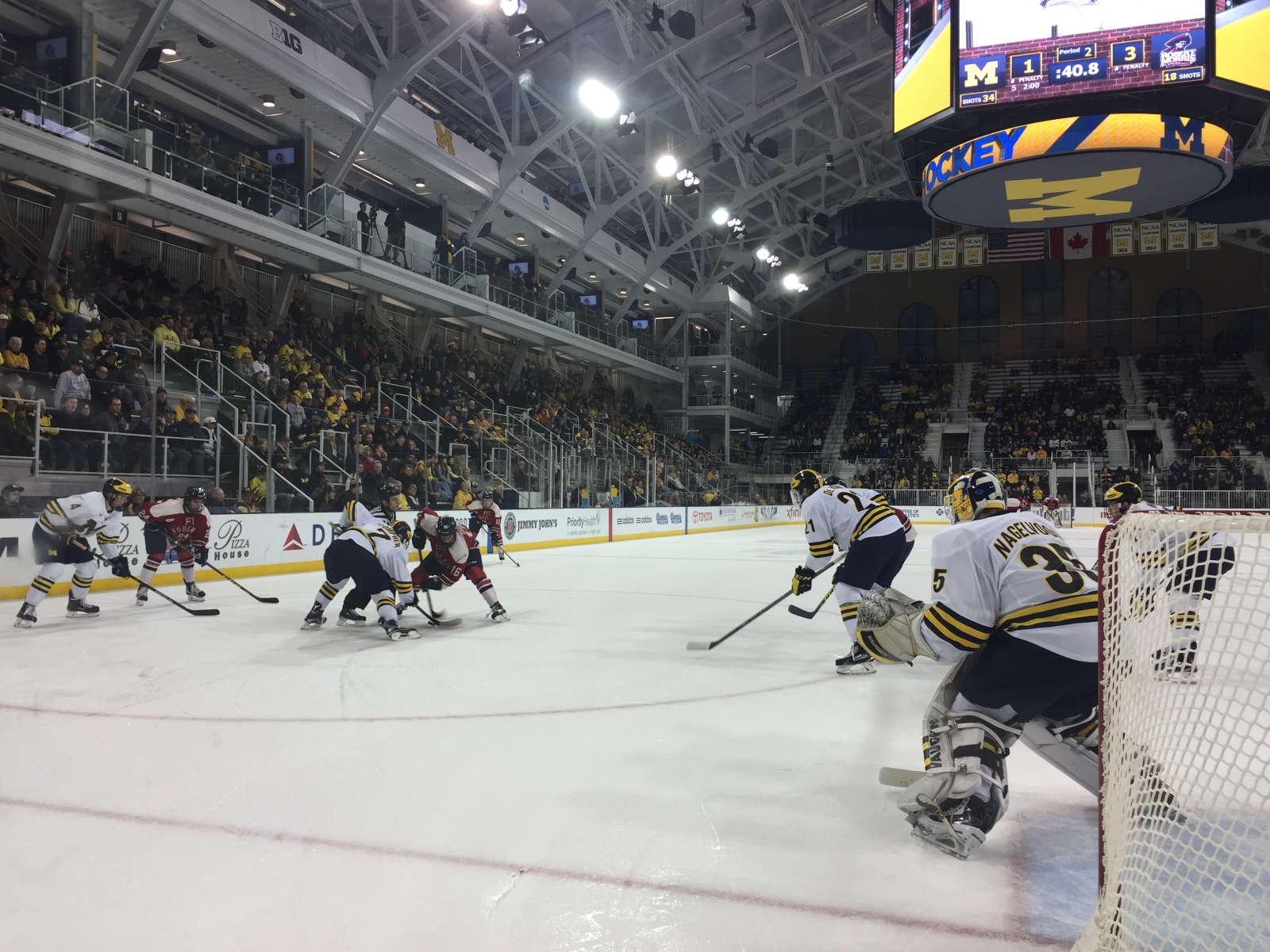 They’ve been The Little Engine That Could now for a couple of seasons, and they have an NCAA Tournament appearance in 2013-14 and an Atlantic Hockey Conference regular-season championship last season to show for it.

The banners on the wall at the Island Sports Center are proof of the program’s legitimacy.

But is Robert Morris ready now to consistently slug it out with college hockey’s big boys?

Will RMU 4, No. 10 Michigan 0 merely be a highlight or the start of something even bigger, even better, even more unprecedented?

“Now that we’ve played at that high a level in that type of game you expect that to be the standard that you set,” Schooley said. “Why do it just once if it can be done?”

There’s a great deal of hockey yet to be played.

But if the Colonials can live up to their newfound level of execution and expectation, Robert Morris hockey will never be the same.