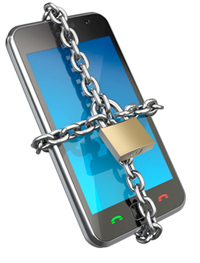 RMU professor asks students to take a break from social media
Imagine a world without smartphones, tablets or laptops. For that matter, imagine a world without sites like Facebook and Twitter. Most of us would probably react with a mild form of withdrawal mixed with a bit of culture shock, but we only have to imagine. For a group of students at Robert Morris University, however, such a world will soon become a reality.

Yvonne Bland, a communications lecturer at RMU, is challenging students in her Survey of Mass Communication class to forgo modern social communication for two days, beginning March 27. But this project won't be limited to just Facebook and Twitter: Texting and phone calls with a social component also fall within the project's scope. Bland will also be participating — which isn't going to be easy for the self-described "technology junkie."

Students will record their experiences the old-fashioned way, with a pencil and paper. Bland says she hopes the project will bring awareness to society's dependency on technology.

Now, one of the most recognized figures in Pittsburgh sports is looking to acknowledge athletes who are just starting their athletic careers through an initiative called Positive Athlete.

Positive Athlete, the brainchild of former Steelers receiver Hines Ward, is a movement and brand aimed at recognizing athletes not only for their on-field accomplishment, but also for their off-field attitude and team contributions.

The organization has named 26 local high school athletes as “Positive Athletes of the Year.” Students will be formally honored April 21 in a ceremony at the Western Pennsylvania Sports Museum.

If you know a student-athlete who is deserving of recognition, you can nominate them here. The deadline for nominations is March 30.

WVU student is smarter than your average bear
If you were to hear the term "wildlife problem" used in this area of the country, the most you might think of is the family of stinkbugs who have taken up refuge in some unknown corner of your house. While stinkbugs are viewed as a major nuisance by many, they pale in comparison to the area's next potential wildlife problem: black bears.

However, West Virginia University grad student Andrew Tri is hoping to learn why black bears have been showing up more and more in urban and suburban areas (and you thought your neighbor's dog was annoying).

Tri and John Edwards, professor of wildlife and fisheries resources at WVU, are working with wildlife agencies in West Virginia, Pennsylvania and New Jersey, which has the highest density of black bears in the country.

The research will examine ways of stemming the upward trend of bear activity in populated areas though tactics such as controlling food availability and studying location data gathered from GPS collars.

This article appears in the March 2012 issue of Great Minds.
Categories: Great Minds