‘Ring’-ing in the Holiday Season with Festive Proposals

Twinkling lights wrapped around tree trunks and draped across windows weren’t the only things glittering during the holidays for these couples. 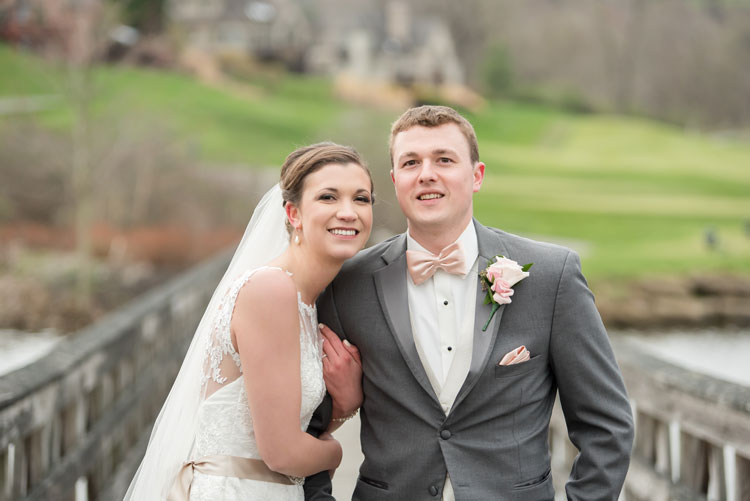 When there is a winter chill in the air, it feels like something magical is always about to happen. Maybe it will be a quiet snowfall or an unexpected light show.

Mallory Pavilonis hoped it would be a Christmas Eve proposal. Mallory and then-boyfriend Jonathan Knoll were living in Louisiana but traveled to Pittsburgh to be with family for the holiday. At the time, they had been together for two and a half years and were moving around the country for Jonathan’s job, so being home for the holidays meant a lot to the couple.

They spent the morning before Christmas visiting some of their favorite Pittsburgh locations, starting with breakfast at Pamela’s before heading to PPG Place.

“I just really hoped for it,” Mallory says. “I was pretty anxious that day because I love the Christmas tree at PPG Place, and I thought, ‘Oh maybe he’ll do it here.’”

The couple walked around and admired the massive decorated tree, but when they left to go to the Duquesne Incline, a proposal had yet to take place. 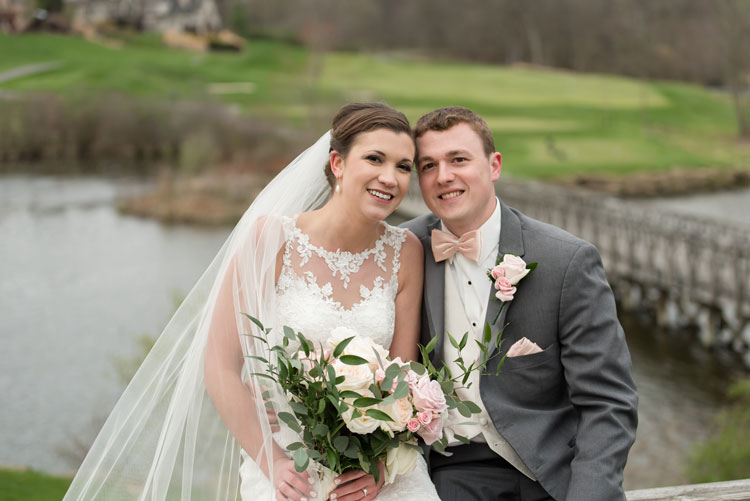 “I was still kind of hoping that it was going to happen, but I didn’t want to get my hopes up. Even though they were definitely up,” Mallory says.

The weather that day wasn’t great, with rain and a cloudy sky setting the scene, but when Jonathan knelt on one knee on Mt. Washington, all of that faded away. Because the proposal happened the morning of Christmas Eve, though, they waited to tell their families until after Mass that evening.

“I didn’t want to make a big fuss about it at Mass and [wanted] to keep the surprise until everyone was all together,” Mallory says. “I knew they were going to be loud and react how they did, so I didn’t think that was appropriate to do at Mass.”

When Mallory thinks back to the proposal, she loves how the experience added to the joy of their holiday celebration.

“It just made the holidays so much more fun,” she says. “With each person that walked into the house, we got to tell them and see their excitement and celebrate with each of them.” 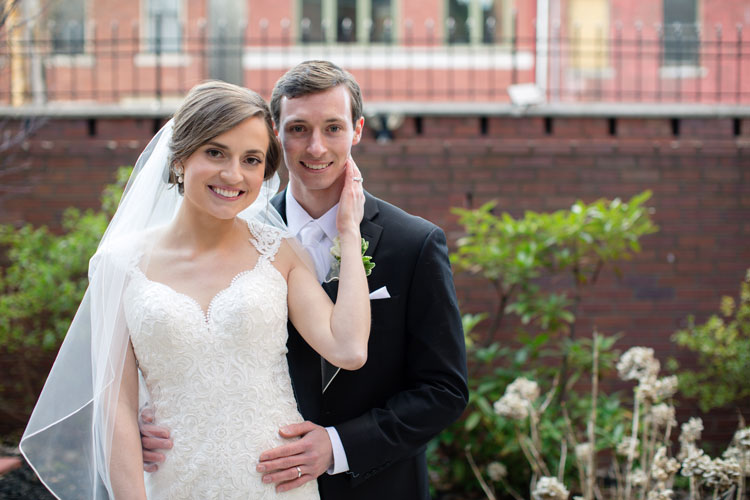 Another Pittsburgh bride didn’t start her night anticipating a proposal. But as the evening unfolded, Sarah Very began to wonder if her boyfriend, Carson Barnes, had something up his sleeve.

“I love Christmas, and he knows that, so he wanted to take me on a Christmas date after work,” Sarah says.

Their date also began Downtown, where they did some shopping in Market Square. Sarah recalls taking a lot of pictures even though it was chilly outside. When Carson took her to dinner on Mt. Washington, she started to have an inkling that their relationship was about to change.

“We looked around the city, and then suddenly he got down on one knee,” Sarah says. 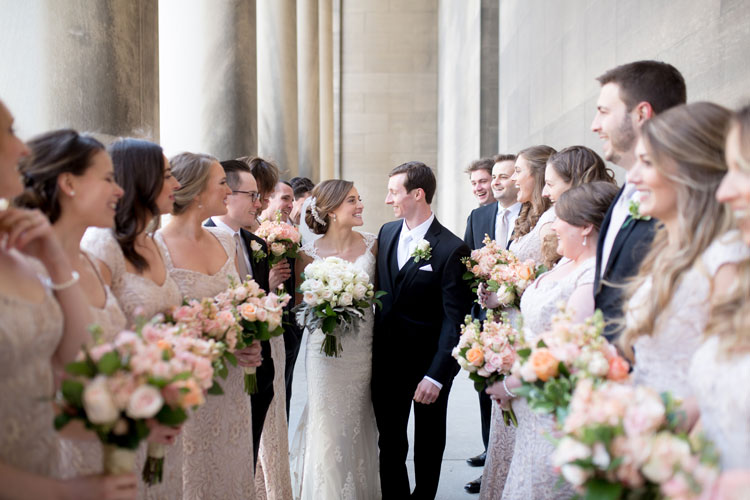 She didn’t know it until after she said “yes” that her whole family was hiding in the area to make the moment even more of a surprise. She says Carson knew she would love to celebrate with her family, so having them there would be that extra, thoughtful step. They spent the night celebrating a new chapter with their friends and family.

“We had been long distance for a while,” Sarah says. “We were waiting to be together.” 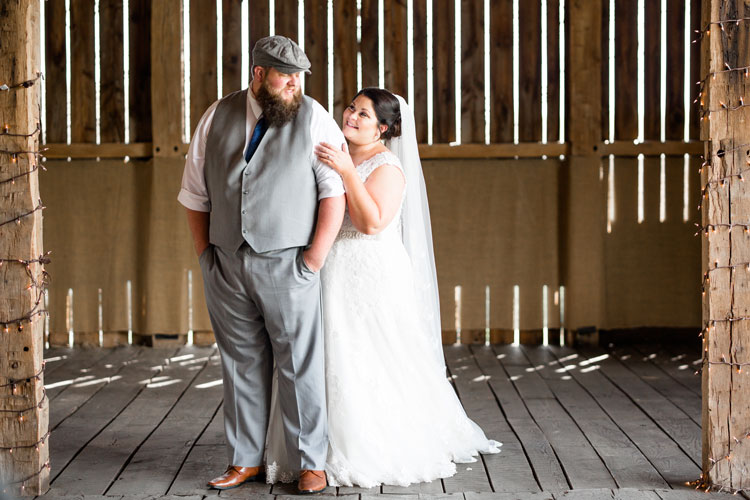 Sometimes, though, a proposal comes as a complete surprise. Sarah Kolcun was entirely caught of guard when her boyfriend, Mike Tevis, proposed to her at Shadrack’s Christmas Light Show in Butler. Even though the couple had talked about getting engaged, she didn’t think that’s when or how it would happen.

“It didn’t cross my mind that it would happen that night,” Sarah says. “We were actually a little on edge because we were running behind and wanted to make it on time.”

But as they posed for a photo, Mike turned to her with tears in his eyes. She didn’t know why he was so emotional until he got down on one knee.

“I was freaking out because I had been waiting my whole life for this,” she says. 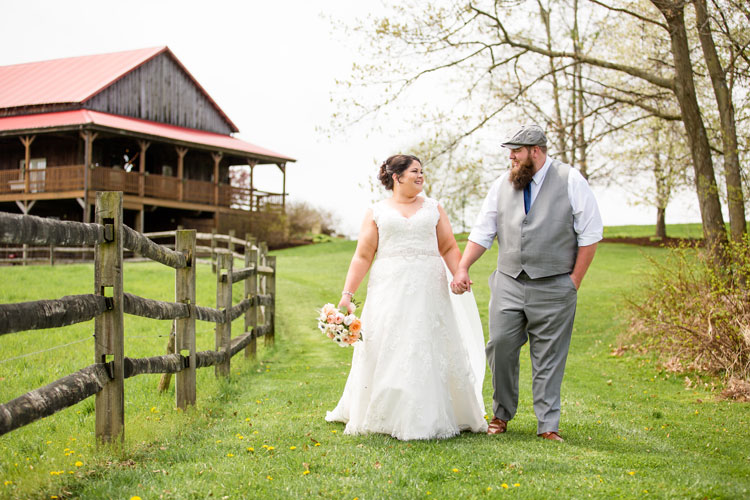 Sarah and Mike planned the light show excursion with his family, so he let them in on the secret that morning. As key players in this special moment, they helped with pictures and making it into one big celebration.

“It meant everything to have them there,” Sarah says.