Multi-talented performer Dan Rice may be “the most famous man you've never heard of.” 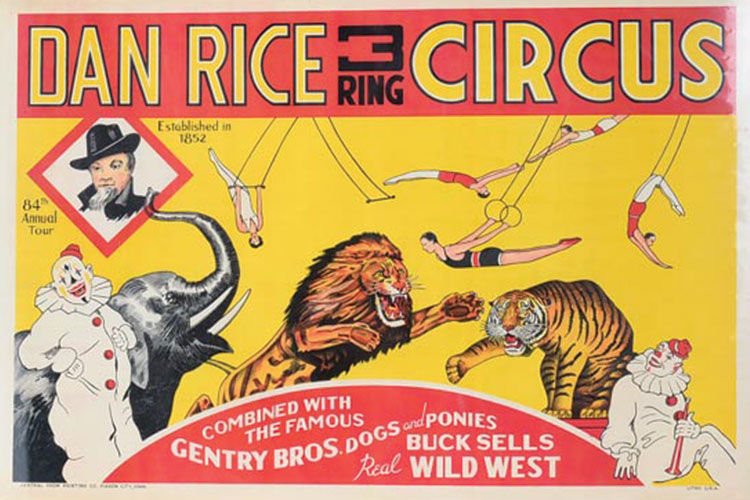 Around the middle of the 19th century, most people knew Dan Rice: a circus impresario, a clown, a comedian, a storyteller, an animal trainer, a political humorist and, in 1868, a somewhat serious candidate for president. In the years before the Civil War, he made and lost fortunes, competed viciously with other traveling circuses, re-wrote Shakespearean tragedies and delighted audiences with unexpected jokes, tricks and stunts. In 2001, David Carlyon published a detailed biography, “Dan Rice: The Most Famous Man You’ve Never Heard Of.”

Pittsburghers had a special affection for Rice. Although he was born in 1823 in New York City (under the name Daniel McLaren), he came to Pittsburgh at age 14 to deliver a horse — and stayed. As a young boy, he had learned how to ride and work with horses; in the rapidly growing Smoky City, he got a job in Edmund Massingham’s stable near the Monongahela at the corner of Front and Ferry streets. 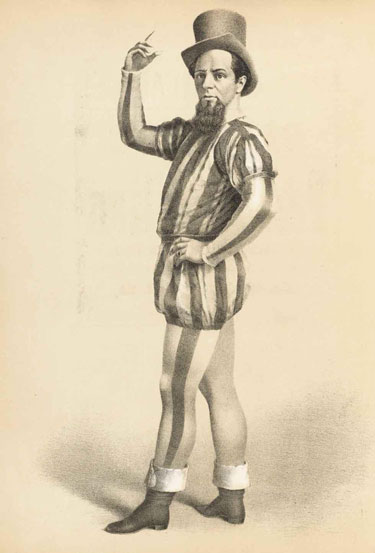 As a teenager, he was often hired as a carriage driver. Although he was known to boast and embellish his stories, he claimed to have driven Charles Dickens from the Allegheny Arsenal in 1842, when the English novelist spent a few days in Pittsburgh.

The young horseman also struck up a friendship with Morrison Foster, the older brother of composer-to-be Stephen Foster. It seems very likely that Rice’s musical talents may have been well known at Foster’s home.

When he was 17 or so, Rice married a girl from Lower Saint Clair Township (now part of the South Side) named Margaret Ann Curran. He described their speedy courtship: “I met her one evening and we went around the corner and were married.” When he eventually made his name in the circus, he taught Margaret equestrian tricks that allowed her to become a regular part of his shows.

In 1843, when the Samuel H. Nichols Circus and Theatre took up winter-long residency in Pittsburgh, Rice joined the troupe, taking on roles as a clown, singer, dancer, actor and comic monologist. The gig earned him acclaim, leading him to team up with many traveling entertainments.

In 1853, after success in New Orleans and along the Mississippi and Ohio rivers, Rice came back and wowed Pittsburgh. He then travelled north to the town of Girard, near Lake Erie; although the town was not crazy about having a resident circus, he bought property and established a home for his family, his performers and his animals there.

During and after the Civil War, Rice’s career suffered as he became involved in politics. He staged at least six farewell tours in the 1860s. His final few decades were rough, filled with financial woes and unsuccessful attempts to revive his reputation. He died in 1900 in Long Branch, N.J.

He may be most remembered now in Girard, which every August holds a festival: Dan Rice Days.

This article appears in the October 2018 issue of Pittsburgh Magazine.
Categories: From the Magazine, Rick Sebak