Research into Andrew Carnegie’s marriage reveals an unlikely, albeit tenuous, connection between the Pittsburgh icon and the 45th President. 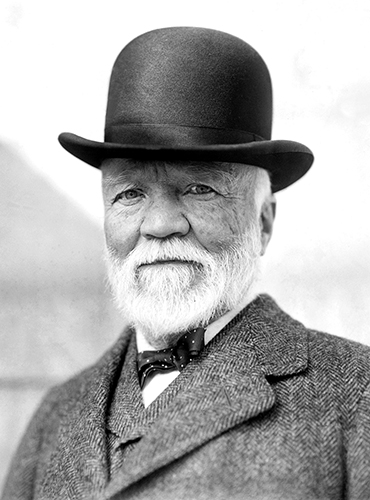 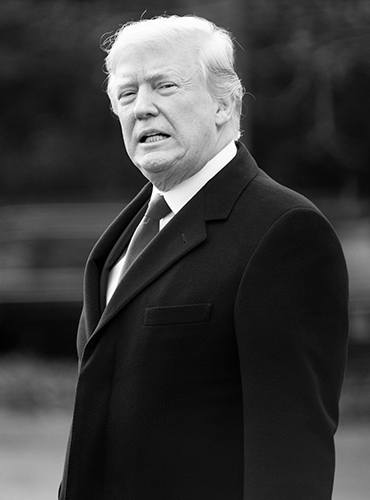 I’ve been to Whitfield, the restaurant in the Ace Hotel Pittsburgh, several times. It wasn’t until I was there doing a story for my recent WQED program, “Meat Pittsburgh,” however, that I wondered about its name. It was easy to find an old Tribune-Review article about the opening of the restaurant, which said the Whitfield is “named after the street that Ace occupies, South Whitfield, as well as a nod to Andrew Carnegie’s wife Louise Whitfield Carnegie.”

But the street? Was it named for Carnegie’s wife too? Unlikely. By looking through old Pittsburgh maps, I could see that Whitfield Street had been there for quite some time. (It’s “Whitefield” on some maps.) I found an 1883 advertisement for a folding mattress company at the corner of Penn Avenue and Whitfield. So when did the Carnegies get married?

Louise Whitfield Carnegie was a young woman from a prominent New York City family. She grew up comfortably in Chelsea and Gramercy Park, a very different childhood from Andrew Carnegie’s hard-working boyhood as a Scottish immigrant in Allegheny City. By 1870, Carnegie had taken up permanent residence in New York, while his very successful businesses stayed in the Pittsburgh area.

He and Louise started to pay attention to each other around 1880. They married in a small ceremony at her family’s house on April 22, 1887, when she was 30 years old and he was 51.

An 1887 wedding means that the street in East Liberty was most likely not named for her. I never found a namesake for the street, but while I was down a research rabbit-hole, I kept reading about the Carnegies.

As a wedding gift, Carnegie bought Louise a house in Manhattan at 5 West 51st St., where in 1897 their daughter Margaret was born. In 1902, the Carnegies fixed up a grand summer estate with a castle at Skibo in Scotland and also built a huge new house near Central Park, filling an entire block. After Andrew Carnegie died in 1919, his widow Louise continued to live there until her own death 27 years later. She often summered at Skibo, having developed a love for her husband’s native Scotland.

In May 1930, an 18-year-old young woman named Mary Anne MacLeod emigrated to New York City from the town of Tong (pronounced “tung”) on the island of Lewis in the Outer Hebrides, off the west coast of Scotland. She found a job working as a servant for Louise. Mary Anne may have stayed there as long as four years. Records show that in March 1934, she returned home to Scotland for a brief visit.

Back in America by 1936, Mary Anne MacLeod married a man she had met in New York — his family was German — and together they had five children.
The fourth of those children was Donald Trump, future real-estate mogul, reality TV star and the 45th president of the United States.

Trump rarely talks about his mother, who passed away in August 2000. Her connection to the Carnegie Mansion is noted on the Wikipedia page for Louise Whitfield Carnegie, where it states that Mary Anne MacLeod indicated that she was a maid to Mrs. Carnegie on a U.S. Census form. I like the unexpected connection.

This article appears in the April 2018 issue of Pittsburgh Magazine.
Categories: From the Magazine, Rick Sebak