The First Lady's many area trips endeared her to the region — and one community in particular. 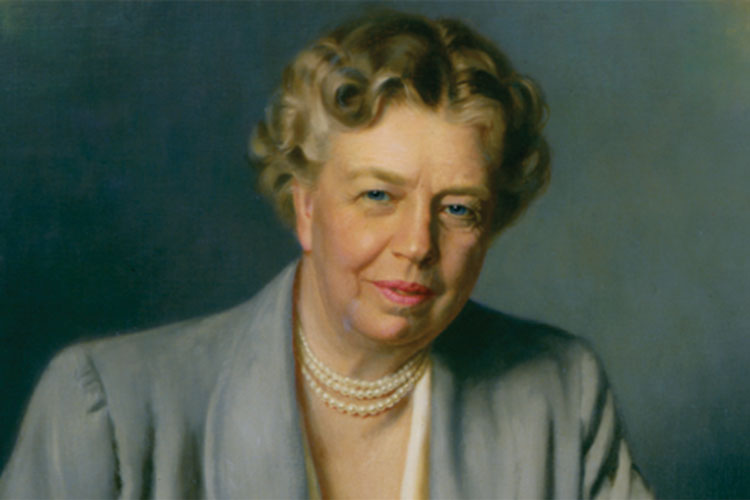 Eleanor Roosevelt found many reasons to visit Pittsburgh. She often campaigned for her husband and other Democratic candidates. She advocated for low-income housing projects and led efforts to improve the lives of the poor and unemployed in the tri-state area. She gave speeches to groups including the United Steelworkers, the United Jewish Appeal, the Pittsburgh Press Club and, in 1960, Citizens for Kennedy.

Small though it may be, a local town is named for the former First Lady. During the Great Depression, the federal government built an experimental community in western Pennsylvania, a model town called Westmoreland Homesteads. Located in Mount Pleasant Township, the project — part of the National Industrial Recovery Act of 1933 — featured 254 simple, new Cape Cod houses surrounded by ample plots of land. The affordable, lease-to-own housing was a bold attempt by the Roosevelt administration to help displaced workers, including many out-of-work coal miners, to start new lives in a comfortable, rural setting.

The idea was so popular that about 1,850 families applied for the 254 spots. In May 1937, with all the houses occupied, the First Lady came to see the place. She had pushed for the homes to be up-to-date, with indoor plumbing, electric lights and modern conveniences, making her a champion to the community. After her visit, the residents decided to name their new town Norvelt in her honor (using the last syllables of Eleanor and Roosevelt). Although government support for the unusual experiment ended in 1944, Norvelt is still a handsome little community in the rolling hills east of Pittsburgh.

In 1958, she gave a series of interviews for the WQED series “Heritage.” The format gave her and other famous Americans (including Robert Frost and Louis Armstrong) a chance to discuss their lives and accomplishments in a casual, conversational style. Sam Silberman, the studio director on the series, recalls that Roosevelt made four programs, talking about her upbringing, her time in the White House, her human rights work with the United Nations and people she had met along the way. Although originally preserved on kinescopes, no copies of the interviews are known to exist.

In a 1961 edition of her syndicated newspaper column, “My Day,” she wrote about a flight from New York to Pittsburgh on a snowy, February Sunday; she was unable to land near the city due to runway conditions and ended up in Columbus. She decided to take a Greyhound in an effort to keep a dinner engagement. Instead, she sat for hours in a traffic jam near Washington, Pa.

“I have the Governor of Pennsylvania, Mr. David Lawrence, to thank for the fact that the state police finally came to inquire if I would not be willing to walk a mile to where we could get on an alternate road and perhaps get around the jam,” she wrote. “The young bus driver held me firmly by the arm and insisted on walking all the way with me. His friendliness and cheerfulness all the way I shall always remember.” She missed all her appointments but eventually arrived in Pittsburgh — only to immediately catch a late train back to New York. It would be her final visit to the city.

This article appears in the September 2018 issue of Pittsburgh Magazine.
Categories: Rick Sebak